Leah McLaren on how the network firing its star was not a watershed moment, it was just recent history repeating itself 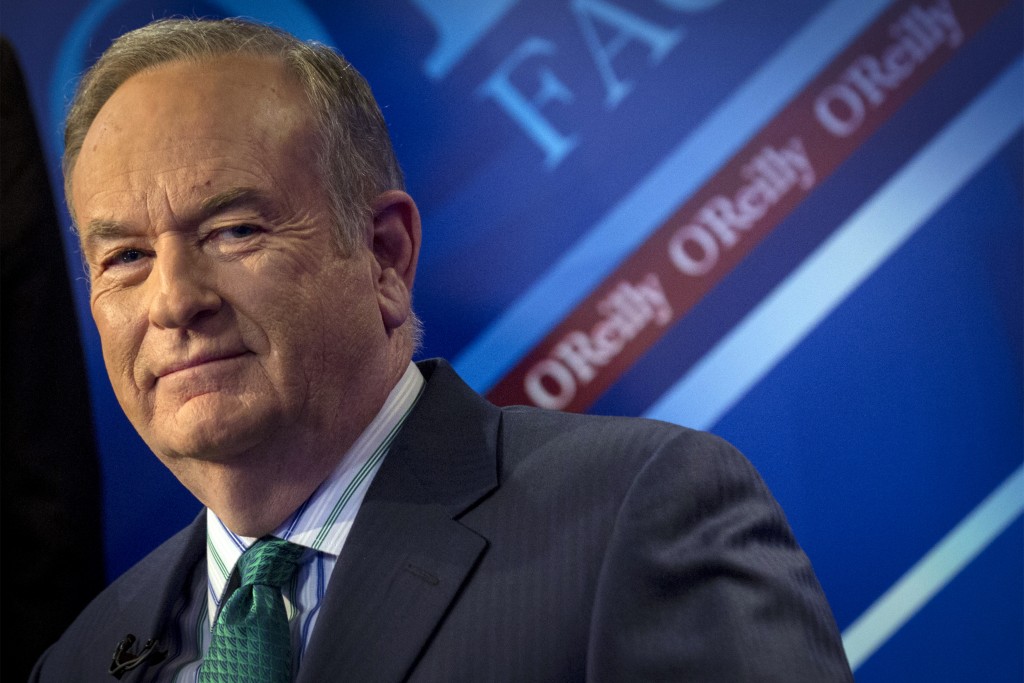 This is true of nations and families, but it’s perhaps most painfully evident today in the arena of big business. Sick leaders make for sick companies and once a moral rot has set in, it’s almost impossible to stop it from spreading. Sick companies don’t tend to have much success at healing themselves.

At Fox News last week, the symptoms that have been riddling the network for years now once again began to fester—this time in the very public firing of Bill O’Reilly, until recently the network’s “top asset” and the host of the nightly The O’Reilly Factor, amid allegations of sexual impropriety.

As a media organization best known for afflicting the afflicted and comforting the rich, Fox is predictably poor at policing its own leadership. As both the culture and the content of Fox suggests, the whole point of angry rich white guys like O’Reilly is that they ought to be able to do whatever they want whenever they want to whomever they want whilst getting handsomely remunerated for it.

By the end of this week, for O’Reilly, only one of those things is still true.

You might think this signals some sort of watershed moment for the organization, but let’s be honest here: Not a chance.

For Fox, the events of this week are not new. The generously paid-off O’Reilly vehemently denied the allegations. The network released a boilerplate statement. So far, so familiar.

In many ways, this most recent scandal is little more than recent history repeating itself—a company engaging in the same craven, arse-concealing behaviour and expecting a different result, which is, of course, the definition of institutional insanity.

Last year, Fox chairman Roger Ailes was finally bounced after years of rumours of sexual impropriety. One of the network’s top female anchors, Gretchen Carlson, won her sexual harassment case against the network and received a US$20 million settlement, which sounds pretty sweet until you find out that Ailes received $40 million for his own trouble.

O’Reilly’s reward for his alleged creepery was not quite so grand—reportedly just one measly year’s salary, upward of a paltry $25 million—but even that is a stunning testimony to Fox’s inability to learn from its most public (and expensive) mistakes.

After Ailes, of course, the network promised up and down it would clean up its act. No letting powerful men grab the ladies by the you-know-what’s. No more having to pay off said ladies when they kicked up a fuss about it afterward. A bunch of Ailes’s cronies were turfed. A new head of human resources was appointed. The sensitivity trainers came in and presumably subjected a bunch of cranky, deadline-driven TV producers to trust exercises involving falling backward into each other’s arms. But somehow, despite this valiant effort, nothing much appeared to change. Fox kept pumping out its river of factually questionable bile, Trump got elected, and earlier this year O’Reilly’s contract came up for renewal.

Unbeknownst to the public, the supposedly new and improved Fox Network had, by that time, become aware of several allegations of sexual harassment against O’Reilly. It had even settled out of court with two of the women. But did this strangely familiar mess make them stop and think, “Hey, maybe we should dump this guy?” No it did not.

Instead, Fox network executives tried to have their cake and eat it too. By which I mean they used the accusations against O’Reilly as leverage in contract negotiations so that when they signed him back on again they were more protected than they had been with Ailes. They could dump him for $25 million instead of double that when and if they needed to. Now that’s what I call cleaning up the culture. Sweep, sweep, sweep!

And before you point out that at least they did the right thing and cut him loose, let’s pause to consider the reason why. Was it because multiple women had accused him of sexual harassment and female employees don’t tend to make up allegations like that, especially in multiples, for no good reason? No, it was not. Fox dumped O’Reilly because once the allegations became public (thank you, New York Times), sponsors started pulling out of his show. And with the advertisers goes the revenue and with the revenue goes O’Reilly’s protected status as a “top asset.”

For all those Fox fans who believe fervently in the unfettered power of the great American free market, there is a kind of poetic justice at work here. It seems fitting that a guy like O’Reilly should be taken down by the same brand of predatory capitalism that created him.

Call it the trickle down economics of sick companies. If it weren’t so sad, it would be kind of sweet.