What it's like to be a Girl Scout in Syria

As Canada's Girl Scouts decide to avoid trips to America, here's a look at the guides in a country affected by Trump's travel ban 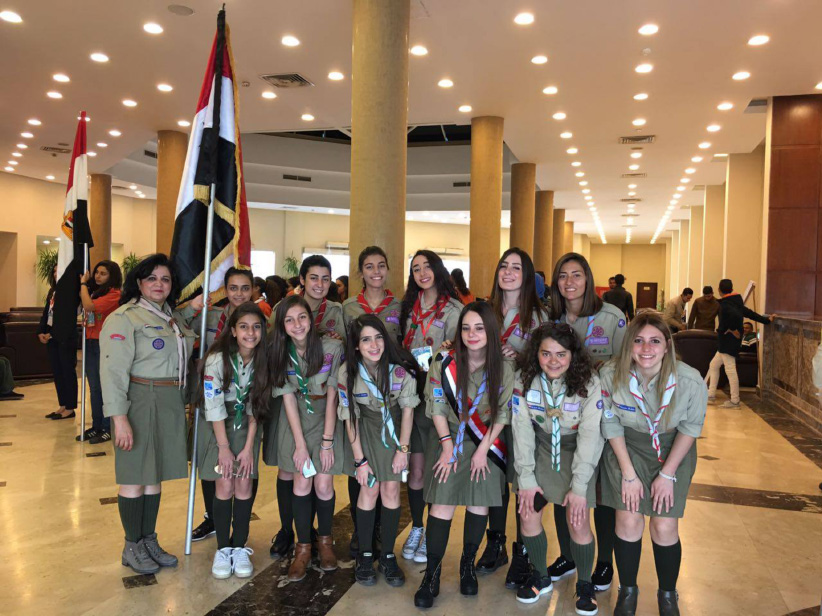 A Syrian girl scouts group is pictured in Damascus. (Scouts of Syria)

On Mar. 13, the Girl Guides of Canada announced that the organization would not be travelling to the United States until further notice, saying that it didn’t want to risk leaving any girl behind, as some of their girls originate from the six countries currently affected by America’s travel ban. They’re also standing in solidarity with girl guides and scouts who aren’t just from these countries but actually live there; Yemen, Libya and Sudan all have guiding groups, with unique experiences well beyond the traditional cookie fundraiser. To illustrate, here’s a look at what it’s like to be a girl scout in Syria.

On Saturday afternoons in Damascus, in the neighbourhood of Mashrou Dummar, along come the girl scouts. They spill into a school for their meeting, sleeves patched with badges, hair mostly uncovered, and skirts ending at their knees. Bypassers “don’t say anything, but their face says it all,” explains Ola Quaiter, a 21-year-old leader of the group. “But we don’t really care because it’s our uniform.”

Scouts of Syria is 1,020 girls strong, divided into a dozen troops that have spread to Hama, Latakia and Aleppo. For a country in the middle of a civil war and skimming the bottom of the gender inequality index, girl scouting is an extracurricular to behold. Combining Muslim and Christian girls and sometimes boys, the scouts go to summer camps in the desert, clean up communities in extreme poverty, and learn to play trumpets, do first aid, and find shelter during bombings—all for a monthly fee of the equivalent of three U.S. dollars. 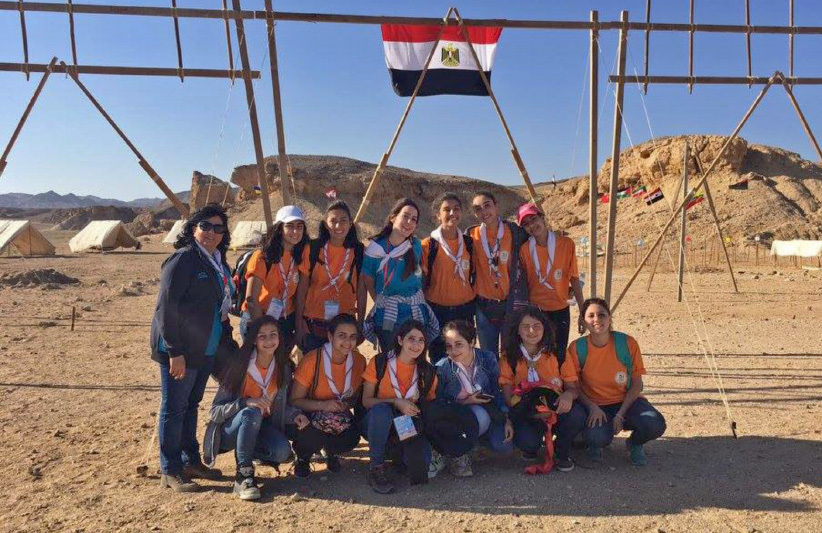 Survival skills focus not just on the wilderness, but also on war. They are divided into squads based on age, from 7 to 18 (the youngest are called “Zahrat,” the Arabic word for “edible brownies”). The girls learn to defend themselves from attackers with any available weapon, such as a stick or plank of wood. In the case of aerial bombings, they learn to run to the closest basement. “When we hear there is bombings going on,” Quaiter says, “we cancel the meetings.” Fortunately, her neighbourhood is among the safest in Damascus, a middle-class suburb where she lives with her mother and father, a teacher and engineer.

At meetings that go ahead, some troops play instruments and visit poor districts to collect litter and teach dances to other kids. At the halls or schools where the girls meet, one bonding activity involves lying on the floor with their heads resting on each other’s bellies and feeling each other laugh. To earn a badge called “Free Being Me,” the girls hold up a mirror and name things they love and hate about themselves, as well as learn about how models on billboards get photoshopped. “You can’t achieve that perfect-ness,” Quaiter now knows.

Though women are gaining sway in the country’s cities, gender inequality is embedded in Syrian law. The legal age for marriage for girls is 17, but exceptions allow the wedding of girls as young as 13; the civil war, meanwhile, has increased forced underage marriages in rural areas, while the rare but notorious “honour killings”—in which a man kills a female family member when he suspects she has cheated on him—persist. Even in the cities, women can be verbally harassed for not covering their hair or limbs. “I don’t like to do what they expect me to do,” says Quaiter, who prefers shorts in the summer. “I’m not hurting anyone by dressing in a certain way. That’s what they don’t get.” 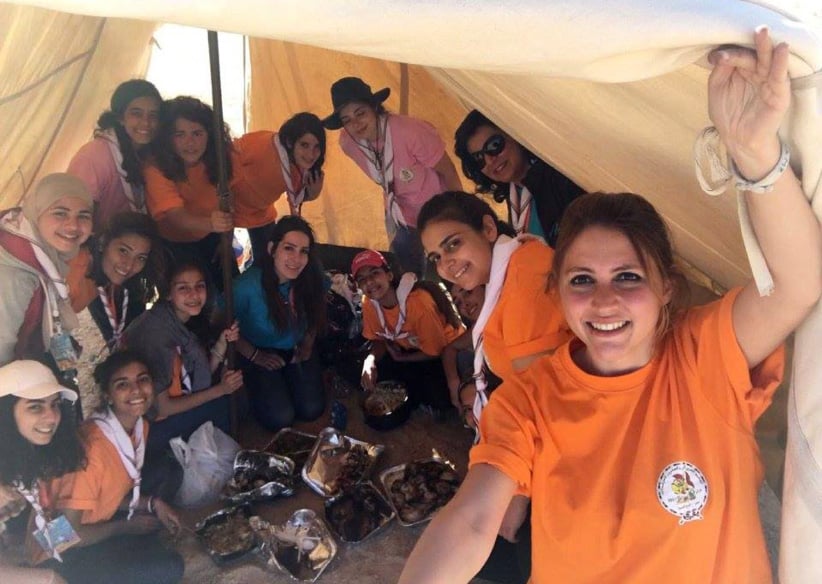 A Syrian girl scouts group is pictured at a summer camp in 2016. (Scouts of Syria)

Girl scouts adhere to a few extra laws: “A girl scout is thrifty. A girl scout is useful. A girl scout smiles under all difficulties.” At each meeting, they stand at attention, hold three fingers at shoulder height and recite an oath: “On my honour, I promise that I will do my best to do my duty to God and to my country, to help others and to obey the Girl scout/Girl Guides law.”

“God” is ambiguous, as the troops span religions. They celebrate Eid al-Adha and Eid al-Fitr and Christmas, and they will spend one Saturday afternoon in April painting Easter eggs, while some girls periodically excuse themselves to pray.

Girl scout camp happens in the desert, for Quaiter’s group, on land owned by a farmer within the bounds of Damascus. They set up mazes, built fires and cooked dishes made of lentils, peas and rice. After applying for visas to Egypt, they also made a 24-hour trek by plane and bus to meet scouts at a camp north of Cairo. They went scuba diving, parasailing and, to Quaiter’s alarm, rode camels. “It feels like you’re gonna fall down and break your neck,” she says. For treats, they brought homemade buttery pistachio and sesame cookies.

Syrians don’t do girl guide cookies, but they do fundraise by making bracelets and necklaces. They occasionally set up fairs at a church and let customers come to them. They don’t regularly receive funding from the government, but they have gotten subsidies to travel to jamborees. In the 1980s and 1990s, the governing Arab Socialist Ba’ath Party prohibited all youth groups, but in 2000, when Bashar al-Assad was elected president and aimed to make the country appear westernized, the girls were allowed to get back at it.

Quaiter hopes—and plans—to one day travel to the United States. “It upsets me of course because [Trump] banned all Muslim people from entering America according to some few people who don’t represent us. Not all Arab people are the ones who are bombing around.”

Even if not with guides, she expects to travel to America alone after the ban lifts. She doesn’t yet have her driver’s license, but she aims to land in New York, buy a car and drive with utter freedom—“in a very old American car, that doesn’t have seating or a roof.”