It’s not just religious extremism driving ISIS fighters. There are some serious drugs, too. 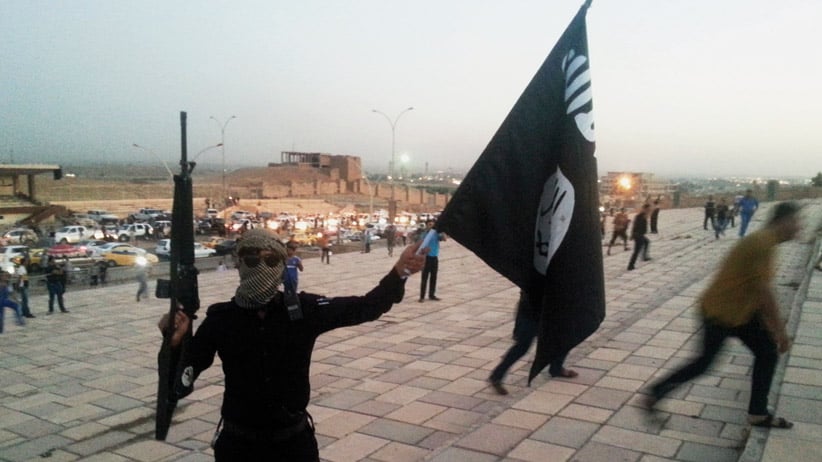 As if ideology were not enough to fuel the madness of Syria’s civil war. Over the past few months, a growing body of evidence is emerging that shows every side of the conflict turning to drugs, and one drug in particular to keep its fighters fighting.

Little known in the West, Captagon, or phenethylline, a powerful amphetamine first synthesized in 1961 by a German pharmaceutical company, has reportedly become the drug of choice in a war where battles rage for weeks and fighters must find ways to keep going.

Users describe its effects as overwhelming, producing almost superhuman powers. “If there were 10 people in front of you, you could catch them and kill them,” one former fighter in Syria told the BBC. “You’re awake all the time. You don’t have any problems, you don’t even think about sleeping, you don’t think to leave the checkpoint. It gives you great courage and power.”

Drug use, amphetamines in particular, is nothing new in wartime. During the Second World War, the British, German, American and Japanese all used drugs to keep their soldiers alert and motivated. It’s estimated the U.S. army distributed as many as 200 million speed pills to their troops over the course of their four-year involvement in the war.

But in Syria, and the broader Middle East where its use has reached epidemic proportions, Captagon has achieved something of a mythical stature. “I felt like I own the world [when] high,” another user told the BBC. “Like I have power nobody has. A really nice feeling.”

Captagon was initially used to treat attention deficit disorders, narcolepsy and depression before its addictive qualities and harmful side effects, including brain damage, were discovered. It became illegal in most countries in 1981 but found a new lease on life in the Middle East.  An estimated seven tonnes—or 30 per cent of the world’s supply—flows into Saudi Arabia, according to a 2010 UN Office on Drugs and Crime estimate. Production facilities, previously concentrated in Lebanon, have shifted over to Syria since the onset of the civil war there, drawn by a breakdown in law and order, not to mention a massive spike in demand.

That trade, estimated at more than $1 billion annually, is now reported to be fuelling arms purchases for rebel groups, possibly for Islamic State as well, whose fighters are no strangers to drug use, despite their public declarations of piety.

“I’ve seen piles of prescription drugs in ISIS positions liberated by the Free Syrian Army,” says Jake Simkin, a freelance photographer who has spent months with moderate rebels on Syria’s front lines. “They definitely take Zolam, which is I think similar to Captagon. Under heavy fire, they probably take some sort of speed-type drugs as well.”

But prescription drugs, officially banned by Islamic State religious leaders, are not the only stimulants the group is using. In January, a Vice reporter was shown cocaine at an Islamic State position in Kobani that had been taken by Kurdish forces.  Similar reports of drug use among Islamic State fighters, like chewing khat, a powerful stimulant endemic to North Africa and the Arabian peninsula, have been reported elsewhere.

But it is Captagon that is causing a buzz among Syria’s rebels. In a war where the most potent fighters claim to be driven by the will of God, a synthetically produced will appears to be the answer. But even Islamic State’s fearlessness is looking less and less to be the product of an abstract ideology. They may well be, like everyone else, simply high.