What shock-and-awe accomplished for Putin in Syria

With Syria, Vladimir Putin wanted the world to know Russia is once again a major military player. Mission accomplished. 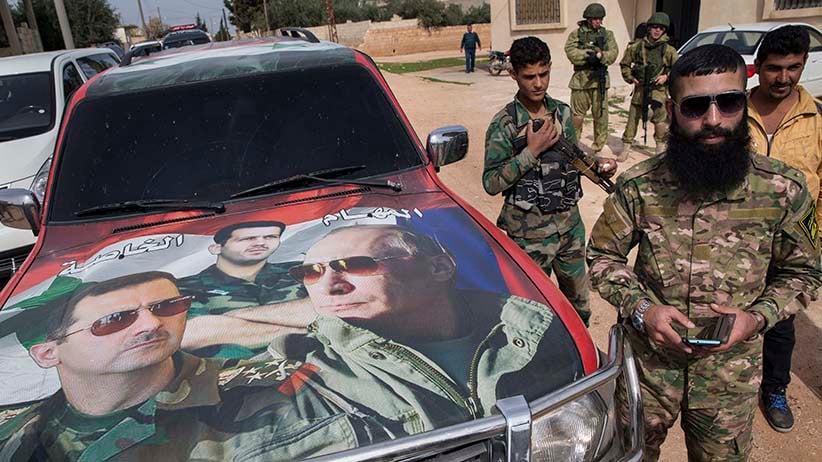 It was perhaps the most undramatic moment so far in Vladimir Putin’s colourful political career. In an otherwise bland and un-noteworthy speech broadcast on Russian state television on Monday, President Putin announced he would be withdrawing the “main part” of Russian forces from Syria.

The surprise move couldn’t have come at a more propaganda-friendly moment. Just hours earlier Staffan de Mistura, the UN special envoy to Syria, had opened the latest round of peace negotiations in Geneva, Switzerland, with a press conference, and his tone had been dire.

“The only Plan B would be a return to war,” he said of the options available to Syria if talks fail, “and it would be worse than before.”

Considering the significance of what Putin was announcing, the Russian president’s delivery was uncharacteristically low-key.

“I believe that the goal set out to the ministry of defence and the armed forces has in large part been fulfilled,” he said, as if he was referring to a change in the army’s laundry procedures.

The message however was unequivocal: Mission accomplished.

Russia’s own shock-and-awe tactics seem to have had more success in Syria than the American version in Iraq. Starting at the end of September last year, five months of relentless bombing turned the tide of the war. The Syrian regime, along with its Iranian-backed militias, made dramatic advances in the wake of the devastation Russian bombs wreaked.

Experts were taken aback: no one had believed the Russian military fielded the kinds of capabilities needed to mount such a sustained operation so far from its borders. But within weeks Russian forces had rebuked the pundits. The brute force of the campaign was troubling. Tens of thousands of civilians were displaced, adding to the already devastating refugee crisis.

Calls for a ceasefire mounted and on Feb. 27, a tentative cessation of hostilities took hold. Defying most predictions, it mostly held and led directly to the peace talks now under way in Geneva.

Russia’s latest twist has delegates buzzing. Some, including U.S. officials, have cautiously applauded the move while others have been less impressed.

“Nobody knows what is in Putin’s mind,” a spokesman for the main Syrian opposition group, the High Negotiations Committee (HNC), told CNN, “but the point is he has no right to be in be our country in the first place. Just go.”

It’s unlikely that will happen. While the military withdrawal is reportedly significant, equally noteworthy is what the Russians are leaving behind: Two military facilities, located in regime strongholds on Syria’s Mediterranean coast, will remain operational, Putin said, manned by an estimated 800 personnel. The Russians would also continue to fly reconnaissance missions while “specialists” would remain on the ground to advise Syrian commanders, bringing the total size of the Russian military presence to around 1,000. 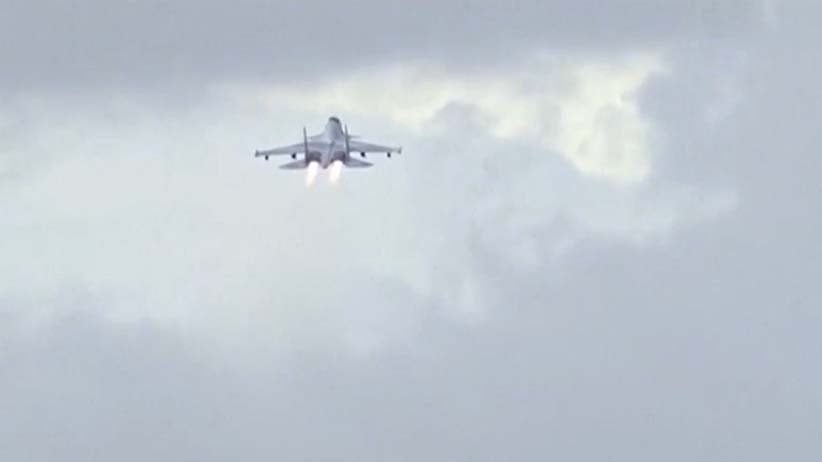 A Russian military jet takes off from the country’s air base in Hmeymin, Syria, to head back to Russia, part of a partial withdrawal ordered by President Vladimir Putin, in this still image taken from video shot on March 15, 2016. (Russian Ministry of Defence via Reuters TV/Reuters)

Most experts read Russia’s military withdrawal as a message to Assad and the Syrian regime. Going into Monday’s meetings, regime delegates had insisted that talking political transition in Syria would be a red line. Assad’s future, de Mistura conceded, is the one issue that has the potential to derail any negotiated settlement.

The Syrian regime’s intransigence has annoyed Moscow, insiders say. During a February panel discussion in Istanbul on “Making sense of Russia’s Syria intervention,” Ekaterina Stepanova, a researcher at the Institute of the World Economy and International Relations in Moscow, argued a more nuanced interpretation of Moscow’s intentions. Russia is willing to reduce Assad’s political influence in Syria, she said, in exchange for his political survival. What Moscow envisions for Syria, she said, is better representation for minorities and decentralization of government, “something between the old regime and Lebanon.”

In this context, the Assad issue would become a “technicality” between Russia and the U.S., she added.

Ultimately, the Russians would prefer to see Assad survive, or at the very least his Baathist political allies, who would continue to rule over their strongholds in Syria, namely the coastal region where Russia has set up its permanent military bases. And it looks increasingly likely the Russians will get their way.

Moreover, military experts warn there is nothing permanent at all in the withdrawal of Russian forces. The speed with which they were deployed, and the equal rapidity with which they are withdrawing, is in itself a message to the world, some say.

According to Dmitry Gorenburg, a senior researcher at Harvard University’s Davis Center for Russian and Eurasian Studies, who spoke to Maclean’s last month about Russia’s strategy, Syria was as much “a showcase for Russia’s military capabilities, primarily for NATO,” as it was aid for an ailing ally. In less than six months, the Russians have proven that they have not only vastly improved those capabilities but they have also been successfully tested on the battlefield, he said.

Putin now holds the best cards in Geneva. He has manoeuvred Russia into a position where its central role in Syria, and the broader Middle East, is assured. He has made the Assad regime so dependent on Russian protection that it will have little choice but to accept Putin’s “federalization” plans. And in the process, Moscow has demonstrated that it is again a major military player in the world.