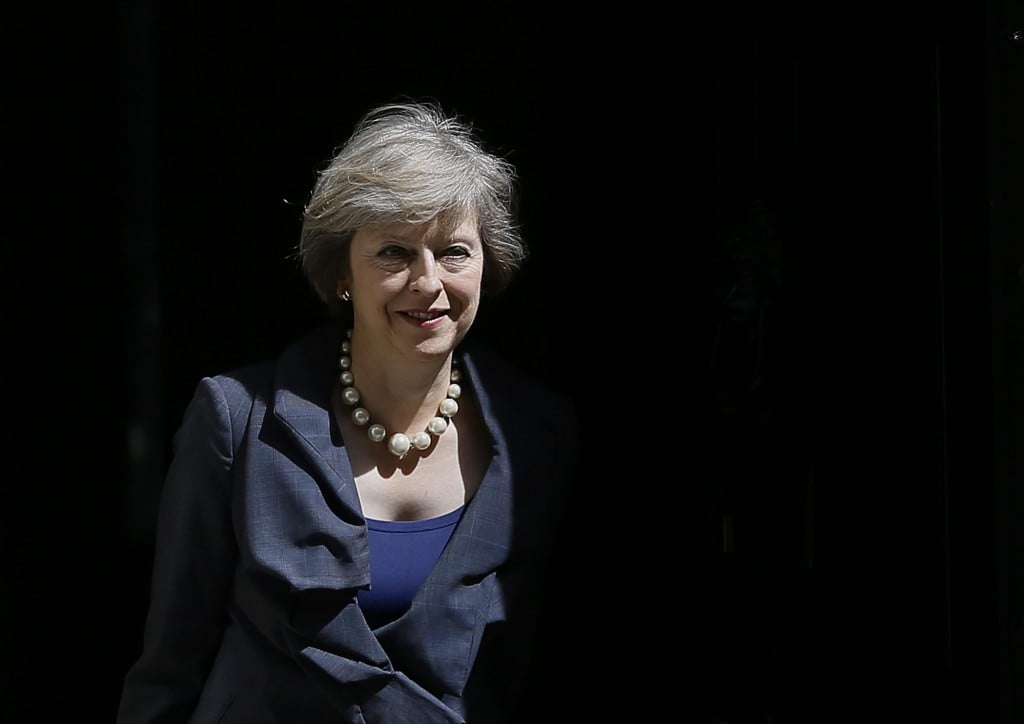 LONDON – Home Secretary Theresa May is set to become Britain’s new prime minister Wednesday when David Cameron steps down after six years at 10 Downing Street because of his defeat in the country’s referendum on European Union membership. May will be in charge of implementing the voters’ June 23 decision to leave the EU and strike an independent path. Here are answers to some questions about what happens next:

When will the new prime minister start the legal process to leave the 28-nation EU?

To start the process of a British exit from the EU, or Brexit, a prime minister must invoke Article 50 of the EU treaty. May has said she will not start the process until next year, but she may face strong pressure to accelerate the plan. She is becoming prime minister earlier than anticipated because her opponent withdrew from the Conservative Party leadership contest, and some leaders of the campaign to leave the EU want the legal process to begin right away. EU leaders are also pressing for faster action. May has said there is no rush and that she wants Britain to establish its negotiating priorities before starting the Article 50 process, which imposes a two-year deadline on negotiations. May did not back the campaign to leave the EU, expressing a preference to remain part of the bloc, but she now emphasizes that “Brexit means Brexit” and says the voters’ wishes will be respected.

Will she be able to change her mind about Brexit if the political and economic climate shifts?

Article 50 is designed to be irreversible once it is invoked, in large part to discourage countries from threatening to leave in an attempt to negotiate more favourable terms. However, no major country has ever left the bloc before so it is not entirely clear if some way could be found to keep Britain from leaving even after the process has started if that’s what British and EU leaders want. The EU has been known for its ability to improvise, or fudge, solutions as needed, and if faced with economic turmoil it’s possible the union could find a way to remain intact.

Is May planning to handle the Brexit process herself?

May has said she will appoint a Cabinet-level Brexit minister along with a Brexit department to spearhead the negotiations with other European nations. It is not clear who that person will be. The process will not be simple: Thousands of treaties and agreements are in place and will have to be unraveled. Britain will also be seeking new trade arrangements with its former union partners. Many aspects of Britain’s economic and judicial systems have been intertwined with the EU for several decades and ties will now have to be severed. Just separating Britain from the EU bureaucracy will require a whole new bureaucracy to be established to manage the process. But May’s political future depends on a successful divorce agreement and she may choose to become directly involved, particularly in delicate talks with other European leaders.

Will May keep Britain in the single European economic market even after it leaves the EU?

This is one of the great unknowns. May has indicated she wants British firms to keep having unfettered access to lucrative European markets, but has insisted Britain can no longer accept the freedom of movement that has allowed EU nationals to move to Britain without any restrictions. European leaders guided by EU principles may be unwilling to give Britain access to European markets without accepting the free movement of people. Cameron was unable to win meaningful compromises on this point during his tenure, and it is not clear if May will fare any better. This is really the heart of the matter, with much riding – for both sides – on finding some common ground.

May is coming to power without having been elected and the opposition is calling for an early general election. If one his held, how would it affect May’s plans for Brexit?

The next scheduled general election is set to be held in 2020, but Parliament has the power to schedule an earlier vote. May said when she launched her leadership bid in June that she did not see a need for an early election. Once she is in power, it is possible she may ask Parliament to hold an early election if she feels a new election would add to the Conservative Party’s slim majority in Parliament. If an election is held, and if a candidate who strongly favours EU membership would be elected with a clear mandate from the public to keep Britain inside the bloc, it could have a substantial impact on the Brexit plan. But May is unlikely to risk an early election unless she is extremely confident of victory.

FILED UNDER: Brexit Theresa May U.K.