The highly unlikely, but not impossible, events of Flight 447

All bets are off, writes George Jonas, when imperfect man encounters the perfect storm 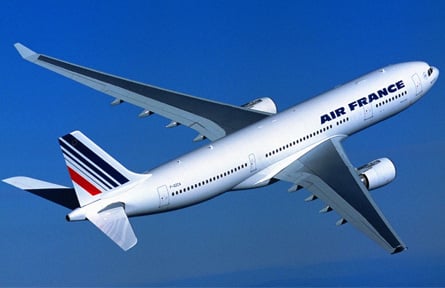 The first alert was a Twitter message. “Air France Airbus A330 missing over Atlantic, 228 on board.” At a mere 10 words, it was almost as terse as news of marine disasters from the days of sailing ships. “The Wayward, whaler, missing at sea.” By 0220 Greenwich Mean Time (GMT) on Monday, a French government official confirmed loss of contact with Flight 447, a twin engine Airbus 330-203, on route from Rio de Janeiro to Paris.

Departing  at 19:03 local time (22:30 GMT) on May 31st, the aircraft flew on a north-east heading, hugging the Brazilian coast. It would have reached its assigned cruising altitude of 35,000 feet by the time it left South America’s shoreline beneath its port wing.

From there, had things gone well, Flight 447 would have crossed the ocean and eventually reached the north-west coat of Africa. Beyond that, skirting the Western Sahara and Morocco, the jet would have entered the European Union’s airspace just north of what the ancients called the Gates of Hercules (and we call Gibraltar), thereafter to begin its long and gradual descent into Paris’s Charles de Gaulle airport.

But things did not go well.

Between the aircraft and its destination lay an area known as the Intertropical Convergence Zone. This equatorial region can produce spectacular thunderstorms that rise to altitudes exceeding the service ceilings of airliners, especially when fully loaded, making it impossible for them to “fly above the weather.” This leaves only the options to fly around the weather–or through it.

There’s also the option to turn around. Private or corporate pilots do it in general aviation, but it’s a manoeuvre almost unheard of for a scheduled airliner in cruise flight. A captain being turned around by an en-route storm would probably make the news, and not in complimentary terms.

Flying around an isolated thunderstorm in broad daylight is relatively easy. Pilots can see them from long distances away, sitting like monumental castles in the sky. Giving them a 10- or 20-mile berth is usually more than enough to escape their worst effects. Squall lines and storms associated with cold or warm fronts are harder to circumnavigate, and embedded thunderstorms or storms made invisible by night can only be avoided by the use of airborne weather radar and lightning detection equipment.

Thunderstorms vary in destructive strength. Storms powerful enough to harm an airliner are almost unheard of–almost, but not entirely. On the night of May 31, a storm the pilots didn’t detect or couldn’t avoid may have been powerful enough to knock Flight 447 out of the sky.

The Atlantic Area Control Centre (CINDACTA III) communicated with the Air France crew over an electronic (RNAV) waypoint called INTOL at 01:33, shortly before the plane with its 216 passengers (including one Canadian, 49-year-old Brad Clemes), nine cabin crew and three pilots departed ground-based radar coverage and began crossing the South Atlantic. Its next report would have been due over a waypoint called TASIL estimated at 02:20. At this point, the Airbus was flying serenely under a canopy of stars over an invisible ocean in its assigned altitude of 35,000 feet at a speed of 453 knots (about 839 km). The passengers of 19 European and 13 other nationalities–58 Brazilian, 26 German, 61 French 3 Irish, 2 American as well as travelers from Africa and Asia–were likely finishing their first scheduled meal of the flight.

About 12 minutes after it left radar coverage, and about 20 minutes before it was due to report over TASIL, Flight 447 ran into a thunderstorm. For the next 14 minutes whatever atmospheric forces shook, buffeted, or crashed into the Airbus in the form of lightning, hail, turbulence, and torrents of water, did enough to damage the plane’s electrical and pressurization systems. After a routine report over INTOL at 01:33 no further voice communication or distress call was received from the crew. There was aural and visual silence after the plane flew out of radar range at 01:48, but an automated data link reported the failure of the electrical and pressurization systems at 02:14.

A data link called ACARS (Aircraft Communication and Reporting System) connects via satellite the aircraft with certain ground stations. They are routine reports, automatically transmitted, and not normally monitored, until some anomaly is detected. In this instance the anomaly was Flight 447’s failure to report over TASIL. A search for the missing aircraft was initiated by the Brazilian Air Ministry about three hours later, at 05:33 UTC.

Why did a highly experienced crew—the 58-year-old skipper had some 11,000 hours—fly into a tropical thunderstorm? The skipper may have elected to take his rest period as cruise flight began, but the weather radar would have informed his first officer and his relief pilot, both experienced airmen in their 30s, that there was a vicious storm sitting in their flight path.

Maybe yes, maybe no, says Captain David Frid, a senior left-seater at Air Canada. For weather radar to help, first it has to be turned on. While there’s no reason to believe that it wasn’t, crews have been known to neglect using available equipment. The very first lightning strike may have knocked out the radar, after which Flight 447 could have been flying “blind.” Unlike the North Atlantic, South Atlantic routes aren’t crackling with radio traffic and weather reports. If lightning damaged the high frequency radio the crew may have relied on for oceanic communication with air traffic control—more modern equipment is being introduced, but it hasn’t reached every part of the globe yet—the pilots may not have been able to get clearance for deviation, and may have been reluctant to alter course without it.

“Feeling boxed in,” Capt. Frid observes, “is frequently a factor.”

The loss of pressurization noted on the data link raises the possibility of structural damage. Could turbulence alone have caused structural damage? It’s highly unlikely, but not impossible. Could hail have broken flight deck windscreens and, perhaps, knocked out pilots? It’s nearly as unlikely as structural failure caused by turbulence—but it could happen. What about lightning igniting a fuel source and causing an explosion? Never happened before—but there’s always a first time. As for previous damage weakening some structure—well, that did happen before but it’s not very probable, given Air France’s high standard of maintenance, and the fact that this particular Airbus was only four years old.

What about torrents of rain flaming out both engines? Yes, a remote possibility, but this wouldn’t cause immediate loss of pressure or electricity. Can terrorism be ruled out? After all, a bomb on board could explode just around the time a plane flies into a storm. You don’t need nice weather for a timer to go off. Yes, but there’s absolutely no evidence for terrorism in this case.

Can pilots over-correct in bad turbulence, as one crew did taking off from New York, putting excessive loads on the rudder and causing it to fail in flight? Theoretically yes; but probability, almost zero. French aviators are among the best stick-and-rudder men (and women) in the world. Aviation is virtually a French art. There are words in aviation that only exist in French – empennage, fuselage, pitot. Saint-Exupery’s tribe doesn’t break airplanes, except maybe on purpose.

Could there be a design flaw manifesting itself in the Airbus 330 model? Given the plane’s popularity, this would be a worst-case scenario for the industry, but this, too, is unlikely. A design flaw would have manifested itself before. Still, no doubt it will be investigated.

With wreckage 7,000 meters deep at the bottom of the ocean, experts can only speculate. When imperfect man encounters the perfect storm at 35,000 feet, all bets are off. There’s only silence on the radio and some numbers printed on a data link as the friendly sky churns and swats Flight 447 into the cruel sea.