On ransom and the ethics of purchasing hostages

Every time a firm or government pays a kidnapper, it increases the odds more hostages will be taken in the future 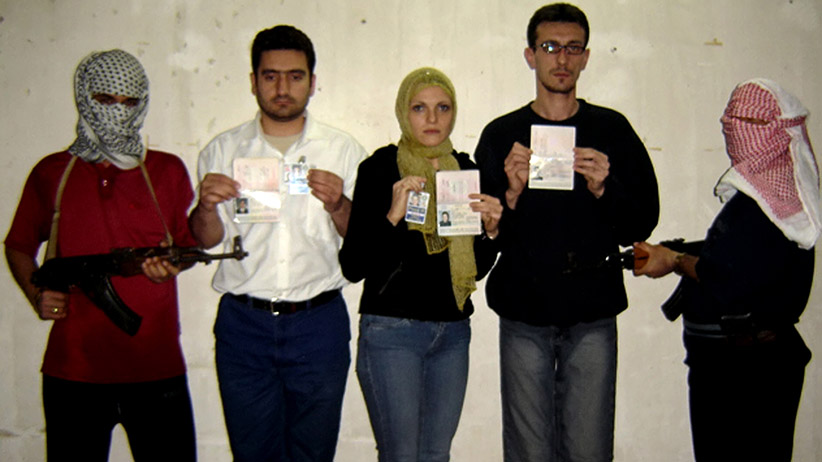 My greatest fear is being kidnapped. It began in 2004 when Abu Musab al-Zarqawi dressed Nicholas Berg in an orange jumpsuit and then cut off his head. The video of Berg’s last bloody, screaming moments stuck in my consciousness like a fishhook. It still haunts me.

I am in the aid and humanitarian relief business, and spend considerable time in places where kidnapping is rife: Afghanistan, Haiti, parts of Africa, the Middle East. I’ve known eight people who have been kidnapped. Five survived, two died brutally, and one is missing and presumed dead. On every trip overseas the fear tugs at me, sometimes just enough to make me nervous, other times it pulls hard enough to stop me in my tracks.

The first time I considered buying kidnap and ransom insurance (or K&R as it is usually known) was when I was heading into Baghdad. These policies are expensive, but simple. If you are kidnapped, the provider hires a firm that specializes in negotiating and paying for your release. Their experts know who to contact and how to barter for your life. Like grocers quoting the price of apples, K&R specialists can give you detailed breakdowns on the going rate for anyone.

Your price will depend on where you are taken (Syria is more expensive than El Salvador), who has kidnapped you (religious fanatics charge higher than organized criminals), who you are (diplomats are more valuable than backpackers), and where you are from (Germans command more than Filipinos).

Which is why the ethics of ransoms are widely debated. Every time a firm or government pays off a kidnapper, it increases the odds that more hostages will be taken in the future. Recently Adnan R. Khan, in the pages of Maclean’s, discussed this with some eloquence.

For those of us in the field, this is a classic prisoner’s dilemma. My organization took the decision not to buy insurance, in spite of the fact that we often work in what is euphemistically called “non-permissive environments.” We reasoned our short-term security was not worth the long-term insecurity to which it would contribute.

Our rationale depended on the belief that others are making the same choice. Increasingly, however, it appears that is not the case, particularly for the governments of France, Germany, Italy or Spain. It is estimated that these countries and others have purchased over $165 million worth of hostages from al-Qaeda and its affiliates in recent years.

Decision makers in national capitals face what ethicists call “the Trolley Problem.” If you see a runaway trolley that is about to crash and kills its passengers, do you pull a lever to switch it to another track, even though an innocent bystander is standing in the way? In Paris and Berlin, they would rather let the passengers die later, in order to save the bystander now. So the Islamic State continues to sell them hostages like a demonic grocer trading in apples. Interestingly, only the Anglosphere (Washington, London, Canberra and Ottawa) is willing to take the more utilitarian decision to sacrifice bystanders such as James Foley and Steven Sotloff.

Not surprisingly, this policy is being decried by the families of those who were ransomed. Recently, Foley’s brother chastized the U.S. government for not having negotiated for his release. Steeped in the deep grief and horror of his brother’s death, this position is understandable, but still wrong. To stop these kidnappings we must first stop buying hostages. The (largely European) demand drives the supply.

And, yes, if the time comes you shouldn’t pay my ransom either.