Which refugees are better than others? 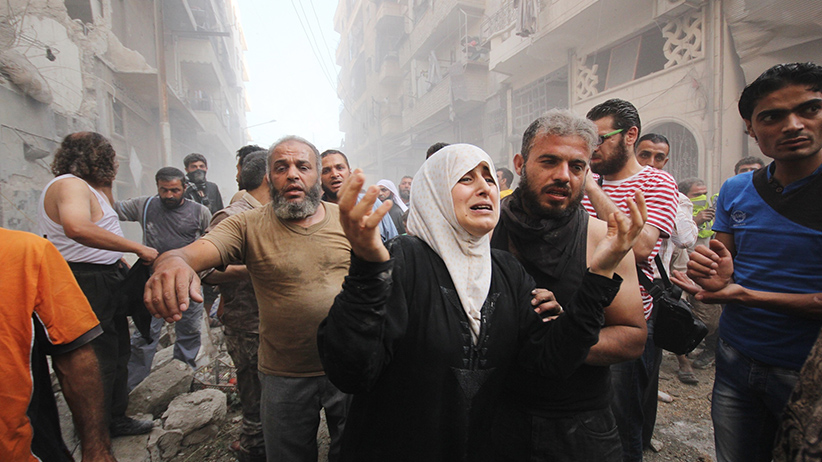 In the charnel house that is Syria, it can seem churlish to weigh the suffering of one group against another. What is worse, to die thrown from a building because you are gay, or to be shot dead fleeing your home because you are Christian? Sexual slavery or starvation? Ethnic cleansing or barrel bombs? The country is devouring all its children in almost equal measure.

That includes Syria’s confessional majority: Sunni Muslims. If the wrath of the so-called Islamic State has come down disproportionately on non-Sunni Muslims—Yazidis, Shias, Alawites and Christians—then that of dictator Bashar al-Assad’s mostly Alawite regime has focused on the Sunni Muslim majority.

This is what makes Canada’s policy on whom it would prefer to admit as a refugee problematic. “We will prioritize persecuted ethnic and religious minorities, those at demonstrated risk, and we make no apologies for that,” Costas Menegakis, parliamentary secretary to Immigration Minister Chris Alexander, said in December.

A policy that favours religious minorities in Syria would, by definition, discriminate against Sunni Muslims, because of their majority status in the country.

A Globe and Mail story today seems to confirm that the government has acted on its long-stated policy. The newspaper reports that “areas of focus” have been made part of a refugee triage system that favours some United Nations-referred refugees over others. The criteria, the Globe reports, include specific groups, such as “religious minorities, and people such as gays and lesbians who face discrimination because of their sexuality.”

The criteria also reportedly favour those the government believes are more likely to successfully integrate in Canada, such as people who speak French or English, have run a business or have family in Canada.

If these areas of focus do exist, they don’t appear to have had much of an impact on the sectarian makeup of refugees admitted so far. An Ottawa Citizen story last month reported that only about five per cent of Syrian refugees Canada took in this year as part of its government-assisted program were vulnerable ethnic or religious minorities. Some 90 per cent of privately sponsored refugees, by contrast, were so defined.

It’s possible the government wants to shift these percentages in future to bring in more religious minorities through its government-assisted refugee program. Some have accused Prime Minister Stephen Harper of an anti-Muslim bias toward refugees. And it is difficult to justify a policy that favours religious minorities from a country in which the suffering of the Sunni Muslim majority equals or surpasses that of other groups.

The alleged bias toward businesspeople, the young and those with language skills raises further questions about the larger goal of Canada’s refugee policy. Is it to provide refuge to those most in need? In other words, should Canada’s approach to refugees be guided solely by humanitarian motives? Or should it incorporate elements of our approach to immigration, and try to select people who are more likely to be a benefit to Canada over the long run?

One answer does not necessarily preclude the other. Who today wishes Canada had fewer Vietnamese, Hungarians, Jews or Ismaili Muslims? All came in large waves to escape persecution at a time when Canada’s refugee admission process was less cumbersome than it is now, and all, by and large, have done well.

There is little reason to believe that Sunni Muslim Syrians who make it through Canada’s security screening process, as all refugees must, would not similarly thrive. And if our goal is to offer sanctuary to the most vulnerable, they should also be admitted on equal footing as their Christian countrymen. Syria’s inferno hasn’t spared them, either.