Who's supporting whom? A map of Syria's tangled coalitions

Turkey's downing of a Russian bomber highlights the web of countries and armed groups allied together in various factions in Syria. We mapped it out.

The Monday downing of a Russian bomber by Turkey, which says the plane had violated its airspace near Syria and ignored repeated warnings to change course, highlights the tangled web of countries and armed groups fighting and supporting each other in Syria.

The attack on the Russian plane by Turkey is the first direct military confrontation between Russia and a NATO member since the Cold War. And yet NATO members and Russia ostensibly share the same goal of defeating the so-called Islamic State jihadist group, which brought down a Russian passenger plane over the Sinai Peninsula this month, killing more than 200.

But any potential for cooperation between Russia and NATO members like Turkey, America and Canada is undermined by Russian support for Syrian dictator Bashar al-Assad, and Moscow’s habit of bombing opposition groups trying to topple him—some of whom are supported by America and allies such as Saudi Arabia. It’s complicated. To help you sort it all out, here’s a look at who’s supporting whom. 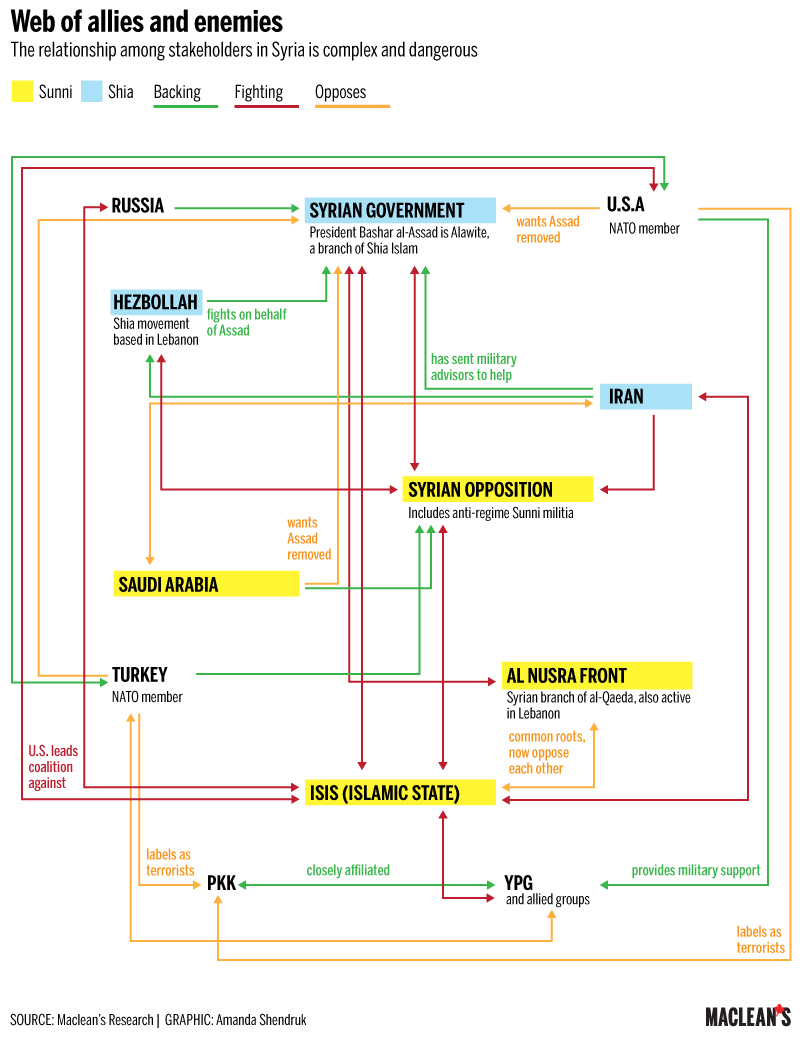