Why Aung San Suu Kyi will not become Myanmar's next president

Unofficially, she has vowed to be the de-facto leader by calling the shots from behind the scenes 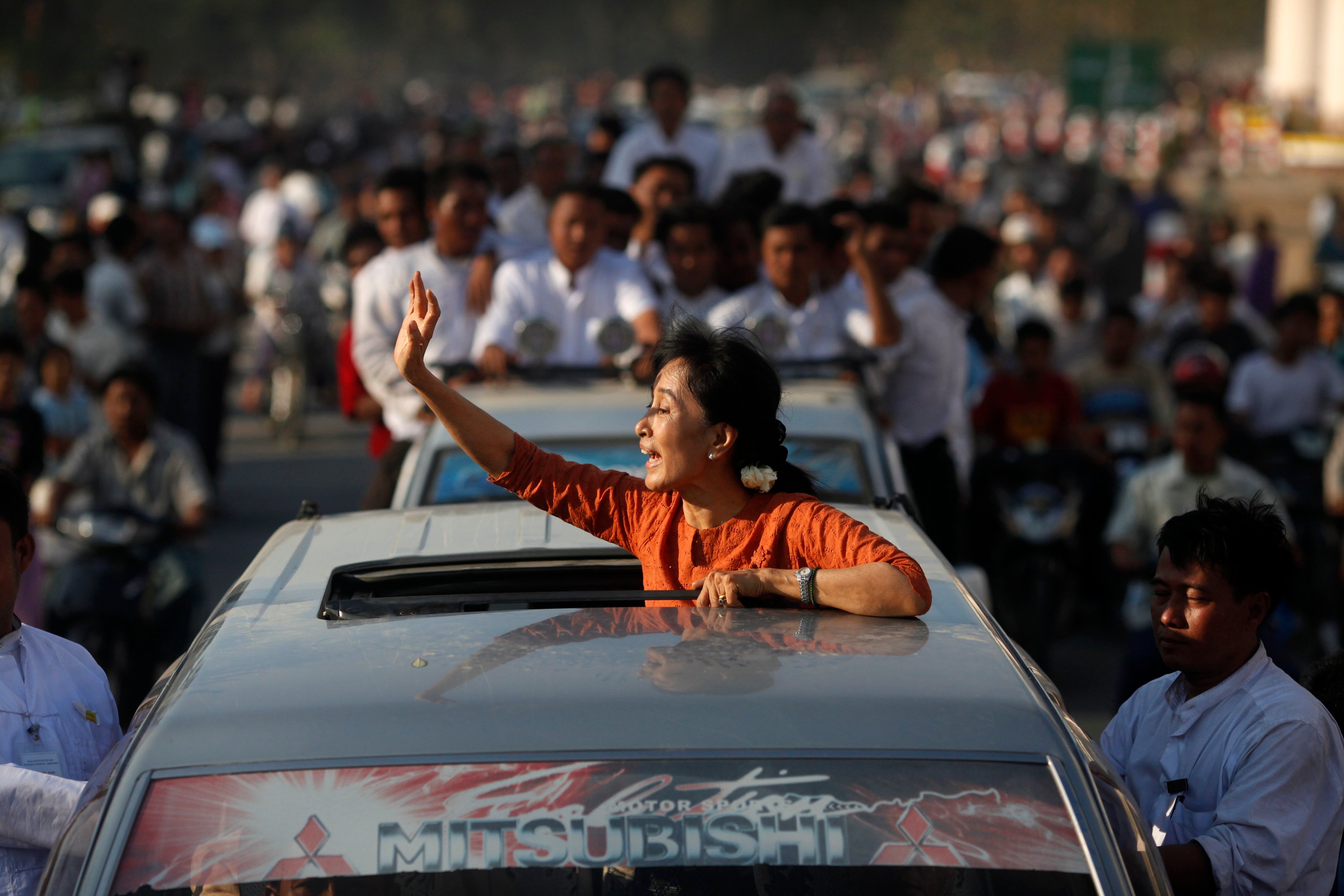 NAYPYITAW, Myanmar — The party of Nobel laureate Aung San Suu Kyi officially confirmed Thursday that she will not become Myanmar’s next president.

Unofficially, she has vowed to be the de-facto leader by calling the shots from behind the scenes, and party members said Thursday that’s how things will work in Myanmar’s first democratically elected government in more than a half century.

The party nominated two Suu Kyi loyalists for the post including the front runner Htin Kyaw, a 70-year-old Oxford graduate. The nomination will be followed by a vote among legislators later this month before the new president is installed April 1.

“I’m very happy and very pleased and I believe he (Htin Kyaw) will work together with Aung San Suu Kyi for the benefit of the people,” said Khin Su Su Kyi, an NLD lawmaker.

For the past several weeks Suu Kyi is believed to have held closed-door talks with the powerful military generals to suspend a constitutional clause that bars her from presidency.

The outcome of the negotiations was not known until Thursday when the names of the loyalists were announced, signalling the end, at least for now, of Suu Kyi’s longtime ambition to be Myanmar’s leader.

Suu Kyi did not attend Thursday’s high-profile nomination session but posted a letter on Facebook to her legions of supporters. She called it a “first step toward realizing the expectations and desires of the people who overwhelmingly supported the National League for Democracy in the elections.”

“It is our will to fulfil the people’s desire,” Suu Kyi said in the letter. “We will try as hard as we can to do that.”

The longtime former political prisoner led her National League for Democracy to a landslide victory in Nov. 8 general elections, paving the way for the country’s first democratically elected government since the military took power in 1962.

Despite her massive popular support, the 70-year-old Suu Kyi is blocked from the presidency because the constitution bars anyone with a foreign spouse or children from holding the executive office. Suu Kyi’s two sons are British, as was her late husband. The clause is widely seen as having been written by the military with her in mind.

During Thursday’s parliament session, the NLD nominated, from the lower house, Htin Kyaw, a longtime confidante and associate of Suu Kyi. He is widely respected and seen as a front runner.

“I think he is the best one for the country. He has experience, he’s fair and he’s a real gentleman so our country’s future will be very good,” said Kyaw Win Maung, an NLD lawmaker.

Htin Kyaw’s father was a national poet and a National League for Democracy lawmaker from an aborted 1990 election, while his wife is a prominent legislator for the party in the current house. His father-in-law, a former army colonel, was a co-founder of the NLD.

From the upper house, the NLD nominated Henry Van Hti Yu of the an ethnic Chin minority.

The military bloc, which holds a constitutionally mandated 25 per cent of seats, is also allowed to nominate one candidate. His name has not yet been announced. But he will likely become the country’s other vice-president.

A vote will be held later this month to elect the president and two vice-presidents.

The NLD candidates are assured of a victory given the party’s control of both chambers. One of them will become the president and the other will become a vice-president.

Suu Kyi fought for decades to end dictatorship in Myanmar, and remains her party’s unquestioned leader. She was awarded the 1991 Nobel prize while under house arrest, where she spent 15 years locked away by a junta that feared her political popularity.

Suu Kyi has made clear that even if she is not president she will be in charge.

Political analyst Toe Kyaw Hlaing predicted that the people won’t have a problem with that arrangement.