Why Boris Johnson is the perfect pick to be foreign minister

Theresa May's decision to name the bumbling, boorish Boris her top diplomat is a perfect reflection of the politics of modern Britain 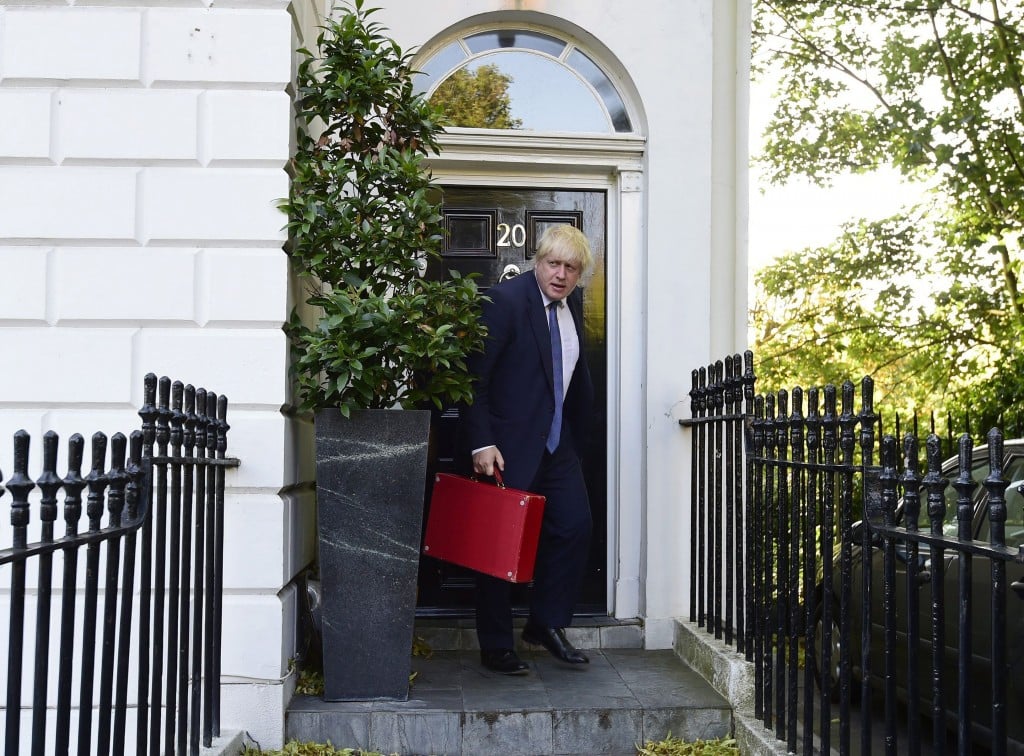 Not long ago, in a column for the Daily Telegraph, Boris Johnson wrote about Tony Blair’s upcoming trip to Congo. Johnson posited that, upon Blair’s arrival, “no doubt the AK47s will fall silent, and the pangas will stop their hacking of human flesh, and the tribal warriors will all break out in watermelon smiles to see the big white chief touch down in his big white British taxpayer-funded bird.” A paragraph earlier, he stated that the Queen “has come to love the Commonwealth, partly because it supplies her with regular cheering crowds of flag-waving piccaninnies.”

Earlier this year, Johnson warned that the European Union is simply finishing the pan-European expansionist dreams once held by Adolf Hitler and Napoleon. He has in the past described U.S. presidential candidate Hillary Clinton as a vision with “dyed blonde hair and pouty lips, and a steely blue stare, like a sadistic nurse in a mental hospital.” And, again just this year, he alleged Barack Obama – and the man who is still currently still President of the primary nation with which the U.K. will want to trade upon its eventual exit from the EU – held a grudge against Britain because of his “part-Kenyan ancestral dislike” of the nation’s colonial history.

In between all that, Boris (and it is his first name by which he is best known) served as a Conservative MP twice, and eight years as the mayor of London. Yesterday, Theresa May, the new prime minister of Britain, named him as her foreign secretary, the nation’s top diplomatic job.

It is an inspired choice. Perfect, even.

It was only a few weeks ago that Boris was still considered the most likely man for an even bigger role, that of prime minister. And nobody, it seemed, considered him more seriously a candidate than Boris himself. His departure from the leadership race was surprising. But we might now know why it happened. An alliance between May and Boris that is, for now, mutually beneficial. Boris gets to add to his bona fides as he, presumably, continues to bide his time to take the top role. As for May? What does she get?

She gets Boris, and all that he stands for. With the winds of change (slight though they may be in some parts of Britain) shifting as they are, that’s not nothing.

The important thing to grasp about Boris is that Britons like him a lot. And consistently. In 2012, he polled as the Britain’s most respected politician. In 2013, he was found to be its most popular. And again in 2014. Ditto 2015. What do they like about him? All of it, probably. His vocabulary. His wit. His bumbling charm. The fact that he rides the tube or a bicycle to and from work. His hair. Even the things he says, apparently despite the words he sometimes chooses to use. And yes, people even like all those photo ops that have so infamously gone awry. When pollster Lord Ashcroft surveyed 8,000 Britons in 2013, 53 per cent agreed that Boris was “different from most politicians, and in a good way.”

Perhaps this is why, at the time, Boris was most popular among self-described voters of the U.K. Independence Party (UKIP), the party led by Nigel Farage, whose stance on immigration and trade represents a wholesale rejection of much of Western liberal politics of the last quarter-century. In 2013, a full 64 per cent of them told pollster Michael Ashcroft that Boris would make the best prime minister; only 21 per cent of Conservatives, members of the party to which Boris actually belongs, felt the same. (The latter figure had improved by autumn 2015, according to one count, however, to 29 per cent.)

This likely also explains why three years later, after UKIP’s dogma had fully metastasized into the mainstream of British political culture, Boris emerged as the champion of those very ideas during the campaign for Brexit. The choice he presented was about separation from the EU, yes, but the results he and his followers promised would come after a Leave vote were explicitly goals dreamed up by UKIP followers. Primary among them: fewer immigrants, tighter borders, stricter control over trade, and a nostalgic vision of a jolly, affable colonial Britain that Boris literally still reflects in his writing. In May, a month before the referendum, Farage said that, post-Brexit, Boris was the man he’d most like to see as prime minister. 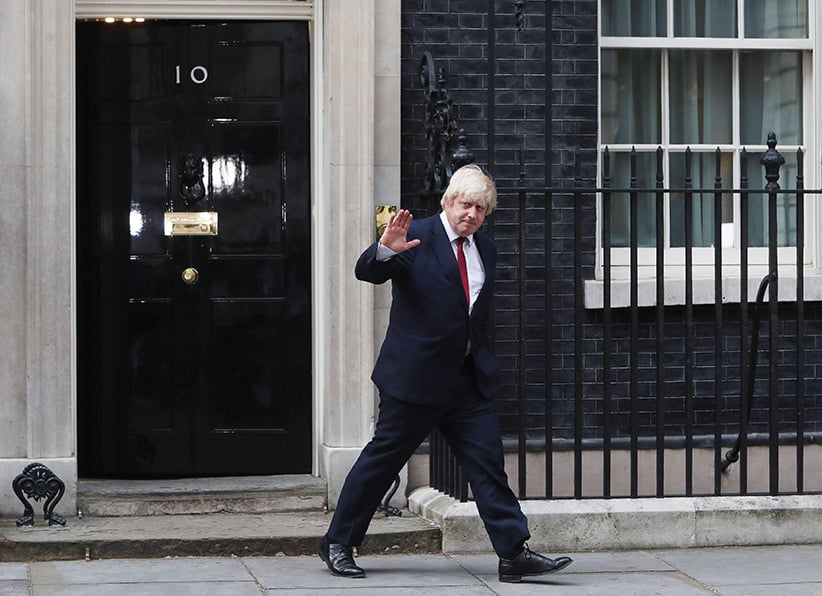 Still, this adherence to UKIP dogma cannot fully explain Boris’s appeal. After all, nearly half the voting public sided against his arguments about Europe. And, for much of his public life, Boris has not been actively and loudly campaigning on UKIP-inspired ideas (in fact, he was recently opposed to some of it).

There must be something more to his enduring appeal. We return to that Ashcroft poll and see that another number jumps out: 18 per cent of those surveyed said that Boris is “not really a politician at all.” It is such a small number as to be easily discounted initially, but it might be that this small number of people had it mostly right.

The sum total of Boris – factoring in his outrageous statements, his bumbling public appearances, and his outright campaign lies – is that of a modern-day jester. He is welcomed to the court as the only one given permission to reveal it as the joke many secretly believe it to be. Boris is as much of a politician as anyone else, but he is the best at hiding it. And the most un-politician thing about the Boris that most people see is that he purposefully lends the position of politician no gravitas; instead, he gives the appearance (despite his own lofty upbringing and education) of pulling it down.

Boris is a proof point in an age of rampant cynicism about public office, government, and facts – and what the three can accomplish for people. He is the evidence needed for those convinced that a political structure once revered is in reality a joke. For he is the biggest joke of all, operating successfully at its heart. As Lord Ashcroft described it when his poll was conducted, the idea that Boris might could be prime minister “appeals to those who have the most jaded view of what politics can achieve for the country and themselves.”

Perhaps it is too simplistic to believe that a nation’s foreign minister ought to be a distillation of his government’s vision of the nation it briefly controls, but assuming that is the case, then Boris is surely the accurate choice to embody and reflect to the world the state of political Britain, dark though that prospect may seem. Boris, Ashcroft surmised, represents “the antithesis of the idea that serious times call for serious people.”