Why China's artists are making waves, and getting away with it

They serve as a kind of Greek chorus, using humour, outrage and mockery to express ideas that in China would otherwise never have a voice 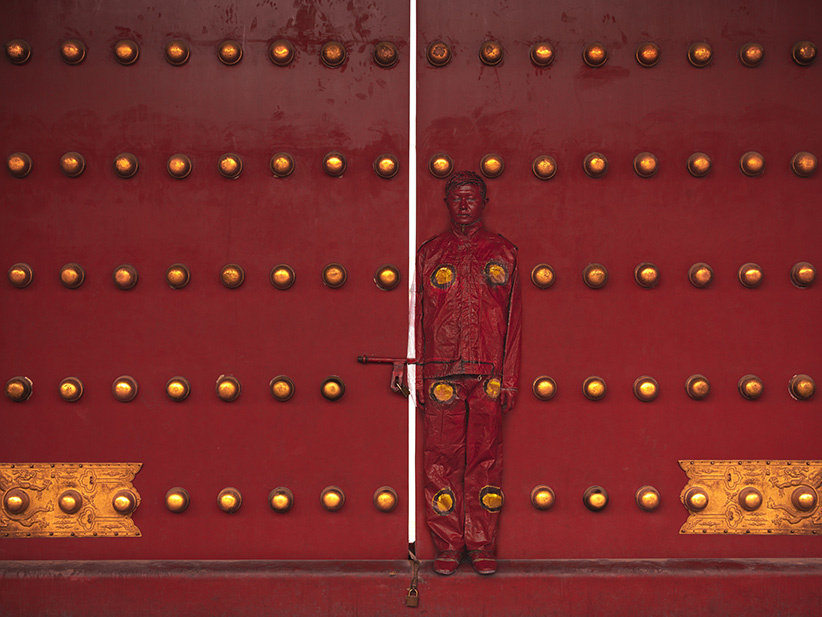 Polluted air made Beijing a hazardous place to breathe last week, but as surely as it drove millions indoors, the tea-brown smog kicked some of China’s most creative and daring minds into gear. Wang Renzheng, a 32-year-old performance artist who calls himself Nut Brother, made international headlines by producing a brick from particulate matter he’d gathered by walking around the capital with a 1,000-watt vacuum cleaner, sucking up the same air 22 million residents are forced to inhale. Not to be outdone, a lawyer-cum-artist named Kong Ning stepped up her long-running series of pieces protesting government inaction on air pollution, fashioning a lurid wedding dress out of orange, plastic trumpets and donning it for a stroll past the iconic Drum Tower of Beijing’s Inner City.

The idea, said Kong, was to waken political leaders to the depth of the crisis—horns like those on her dress are used to sound warnings, while orange is the colour of the second-highest pollution alert level that can be issued in Beijing. While some onlookers reacted with bemusement, Kong was happy to elucidate for anyone who asked. “The government should make people’s lives a priority,” she told reporters through her orange respiratory mask. “No matter how fast our economy needs to grow, our health is more important.”

Much as they did before a post-Tiananmen crackdown on creative expression, contemporary artists like Kong are serving these days as a kind of Greek chorus, using humour, outrage and mockery to express ideas that in China would otherwise never have a voice. With most mainstream media under state control, and official eyes trained closely on social streams like Weibo and WeChat, public criticism of government policy is increasingly rare. What does surface is quickly deleted by government censors, leaving space in the public conversation for courageous artists to flourish. In most cases, their oblique expressions of dissent go off without censure. A few actually enjoy state financial support.

Their most common subject is the wrenching effect of China’s economic modernization—industrial smog being just one example. Liu Bolin, an acclaimed artist from Shandong province, emphasizes the dehumanizing nature of mass production by photographing himself “blended in” against backdrops of Chinese-made products like cellphones and plush toys. His camouflage involves no digital manipulation, but rather paint applied to his body with astounding attention to detail. Liu Ding, an avant-garde artist from Beijing, is known for a brilliant set piece in which he had Chinese factory workers paint dozens of copies of the same landscape, then installed the pictures en masse in a gallery space decorated to resemble a mansion room. The effect was to send up China’s nouveau riche, and the economic system supporting them, in one fell swoop.

Other critiques are more pointed, especially those aimed at China’s growing military aspirations. One of Liu Bolin’s most stunning scenes features the artist camouflaged within a photo of the Intrepid, a decommissioned American aircraft carrier docked in New York. The piece is an overt comment on the consequences of U.S.-style military dominance to which China aspires—yet is subtle compared to other artists’ forays into the same issue. In 2004, Beijing artist Liu Wei shocked gallery visitors with a two-metre likeness of a feces pile that, on closer look, contained broken bits of model warplanes and toy soldiers. The piece, titled Indigestion II, draws gasps when shown to this day.

Such pieces are sufficiently obvious that you’d think Communist Party honchos would punish their creators, but mostly they try to contain the message. Kong, for instance, was hustled out of Tiananmen Square by guards last year after posing for snapshots with one of her paintings showing a woman wearing a gauze mask. Censors quickly pulled the photos off Weibo after she posted them, but Kong has otherwise suffered no official sanction. To Gu Xiong, an artist who fled to Canada after the Tiananmen Square crackdown, the latitude enjoyed by today’s artists has cast them in the same role as members of an avant-garde movement known as the “Stars,” who flourished during the ’70s and ’80s under president Deng Xiaoping. That freedom ended abruptly with the Tiananmen protests in 1989, adds Gu, now a professor of visual art at the University of British Columbia. “But since about 2005, things have been much looser, which gives a sense of possibility within Chinese society.”

Still, it’s hard to measure the impact radical art has on that society. Some prominent Chinese artists have been accused of doing politically pointed work just to attract rich Western buyers, or please a narrow audience of wealthy patrons at home. “The vast majority of Chinese people never see it,” says Charles Burton, an expert on Chinese politics and human rights at Brock University in St. Catharines, Ont. “Important artists tend to be protected because important people, both in China and abroad, regard them highly.” Burton applauds artists like Wang and Kong for taking their art to the streets, because, as he says, “clearly they have a message average people want to hear.”

Still, every once in a while an artist crosses what Gu refers to as “the red line,” mocking the authority of leaders, or openly challenging the legitimacy of the Communist regime. Ai Weiwei, one of the original Stars, was beaten by police in 2009 shortly before his moving piece Remembrance—comprised of 9,000 school backpacks arrayed on a wall—went on display in Munich to memorialize children killed in the May 2008 Sichuan earthquake. Ai continued to demand answers from government leaders about shoddy construction of schools destroyed by the quake, and was twice arrested on what critics say were trumped-up tax charges.

More recently, Shanghai conceptual artist Dai Jianyong was detained by police for photoshopping his own wincing visage onto a portrait of President Xi Jinping. Dai had done this with many images, earning himself the sobriquet Chrysanthemum Face—Chinese slang for Anus Face. When applied to the country’s head of state, however, the whole trope was too much for authorities to ignore, and Dai was placed under government surveillance. As wide as the red line grows, the consequences of crossing it appear to be the same as ever.