Why such slow response to the Nigerian kidnapping?

A flight goes down and the world responds. Nearly 300 schoolgirls are kidnapped and help is slow. 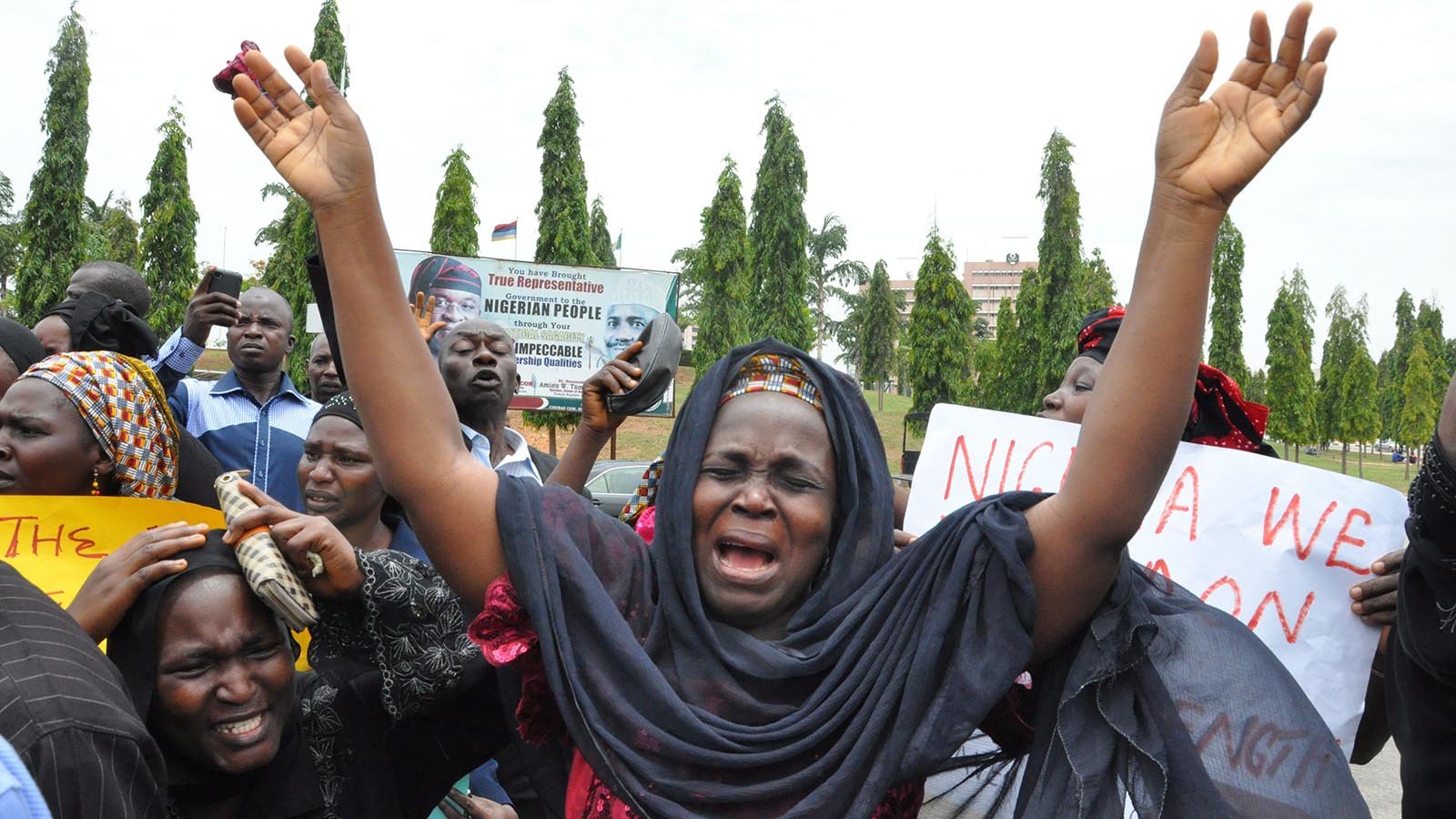 On Sunday, in a live television broadcast, Nigerian President Goodluck Jonathan appealed for international help to find the 276 young girls who remain missing after being kidnapped from their northern boarding school on April 14 by members of the extremist Muslim group Boko Haram. “This is a trying time for this country,” he conceded. But, “wherever these girls are, we will surely get them out.” Jonathan promised that the girls’ “disappearance” would not become yet another unsolved mystery.

This last note seemed to be a reference to Malaysia Airlines Flight 370, the plane (and its 239 passengers and crew) that went missing in March and that, for weeks, captivated TV viewers, military experts, amateur aerial surveyors and nation-states the world over. Recently, others have drawn the same comparison, to different effect: Why, they ask, did the world jump on the Flight 370 tragedy with such gusto, but let weeks pass before taking note of Nigeria’s missing girls?

The teenaged students apparently awoke to gunfire in the middle of the night and were ushered into a convoy of vehicles with promises that they would be taken to safety. They were not. About 50 girls managed to escape, but the rest are reportedly being held by Boko Haram, whose name translates to “Western education is a sin.” Early this month, the group’s leader, Abubakar Shekau, released a video in which he claimed responsibility—and threatened to “sell” the girls as child brides because “God instructed me to sell them.”

In the days following, attention to the horrifying event was minimal. Cable news outlets were subdued in their reporting and there were few offers of international assistance. The Nigerian army initially claimed it had rescued the girls when it had not. Distraught parents were left pleading for help; some set out into the forest, on their own, to look for the children.

Compare that to the night of March 8, when Flight 370 vanished en route from Kuala Lumpur to Beijing. A global hunt of historic proportions followed. In the ﬁrst month after the disappearance, eight nations joined the investigation and $44 million was spent searching the Indian Ocean and South China Sea. Australian and British vessels equipped with specialized listening equipment scanned for pings from the plane’s black box recorders. Media outlets responded with wall-to-wall coverage. (CNN gave us holographic airplanes, cockpit re-enactments and discussions of black holes.) Meanwhile, according to an article by Amnesty International, the Nigerian government “has yet to communicate a plan or take action” on the missing girls. There has been no broader commitment to tackle the Boko Haram insurgency, which is often better equipped than Nigerian forces and which has claimed responsibility for more than 1,000 killings this year.

Nigerians are beginning to demonstrate loudly against the government’s inaction. U.S. Secretary of State John Kerry said America will do “everything possible” to help, though he provided few details on the nature of that assistance. Hope for the victims seems to be fading fast, perhaps the only way this tragedy resembles that of Flight 370.