Why is South Sudan being torn again by fighting? 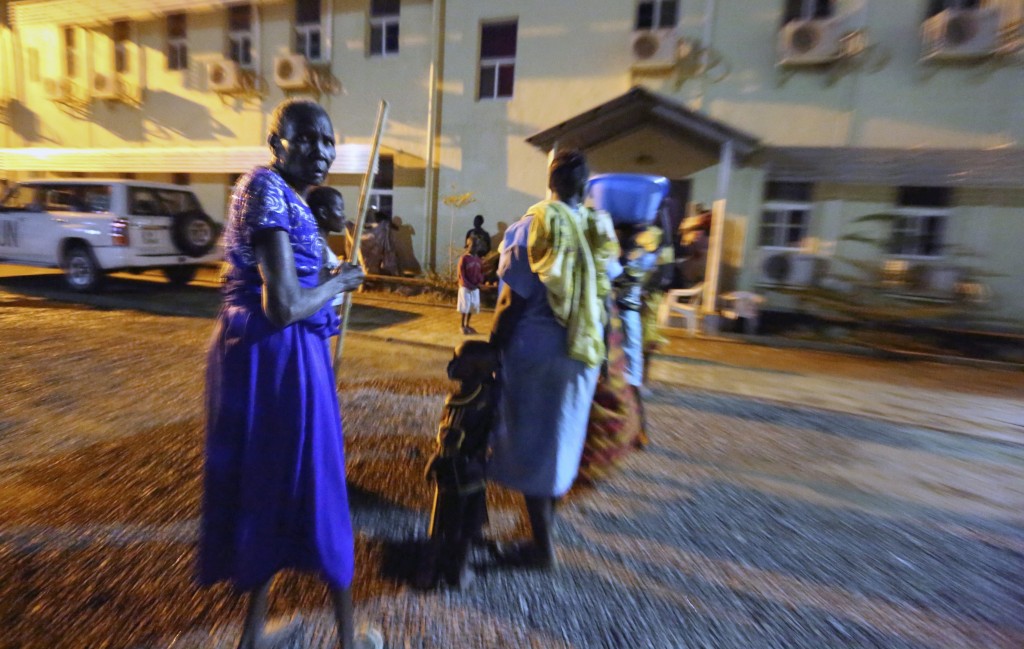 In this photo taken late Friday, July 8, 2016 and released by the United Nations Mission in South Sudan (UNMISS), villagers looking for safety on the UN base during the fighting near perimeter of the UN base and compound in the capital Juba, South Sudan. The president of South Sudan and his opposition rival both called Monday for a cease-fire in a conflict that has seen fierce clashes between their forces spread from the capital to a southeastern town. (Eric Kanalstein/UNMISS via AP)

JOHANNESBURG – An uneasy calm settled over South Sudan’s capital on Tuesday after the country’s leader and his top rival both demanded a cease-fire. Renewed fighting between opposing army forces has raised fears of a return to civil war in the East African country, which marked its fifth anniversary of independence over the weekend while panicked residents hid inside their homes. A look at the situation for the nation’s estimated 12 million people:

Where did this tension begin?

Largely Christian South Sudan won its independence from Sudan, a majority Muslim country, in 2011 after years of fighting. With oil resources supporting the young economy, optimism was high. But tensions emerged between the country’s top leaders, President Salva Kiir and Vice-President Riek Machar, and their supporters. In December 2013, soldiers loyal to either side skirmished in the capital, Juba, and the fighting spread to other parts of the country. The violence was especially worrying because it divided South Sudan along ethnic lines. Many supporters of the president were Dinka and supporters of Machar, now a rebel leader, were mostly Nuer. As fighting raged into 2015, tens of thousands of people were reported killed, and an estimated 2 million people fled their homes. Troops on both sides were accused of horrific human rights abuses, including gang rapes and murders of civilians along ethnic lines.

Yes. In August 2015, after intense pressure from the international community, Kiir and Machar signed a peace agreement that called for a two-year transitional government before new elections. In April, Machar returned to the capital to again take up the post of vice-president, saying that “peace is the only choice for us to relieve our people the undeserved suffering associated with armed conflict enforced upon them.” But fighting continued in parts of the country.

What has caused the latest fighting?

South Sudan’s opposing army factions have been stationed in Juba since April as part of the peace deal and are meant to hold joint patrols, but they have yet to work together and remain in separate areas. On Thursday, soldiers from the opposing factions exchanged gunfire in Juba, leaving five dead. A day later, as Kiir and Machar met at the presidential compound about the incident, heavy gunfire erupted outside and spread to other parts of the capital. The fighting continued on and off until both Kiir and Machar issued cease-fire calls Monday night. Despite the relative calm, some embassies, international organizations and businesses have started evacuating workers from South Sudan, a further blow to its severely weakened economy and to its ongoing humanitarian crisis.