'What is Spicy Boi Hillary Clinton?' is the top question people are Googling over the past 24 hours. Here's why. 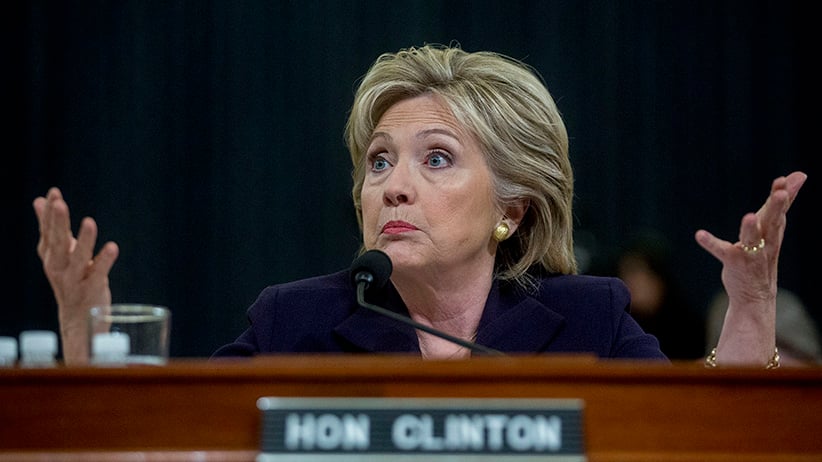 Tens of thousands of people are flocking to Hillary Clinton’s Instagram account to post two words: “spicy boi”. On one photo, more than 50,000 people have posted a variation of the phrase; users are even delving into posts that are more than a year old to write the words. People are desperately trying to figure out what the words mean. In fact, “What is Spicy Boi Hillary Clinton”? was the top question people typed into Google about Hillary Clinton over the past 24 hours, beating out “When will Hillary Clinton announce her vice-president?” and “Will Trump beat Hillary?” 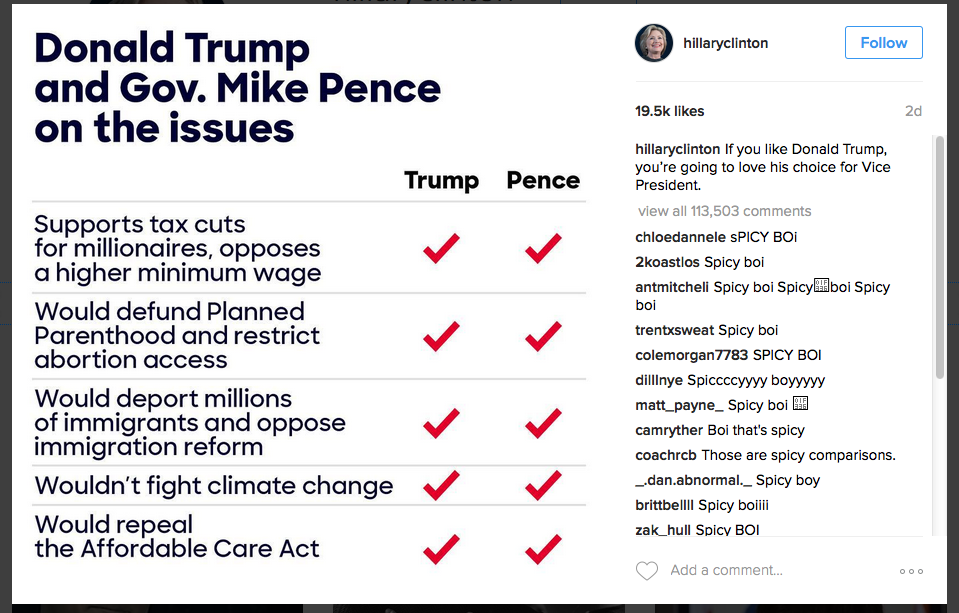 This all started Saturday night when a 4chan user encouraged people to go to Clinton’s Instagram account and write “Spicy Boy.”

“Spicy Boy” is a reference to a Change.org petition asking Michelle Obama, Barack Obama and Mark Zuckerberg to change the name of fire ants to spicy boys. It’s absurd, and silly, and that’s the point. The petition has been widely shared on social media and received positive coverage from The Huffington Post and The Independent. So far, it’s racked up over 40,000 signatures. 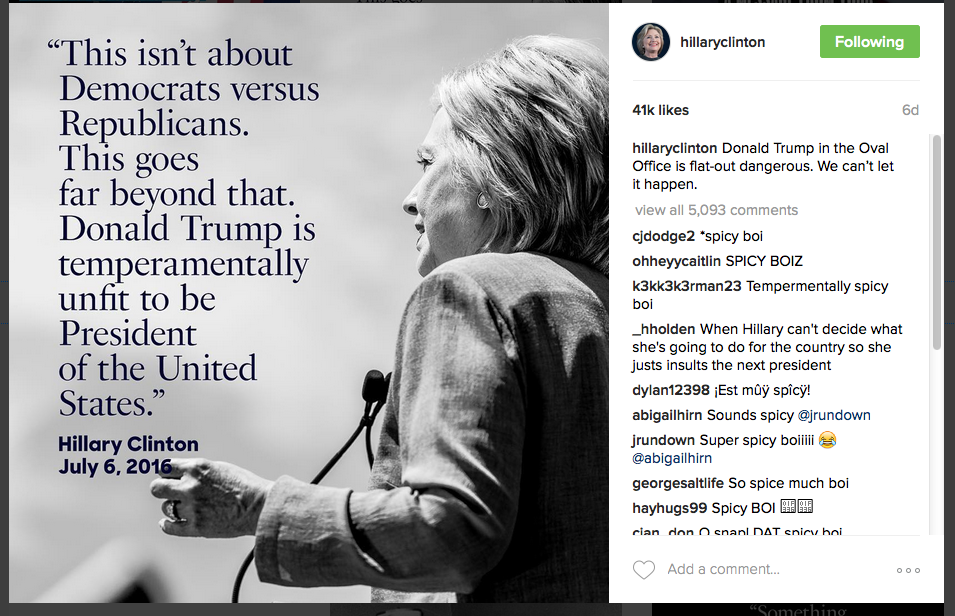 On Sunday, 15 users of the app iFunny announced a “raid” encouraging their followers to go to Hillary Clinton’s Instagram and comment with the words “Spicy Boy.” From there, a Subreddit supporting Donald Trump and the Southern Fraternity Blog Old Row, which has 177,000 Twitter followers, started encouraging people to bombard Clinton’s account as well, but changed the words to “spicy boi.” 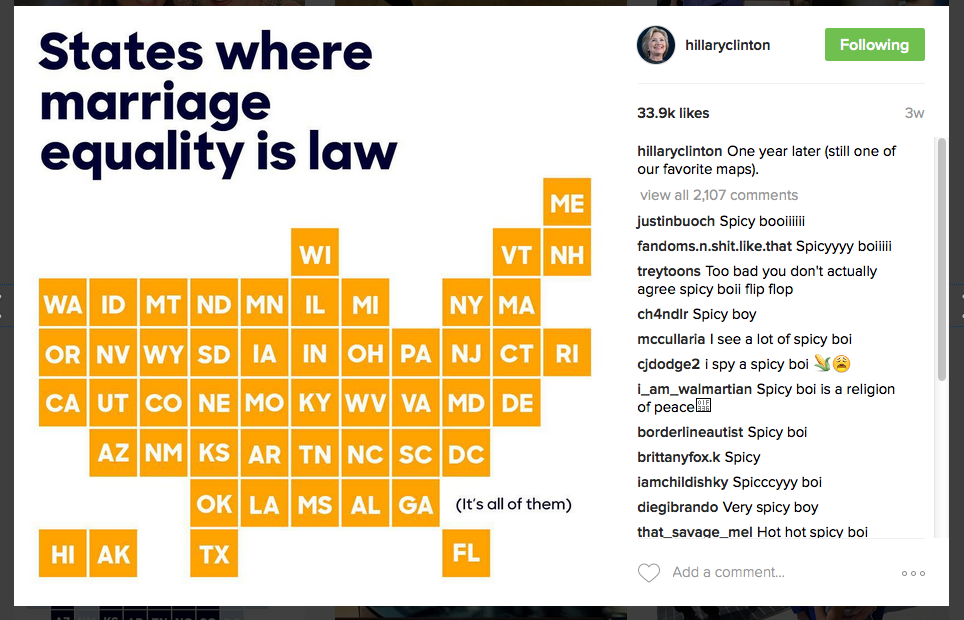 This has now taken on a life of its own with Instagram trying to block people’s posts and prevent people from encouraging others to post in their names. Many of the organizations and people pushing the spicy boi meme on social media tend to post content supportive of Donald Trump.

Raids like these often take on an anti-establishment undertone. Time and again members of the public have used the Internet to poke fun at the carefully curated public personas powerful people try to maintain online. Earlier this year, the 124,109 people who voted to name the United Kingdom’s new polar research vessel Boaty McBoatface were motivated in large part because it was funny. There wasn’t any deeper political message to Boaty McBoatface (although people did use it to object to all kinds of issues) and there isn’t necessarily any deeper political message to spicy boi.

One clear lesson from spicy boi and Boaty McBoatface is that insiders’ power to shape the narrative is increasingly being challenged. It’s not just spicy boi, either. The fifth-most searched question in Google on Hillary Clinton over the past 24 hours is: “What Pokémon Go team is Hillary on?”