Wikileaks files shine a light on life in Afghanistan

How much does the Taliban pay for opium? How many insurgents are in jail? 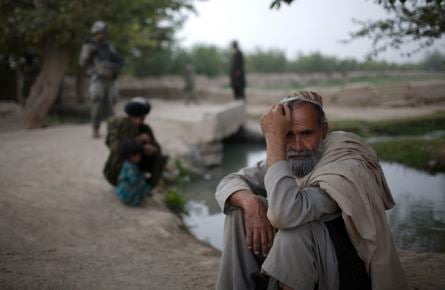 Tens of thousands of pages of secret military files obtained by Wikileaks and posted online this week paint a disturbing picture of the war in Afghanistan. From the Pakistani intelligence community’s apparent cooperation with Taliban fighters to insurgents’ previously undisclosed use of heat-seeking missiles, the military logs show a conflict that has escalated dramatically since the U.S. invasion in 2001.

What the documents also reveal is the extent to which Afghanistan’s institutions are either hopelessly corrupt or altogether broken. Below, we’ve compiled some of the most telling details included in the logs (all figures are in U.S. dollars). We’ve also posted a database with all the logs online for you to add your own findings in the comments.

1,116
Percentage increase in the number of incidents classified as “enemy actions” between 2004 and 2009

32
Average number of incidents classified as “enemy actions” in 2009, per day

46
Number of references to “decapitation” or “beheading”

252
Number of references to amputation

10
Number of incidents where amputation was termed “severe” or “traumatic”

$120-$200
Amount paid by Taliban fighters to locals willing to shoot at coalition forces, per attack (2006)

$900
Monthly salary paid to the governor of Panjshir province (2007)

$1,000
Raise the governor “happily” received from President Karzai after complaining about his wages, per year (2007)

$300
Amount paid to villagers who destroy their poppy fields, per acre (2007)

752
Total number of detainees at the Detention Facility in Parwan (DFIP), which replaced the Bagram Theater Internment Facility (BTIF) in late 2009 (December 2009)