Will Charlie Hebdo's brand of satire endure after the Paris attack? 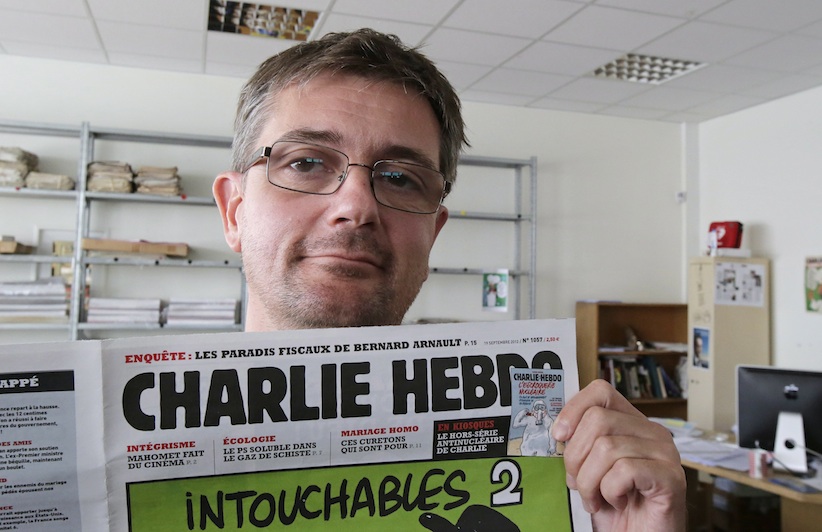 JOHANNESBURG — They pushed boundaries, one cartoonist said. They were “absolutely crazy,” another said. Across the globe, in Greece, India, South Africa and elsewhere, cartoonists are describing the satirists killed at French magazine Charlie Hebdo as among the most fearless and irreverent in the business.

Some cartoonists also worry whether the attack on the Paris office of a publication that caricatured the Prophet Muhammad could dampen a willingness to speak out, including in countries that may not face religious extremism but do experience a growing intolerance for free speech as governments clamp down on opposition.

“I wonder if there is going to be some sort of chilling effect on cartoonists and satirists in general, kind of backing off from highly sensitive topics,” said Jeremy Nell, a South African cartoonist whose work in various publications has poked fun at the ruling party and national ills such as corruption and labour unrest.

Alternatively, Nell said Thursday, some editors, concerned about a backlash, might be more reluctant to run controversial drawings even if cartoonists submit them.

In many newsrooms, in France and beyond, cartoonists, journalists and political commentators have said they won’t be cowed by the attack by heavily armed men that killed 12 people, including eight journalists and two police officers.

“I can understand if some editors become scared but they should not give up the freedom of speech,” Danish cartoonist Kurt Westergaard said in an interview with The Associated Press. Westergaard, who lives under police protection, has faced multiple death threats and murder attempts for his 2005 drawing depicting Muhammad with a bomb-shaped turban.

Charlie Hebdo pursued freedom of expression with abandon, printing sometimes vulgar and deeply offensive drawings and seemingly sparing nobody from the acerbic wit of its writers. France generally respects its cartoonists as legitimate social commentators rather than frivolous drawers, and the rebellious style and sharp punchlines of French cartoonists are admired in some other countries.

In Greece, “we do have a little bit of respect, not touching some subjects,” said Greek cartoonist Maria Tzaboura, who has worked for the newspaper Proto Thema. “We may be Mediterranean, but we are not that crazy. The French are.”

Cartoonist Georges Wolinski, who was among those killed in Paris, “meant a lot” to Greek satirists and once visited a cartoon festival in Greece, Tzaboura said. “He was never politically correct,” she said.

Sudhir Tailang, an Indian cartoonist, said he was invited to the offices of Charlie Hebdo years ago and spent a day drawing and chatting with the “absolutely crazy and irreverent” staff. He has a photo that shows him with Wolinski and Jean Cabut, a caricaturist who was also killed in the attack.

“They loved their freedom,” said Tailang, who has drawn for The Asian Age and Deccan Chronicle newspapers. He described satirical cartoons as the “most peaceful Gandhian way of protest,” but noted that “many of us” avoid commentary on religion because the subject is too sensitive.

“It’s very difficult for a cartoonist living in this part of the world to be able to freely express opinions on religion,” he said.

Cartoonists have been targeted in the past. In 2011, Syrian cartoonist Ali Farzat was beaten and both his hands broken before being dumped on the side of the road after he lampooned President Bashar Assad. In 1987, Palestinian cartoonist Naji al-Ali, a critic of both Israel and Arab governments, was fatally shot in London.

Swedish artist Lars Vilks, who has faced numerous threats for caricaturing the Prophet Muhammad in 2007, said he believed the attack on Charlie Hebdo would have consequences for press freedom.

“This will create fear among people on a whole different level than we’re used to,” he said. “Charlie Hebdo was a small oasis. Not many dared do what they did.”