France mourns victims, seeks clues to those behind massacre 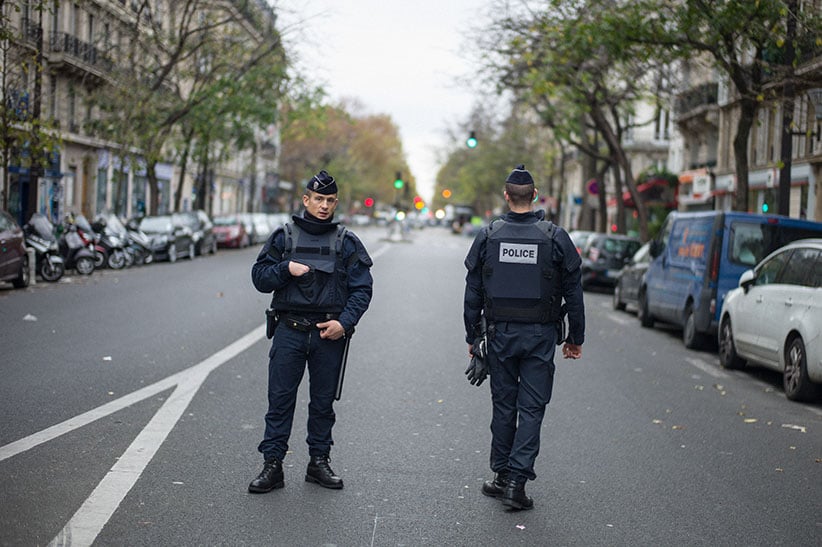 PARIS — Thousands of French troops deployed around Paris on Sunday and tourist sites stood shuttered in one of the most visited cities on Earth, while investigators questioned relatives of a suspected suicide bomber involved in the country’s deadliest violence in decades.

The Islamic State group claimed responsibility for Friday’s attacks on a stadium, a concert hall and Paris cafes that left 129 people dead and over 350 wounded, 99 of them seriously.

The attack had global impact. Security was heightened across France, across Europe’s normally open borders, even across the ocean to New York, and how to respond to the Paris attacks became a key point among U.S. Democratic presidential hopefuls at a debate Saturday night.

Countries around the world doused their national buildings in the French colours of blue, white and red to honour the victims — or, like the Eiffel Tower and New York’s Empire State Building, went dark to express their sorrow.

President Barack Obama on Sunday called the terror attacks in Paris an “attack on the civilized world.”

Obama, speaking at a G-20 summit in Turkey focusing on fighting terrorism, pledged U.S. solidarity with France in the effort to hunt down the perpetrators and bring them to justice.

President Francois Hollande has said that France, which is already bombing Islamic State targets in Syria and Iraq in a U.S.-led coalition, would increase its military efforts to crush IS and be “merciless” against the extremists.

The investigation sprawled well beyond France’s borders, since Molins said some attackers mentioned Syria and Iraq. Authorities in Belgium arrested three people in raids linked to the Paris attacks, and a Syrian passport found next to the body of a man who attacked France’s national stadium suggested that its owner passed through Greece into the European Union last month.

However, many questions remain — mainly who the other attackers were, and whether there are others still at large.

French authorities are particularly concerned about the threat from hundreds of French Islamic radicals who have travelled to Syria and returned home, possibly with dangerous skills.

Details about one attacker began to emerge: 29-year-old Frenchman Ismael Mostefai, who had a record of petty crime and had been flagged in 2010 for ties to Islamic radicalism. He was identified from fingerprints found on a finger amid the bloody carnage from a Paris concert hall, the Paris prosecutor said. A judicial official and lawmaker Jean-Pierre Gorges confirmed his identity.

Police detained his father, a brother and other relatives Saturday night, and they were still being questioned Sunday, the judicial official said.

Authorities in Greece, meanwhile, said the holder of the Syrian passport found at the site of the stadium attack entered Oct. 3 through Leros, one of the eastern Aegean islands that tens of thousands of people fleeing war and poverty have been using as a gateway into Europe.

The same man entered Serbia from Macedonia on Oct. 7 and requested asylum in Serbia, according to Serbian police.

It was not clear if the passport was real or fake, or if it belonged to the suicide bomber. The chief of the European Union border agency Frontex has said trafficking in fake Syrian passports has increased as a flood of refugees has poured into Europe.

Belgian authorities raided a Brussels neighbourhood and arrested three people near its border with France after a car with Belgian license plates was seen close to Paris’ Bataclan theatre, where at least 89 people died in a hailstorm of bullets. 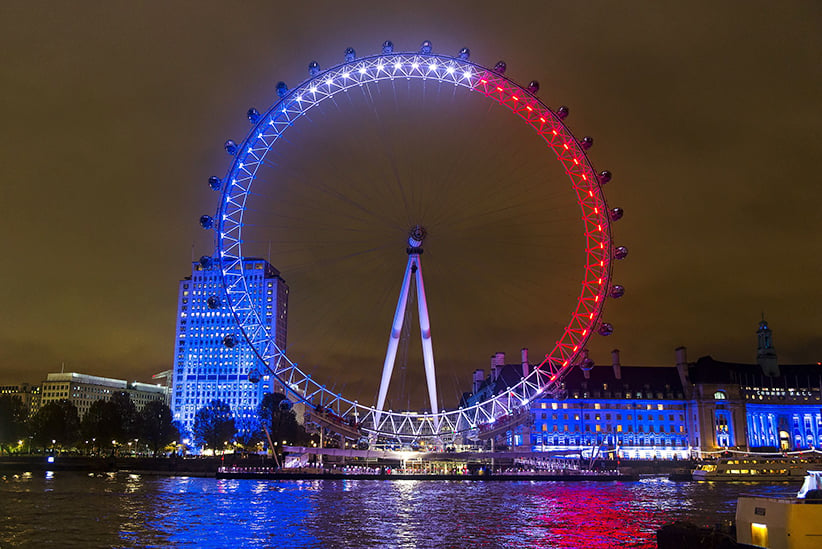 A French judicial official says a Seat car with suspected links to gun attacks on Paris bars and restaurants was found by police in Montreuil, a suburb 6 kilometres (nearly 4 miles) east of the French capital. The official spoke Sunday on condition of anonymity because she was not publicly authorized to speak.

In its statement claiming responsibility, the Islamic State group called Paris “the capital of prostitution and obscenity” and mocked France’s air attacks on suspected IS targets in Syria and Iraq.

Struggling to keep his country calm and united after an exceptionally violent year, Hollande met Sunday with opposition leaders — conservative rival and former President Nicolas Sarkozy as well as increasingly popular far-right leader Marine Le Pen, who has used the attacks on Paris to advance her anti-immigrant agenda.

After the meeting, Sarkozy called for a change in France’s Syria policy, suggesting the country needs to work with both Russia and the U.S. to “destroy” the Islamic State group.

“We need everyone … there can’t be two coalitions in Syria,” Sarkozy said.

On the streets, the entire nation was enveloped in mourning. Flags were lowered and Notre Dame Cathedral _ closed to tourists like many Paris sites — planned a special church service later Sunday for families of the victims. Well-wishers heaped flowers and notes on a monument to the dead in the neighbourhood where attackers sprayed gunfire on cafe diners and concert-goers.

Quentin Bongard said he left one of the targeted cafes after a fight with his girlfriend just moments before the attacks.

“Those are all places that I go often to,” the Paris resident said, still shaken. “We just want to come here, bring flowers, because we don’t want to be terrorized … but it is frightening.”

Yet even in their grief, residents were defiant about the lifestyle that has made their city a world treasure. Olivier Bas was among several hundred who gathered late Saturday at the site of the Bataclan hall massacre. Although Paris was quiet and jittery, Bas intended to go out for a drink — “to show that they won’t win.”

Meanwhile, refugees fleeing to the continent by the tens of thousands feared that the Paris attacks will prompt EU nations to throw up even more razor-wire border fences and other obstacles to their quest to start a new life.

A top European Union official insisted Sunday that the bloc’s refugee policy does not need to be overhauled in the wake of the Paris attacks and urged world leaders not to start treating asylum-seekers as terrorists.

“Those who organized these attacks, and those who carried them out, are exactly those who the refugees are fleeing,” European Commission President Jean-Claude Juncker told reporters at the G-20 summit in Turkey. “There is no need to revise the European Union’s entire refugee policy.”

Poland incoming government declared Saturday it would not accept refugees without security guarantees but Juncker urged them “to be serious about this, and not to give in (to) these basic reactions.”

On Thursday, twin suicide bombings in Beirut killed at least 43 people and wounded more than 200, and 26 people died Friday in Baghdad in a suicide blast and a roadside bombing that targeted Shiites. The militant group also said it bombed a Russian plane that crashed in Egypt’s Sinai Peninsula on Oct. 31, killing 224 people.