For Monday's World Refugee Day, a look at the roughly 60 million people displaced by conflict and climate change 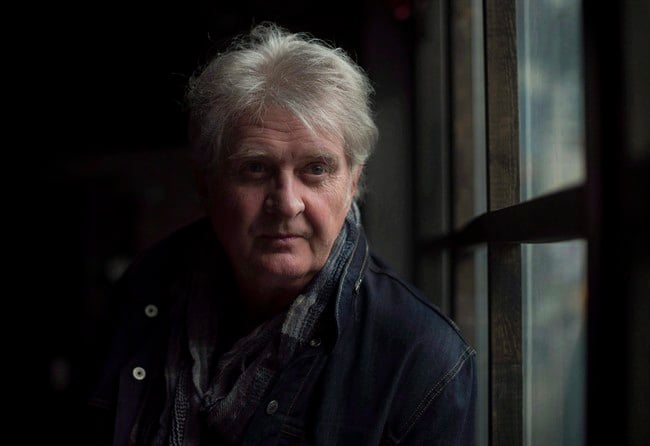 Musician Tom Cochrane poses in Toronto on Friday, February 6, 2015. Cochrane is among those calling for fresh eyes to be cast on the severity of the refugee crisis worldwide as humanitarian agencies roll out an unprecedented campaign trying to raise more awareness. (Darren Calabrese/CP)

OTTAWA – Tom Cochrane turns his phone around to give a glimpse of where he’s sitting — the middle of Lebanon’s farming heartland that’s now home to settlements of tens of thousands of Syrian refugees.

A Syrian mother and her sons smile and wave from a group of shacks and tarps. They’re among the ones who will be part of the upwards of 30,000 Syrians settled in Canada by the end of this year.

When Cochrane visited them this week, someone had been playing his classic song “Life is a Highway.”

It was a moment of connection during a visit that impressed upon the Canadian musician the importance of the West making enduring connections to all refugees, not just the ones who may settle in Canada or elsewhere one day.

After all, most just want to go home, he said.

About half of those affected by the Syrian crisis are children; World Vision and others help fund education programs but the money is running out, putting the programs and the children they help at risk.

Cochrane was in Lebanon to help draw attention to the issue; he’s been working alongside World Vision for years, one of many celebrities who’ve long lent their star power to promoting humanitarian causes.

But much has changed since the days a single star-studded concert could raise millions in a matter of hours for relief, including the scope and size of the need.

An estimated 60 million people are now displaced by conflict and climate change, the highest number since the Second World War. 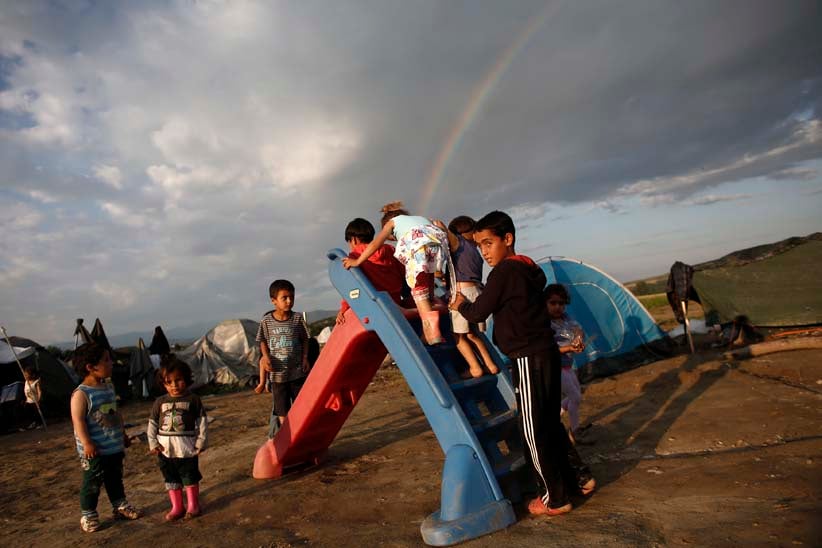 Children play on a slide as a rainbow forms overhead at a makeshift camp for refugees and migrants at the Greek-Macedonian border near the village of Idomeni, Greece, May 22, 2016. (Kostas Tsironis/Reuters)

World Refugee Day on Monday provides an opportunity for one organization to try something new.

Months ago, the Humanitarian Coalition, representing five agencies, began reaching out to others to create a fundraising and awareness campaign using June 20 as an artificial deadline to attach some urgency to the need for people to help, taking a page from matching campaigns used by the federal government in recent years.

The cross-agency effort united behind a single website, worldrefugeeday.com, and then went on to get support from the private sector, everyone from media companies who agreed to run ads to PayPal, which agreed to waive its fees for every gift to the campaign. The Canadian Teachers Federation is promoting the campaign among its members and so is home store Rona.

One activity is the ability to “donate” via a YouTube message. People can videotape messages of support for refugees and then “donate” them to the campaign where they will be shared on Monday. Prime Minister Justin Trudeau has already posted one of his own as part of a digital twist on the old radio telethon.

“The old ways of doing things are inadequate. We need to do more and we need to differently,” said Nicolas Moyer, the executive director of the Humanitarian Coalition.

“Fundamentally, the competitive fundraising model we’ve had for decades, it’s going to have to cease.”

The campaign was developed prior to the federal government’s launch of a review of international assistance, but the challenge facing aid agencies and governments is being explored through that as well.

In a time of scarce dollars and scattered attention, there needs to be more thought given to how aid can be both more efficient and more effective, said Kevin Dunbar, emergency director for CARE Canada, which is leading his agency’s response to the review.

“If we really want to change the world and change power dynamics, that means building civil society.”

The review remains open for comments until the end of July. It’s expected to produce a new focus for Canada’s international aid policy by next year.