With hundreds of young Brits fighting in Syria, anxiety over what happens when they return grows 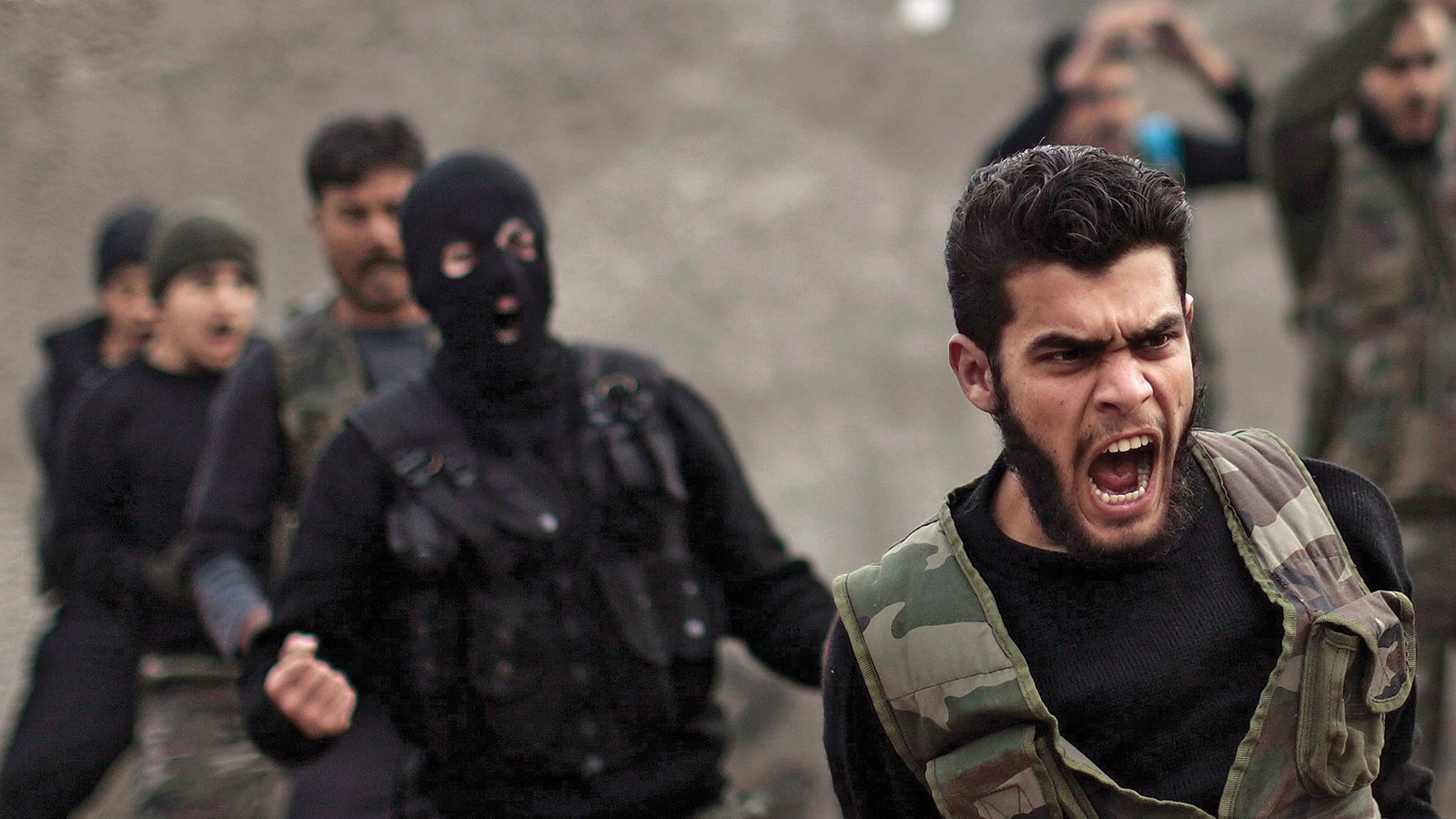 Early last year, two young men from Birmingham, Mohammed Nahin Ahmed and Yusuf Zubair Sarwar, left Britain for Syria, where police believe they spent eight months fighting with the al Nusra Front, a group affiliated with al-Qaeda. Sarwar, a part-time computer science student, said he was on a class trip to Turkey. Soon after he left, his family found a six-page letter in which he admitted that he had gone “to do jihad” and to “die as a martyr.” His mother alerted detectives.

The trip was months in the making. Ahmed and Sarwar chatted online with overseas extremists. They ordered reading material from Amazon: Islam for Dummies and The Koran for Dummies. In January, they flew home and were greeted at Heathrow Airport by counterterrorism officials. In early July, both pleaded guilty to terrorism offences.

Since the Syrian war began three years ago, some 12,000 foreign fighters have taken part. Most come from the Middle East and North Africa, but several thousand are citizens of Western countries—including about 500 Brits—and some will return home. In June, a 29-year-old Frenchman who allegedly spent a year fighting in Syria was arrested on suspicion that he is the gunman who opened fire at Brussels’ Jewish Museum, killing four.

In Britain, the spectre of returning jihadists has gripped popular debate. In June, Prime Minister David Cameron warned that insurgents in Syria and Iraq are planning to “attack us here at home.” A month later, his government unveiled controversial emergency legislation that will allow British security services to continue accessing citizens’ phone and Internet records (a European court had struck down those powers in April on privacy grounds). “As events in Iraq and Syria demonstrate,” said Cameron, “now is not the time to be scaling back on our ability to keep our people safe.” Civil liberties groups now warn of legislative creep, or an encroachment on the rights of British citizens (particularly Muslims) in the name of thwarting terror.

Syrian jihadists are energetic users of social media sites such as Twitter, which they flood with gory photographs and calls for recruits. The Islamic State of Iraq and the Levant (ISIS) boasts a media centre and an app. One jihadi photo that made the Internet rounds this year was an image of a bloody pistol with the caption: “YODO: YOU ONLY DIE ONCE. WHY NOT MAKE IT MARTYRDOM?”

British citizens are heeding calls to join the fight, the majority with rebel groups and “increasingly, with the most extreme among them,” according to the Soufan Group, a New York-based intelligence firm. Some want to help with what they perceive to be a larger Islamist struggle. Others just want to bring down the government of President Bashar al-Assad (which, as early as 2012, Cameron accused of “butchering its own people” with “medieval barbarity”).

The foreign fighters are often of little tactical importance. Some recruits could be “17-year-old boy[s] whose only experience in this field is from playing Call of Duty on an Xbox,” says Will Geddes, founder of the ICP Group, a threat-management company. In these cases, he adds, foreigners might be trained in the art of insurgency—or simply “used as potential cannon fodder.” Recent reports, meanwhile, suggest a growing role for women in the conﬂict, sometimes as “jihadi brides.” Up to a fifth of those travelling to Syria from EU countries are women, the Soufan Group estimates. In June, two Muslim girls—16-year-old twins—snuck away from their home in Manchester and, authorities believe, crossed into Syria to join their brother. They reportedly called home to say they had “no intention” of returning.

But do those who return pose a domestic threat? “Not everyone who has joined the Syrian rebels is al-Qaeda,” writes Aaron Zelin of the Washington Institute for Near East Policy. Yet, “numerous studies show that individuals with foreign training and/or fighting experience have featured prominently in European-based terror plots.” In July, a Twitter user believed to be a British jihadist in Syria published an image of explosive devices alongside a warning: “So the U.K. is afraid I could come back with the skills I’ve gained.”

There is increasing anxiety that British officials aren’t up to the task. “The size of the phenomenon has grown beyond the capacity of European intelligence communities,” says Edwin Bakker, a research fellow at the International Centre for Counter-Terrorism in The Hague. London’s Home Office said that between January and March of 2014, it carried out 40 “Syria-related arrests,” compared with a total of 25 in all of 2013.

Muslim leaders have ramped up their own efforts to counter would-be rebels. In July, more than 100 imams signed an open letter begging British Muslims not to travel to Syria or Iraq. Other experts have proposed creative solutions. Richard Barrett, the former head of counterterrorism for MI6, says foreigners in Syria who have not committed speciﬁc crimes should be offered amnesty, and then provided with de-radicalization and reintegration treatment on their return.

Government officials are also considering a number of legal options, such as blocking more jihadist websites. But it is their extra-judicial manoeuvring that has proved most contentious. U.K. officials have distributed leaflets in Muslim neighbourhoods, urging people to out friends and family members who might be planning to head abroad. In June, Cameron declared schools should promote “British values” as a bulwark against extremism. The prime minister has been accused of turning Muslims into a “suspect community.”

Cameron’s administration has also been charged with overplaying its hand. In a recent speech, Sir Richard Dearlove, the former head of MI6, said the threat of returning rebels was “exaggerated,” and fighting in Syria was “essentially Muslim-on-Muslim.” He accused the government and media of providing extremists the “oxygen of publicity.”

Terrorism, however, has been a real threat in the U.K., with the “Troubles” in Northern Ireland in the latter half of the 20th century and, more recently, the 2005 attack in central London, where suicide bombers killed 52 people. That led to the creation of the 2006 Terrorism Act; a new offence concerned “preparatory acts” of terror.

The changes were controversial. Tayab Ali is a solicitor whose clients include a number of British citizens who have been accused of terrorism. He believes the 2006 legislation “has the tendency to prosecute people who might be angry and expressing strong political views, but who don’t have any real ambition of participating or supporting terrorism in any way.”

Barrett, the former MI6 officer, understands how bewildering it must be to young men who hear about the humanitarian crisis in Syria and want to act. In June, U.S. President Barack Obama proposed funding “moderate” Syrian rebels at the same time the U.S. and its allies were warning nationals not to join the same groups. “It’s very confusing indeed,” Barrett sighs. But, in the end, “the threat of the returning fighter is a small one, compared to the threat of a complete destabilization and destruction of social cohesion in the Middle East.”