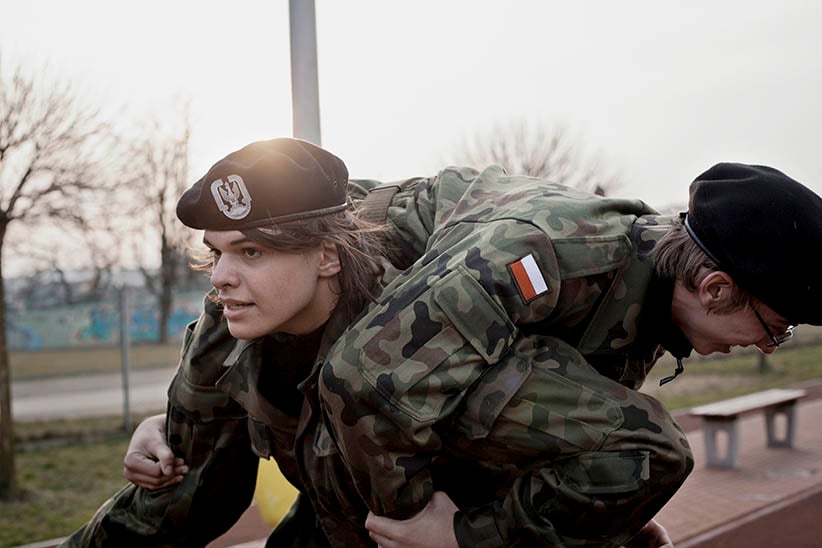 The apocalyptic scenario is never far from the minds of Poles. After all, their country disappeared from world maps for more than a century and, after its 1918 rebirth, experienced invasion and occupation from the Nazis, then “liberation”-cum-subjugation by the Soviets. Now, as a new type of Russian aggression threatens neighbouring Ukraine, interest in patriotic paramilitary organizations is soaring, with thousands of young people seeking out weekend defence training. “There has a been a rise in insecurity,” says Piotr Malecki, a photographer and filmmaker who spent three months documenting the groups earlier this year.

The government has embraced the trend and plans to transform seven of the militias into a single, U.S.-style National Guard. One group, the F.I.A. (Fideles et Instructi Armis), whose membership skews a little older, is already training with the Polish Army—albeit with replica weapons. “Our history is harsh,” Malecki explains, “and we no longer have the luxury of feeling totally secure.”