'Younger and sicker': What Canada's variant-driven third wave looks like

'These are preventable and avoidable deaths and illnesses,' says Ashleigh Tuite, lead author on a new report about the variants of concern 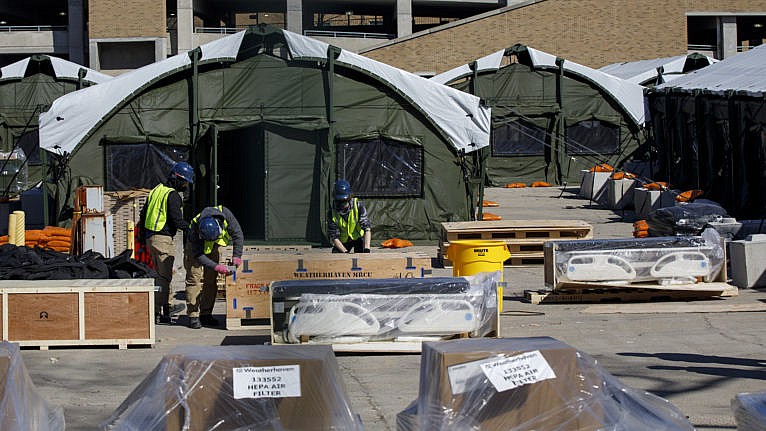 For weeks, experts in Canada warned of a third wave of COVID-19 cases and rising hospitalizations. “Am I missing something here, or is this presentation actually predicting a disaster?”  a journalist asked Dr. Adalsteinn Brown, co-chair of the province’s independent COVID-19 Science Advisory Table, at a Feb. 11 press conference for modelling of a third wave of the pandemic driven by more infectious variants of concern. “No, I don’t think you’re missing anything,” Brown responded.

“It’s a slow-motion car crash. It’s been coming since January and we’re just watching it unfold,” says Dr. Ashleigh Tuite, an infectious disease epidemiologist at the University of Toronto. “We’re in a situation where we don’t want to be, but we’re in a situation that was predictable.” She is the lead author of a new report from the province’s Science Table on hospitalizations, ICU admissions and deaths due to the variants of concern (VOCs).

Even though the third wave started on March 1, the current data is already worse than the situation on Dec. 26, at the beginning of Ontario’s last province-wide lockdown and near the second wave’s peak: The number of people hospitalized with COVID-19 is 21 per cent higher; ICU occupancy is 28 per cent higher; the percentage of ICU patients who are younger than 60 is about 50 per cent higher.

“There’s nothing really surprising here in the sense that what we’re seeing has been seen elsewhere once you have the introduction of these more transmissible variants of concern,” says Tuite, an infectious diseases epidemiologist at the University of Toronto. “The variants are the variants and they behave in a set way.” On the same day the Science Table released its latest findings, British Columbia issued a three-week “circuit breaker,” in an attempt to slow a precipitous rise in cases, while last week Alberta decided to hold off any further relaxation of public health measures because of rising hospitalization rates.

What’s different about this wave is the type of patient arriving at hospital. “I am hearing from colleagues at Toronto hospitals that increasingly, admissions are of younger people and often directly to the ICU,” Dr. Eileen de Villa, Toronto’s medical officer of health, said on March 29. “They’re younger. They’re sicker,” tweeted Dr. Shankar Sivananthan, a critical care doctor with the William Osler Health System on March 25. “That’s been a very clear shift,” Dr. Eddy Fan, medical director of the extracorporeal life support program at Toronto’s University Health Network, told the National Post on March 29.

RELATED: COVID vaccines in Canada: In Phase 2, who can get the shot?

That trend toward younger and sicker patients can be seen in the ICU data in the Science Table study. Currently, patients under 60 years old account for 46 per cent of new COVID-19 admissions to ICUs in Ontario, compared with 30 per cent in the week prior to the start of the province-wide lockdown on Dec. 26. The raw data shows the size of the shift: ICU admissions for those 59 and younger accounted for 45 patients in that week in December but 73 admissions in the week ending on March 21, an increase of 62 per cent.

Tuite thinks the shift to younger people becoming more seriously ill with COVID-19 “may reflect behaviour and who is being exposed to infection right now.” She notes that “we have a lot of younger people who are out working and potentially being exposed to this more infectious wave of variants, so you get more opportunities for infection. And then, when they do become infected, they are more likely to end up in hospital and in ICU.”

Tuite thinks immunizations only partly explain the shift to a younger demographic in ICUs, noting that there was no change in the number of ICU patients aged 80 and older between those weeks in December and March. For one, Ontario’s immunization program is relatively new, so “we’re not really seeing the effects of vaccines in the broader community yet.” In addition, she notes that many of the seniors who have been vaccinated are long-term care residents, who often didn’t get admitted to ICUs after they contracted COVID-19.

RELATED: What can Canadians do after getting the first dose of the COVID-19 vaccines?

The strain on Ontario’s health care system is already showing as the province’s daily case count nears that of the top of the second wave. According to data from Critical Care Services Ontario, Ontario had 410 COVID-19 patients in its intensive care units, as of March 29. The count, which climbed by 46 admissions in the previous 24 hours, is just 10 patients below the ICU second wave peak recorded on Jan. 15, while the province was in lockdown. Since Jan. 1, critical care hospitals have transferred around 600 patients to ease the pressure on hard-hit health centres, including more than 160 ICU patients. As well, a massive field hospital is being constructed in a parking lot of Sunnybrook Hospital, a major trauma and regional intake centre in Toronto.

The other big change between this third wave and the previous ones is “we’re not reacting the way we did before,” Tuite says. “We’ve basically crossed all of those thresholds that resulted in us having a lockdown [in the past] but we’re sitting now and watching.”

She worries that vaccines have become our mitigation strategy to the point that governments have lost sight of other proven public health measures. “Vaccines are going to save the day, but right now we are in a critical situation and vaccines are not going to save us over the next month or two,” she says. “These are preventable and avoidable deaths and illnesses.”