Here’s a breakdown of the marquee matchup 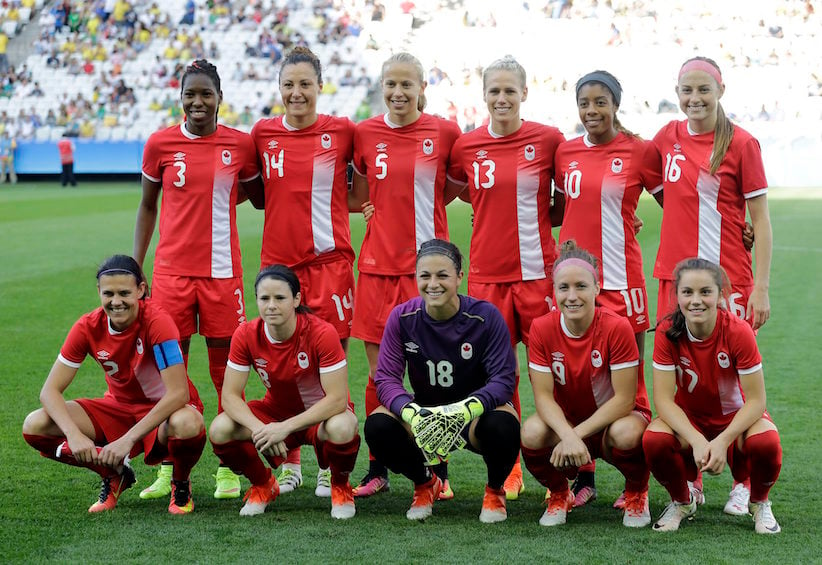 The Canadian women’s soccer team will try to win its second consecutive Olympic bronze medal on Friday in Sao Paulo when it takes on Brazil at the 2016 Olympic Games.

Here’s a breakdown of this marquee matchup at noon ET today:

HOW THEY ARRIVED HERE
The bronze medal and a spot on the podium are at stake, of course. But pride is also on the line for Canada and Brazil, especially after the way they both bowed out in the semifinals when it appeared as though they were destined to meet in the final.

Canada breezed through the group stage with the perfect 3-0-0 record, defeating Australia, Zimbabwe and Germany by a combined score of 7-2. The win over Germany—two-time World Cup champion and three-time Olympic bronze medalist—was a landmark result for Canada: the Reds lost all 12 of their previous contests against the Germans. Next up was a quarterfinal win over France, the same country Canada beat for the bronze in London four years ago.

In beating Australia (No. 5 in the current FIFA world rankings), Germany (No. 2) and France (No. 3), the 10th-ranked Canadians bested three of the top nations competing at the Olympic tournament. Confidence in the Canadian camp, understandably, was high going into the semifinals where they faced Germany for a second time.

This time, though, the Germans took firm control of the match, punishing Canada for its mistakes and for not capitalizing on its chances, to earn a 2-0 win and advance to the gold medal game. It was a disappointing performance for the Reds, who were the class of the competition up to that point thanks in large part to the superb play of youngsters Janine Beckie and Jessie Fleming, as well as captain Christine Sinclair.

Brazil, No. 8 in the world, won its group with an undefeated record and without much trouble before needing a penalty shootout to get past Australia in the quarterfinals. A semifinal date vs. Sweden awaited them, the same team the Brazilians thrashed 5-1 in the group stage. But this time, the Swedes’ defensive tactics frustrated the host nation, who ultimately lost in a dramatic shootout.

THE ALL-TIME SERIES
These two teams have faced off 18 times against one another in international friendlies, with the South Americans holding a slight advantage, with seven wins and six draws.

They’ve never met at a World Cup or the Olympics before, but Canada did beat Brazil for the gold medal at the 2011 Pan American Games staged in Mexico. 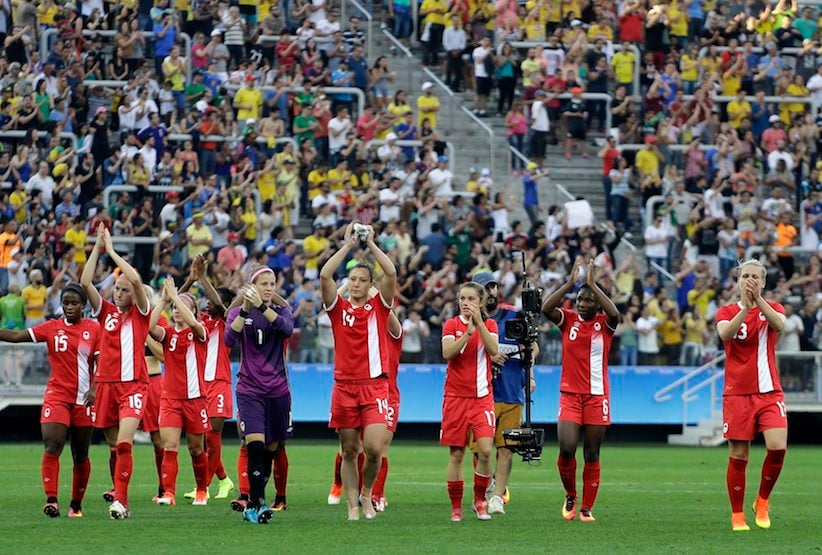 RECENT HISTORY
Friday’s match will mark the sixth meeting between the two nations in the last eight months.

Canada hosted Brazil earlier this summer in a pair of friendlies. The Brazilians earned a 2-0 win in Toronto on June 3 thanks to a first-half brace from Marta. Three days later in Ottawa, Canada exacted revenge via a 1-0 victory, with Beckie scoring in stoppage time.

Canada also defeated Brazil 2-1 in the final of the Algarve Cup exhibition tournament in Portugal back in March.

THE MILESTONE
Friday could be milestone day in more ways than one for Sinclair.

The Canadian captain will attempt to win her second Olympic bronze medal in the very same game where she will earn her 250th cap—an amazing milestone for a player who debuted for her country 16 years ago, and went on to become Canada’s all-time leading scorer and appearance leader. She has already scored two goals in this tournament, increasing her career total to 164.

“What a way to cap it off if she can pull that bronze medal in, get a goal,” coach John Herdman told reporters on Thursday. “Do what Sinc’s been doing all her life — carrying her country. Hopefully she can, but we’ll not put that expectation on her.”

KEY TO VICTORY FOR CANADA
Playing before a partisan Brazilian audience won’t make things easy for the Canadians, so they’ll have to stay composed and try to take the crowd out of the game.

The Reds will also have to find creative ways to open up Brazil’s defence. As much as the Brazilians are known for their attacking prowess, it’s their stout, defensive play in this competition that has turned heads. The host nation has conceded just one goal in five games—and that was back in the group stage.

“Coming up against Brazil, we know defensively they are very resolute,” Herdman said. “This will be one of our toughest tests. When we get our chances in the game, we have to take them. We’ll be asking our forwards to press and create opportunities, and we’ll be pushing to convert when we get set plays.”

PLAYER TO WATCH: CANADA
Janine Beckie: The 21-year-old forward has enjoyed a breakout Olympic tournament, leading her country in scoring with three goals and linking up effectively in attack with Sinclair—and all this after she was left off of Canada’s roster at last year’s FIFA Women’s World Cup.

PLAYER TO WATCH: BRAZIL
Marta: She “only” has two goals in this tournament, but the five-time FIFA world player of the year is a dangerous attacker and a game-breaker who has the ability to punish Canada with her deft touch on the ball and her quickness in transition.

SHE SAID IT
“We experienced an incredible moment in London, without doubt the greatest of my career. But this team is even stronger than our side four years ago. I’m convinced of that. We have to and we will do everything to win another bronze medal and relive that experience.” – Canadian defender Rhian Wilkinson.

Belanger, Rose and Matheson in for Wilkinson, Schmidt and Beckie as Herdman makes changes for bronze-medal game. #CANvsBRA #Rio2016