A women's hockey juggernaut, brought to you by small cities and towns

Not a single player on Team Canada lists Montreal, Ottawa, Calgary or Vancouver as her hometown. What can our big cities learn from Ste. Anne, Man.? 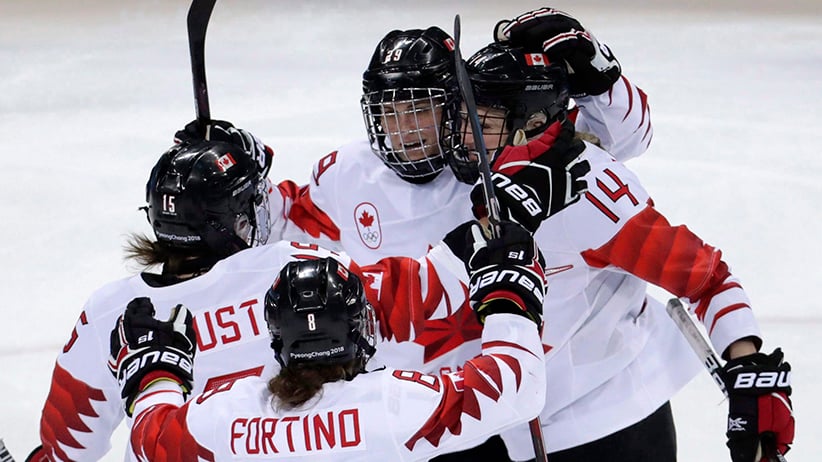 Marie-Philip Poulin (29), of Canada, celebrates with her teammates after scoring a goal against the team from Russia during the second period of the semifinal round of the women’s hockey tournament at the 2018 Winter Olympics in Gangneung, South Korea THE CANADIAN PRESS/AP-Julio Cortez

When it comes to cultivating elite talent, women’s hockey is always not a big city sport.

As Canada’s women play for a fifth straight Olympic gold, four of Canada’s largest cities won’t have bragging rights of being hometown to any of this year’s medal winners in Pyeongchang.

There are six women on the current roster who won gold at the 2010 Vancouver Games, but not a single player on the current Olympic squad is from the home of the Canucks, according to Hockey Canada’s roster. Montreal has our nation’s most storied hockey history, yet it’s without a single representative on this year’s team. How about Calgary and Ottawa? Both were shut out. And there’s only one player, Natalie Spooner, on the team from Toronto. (Even then, the team’s publicity material lists her hometown as Scarborough, Ont.) 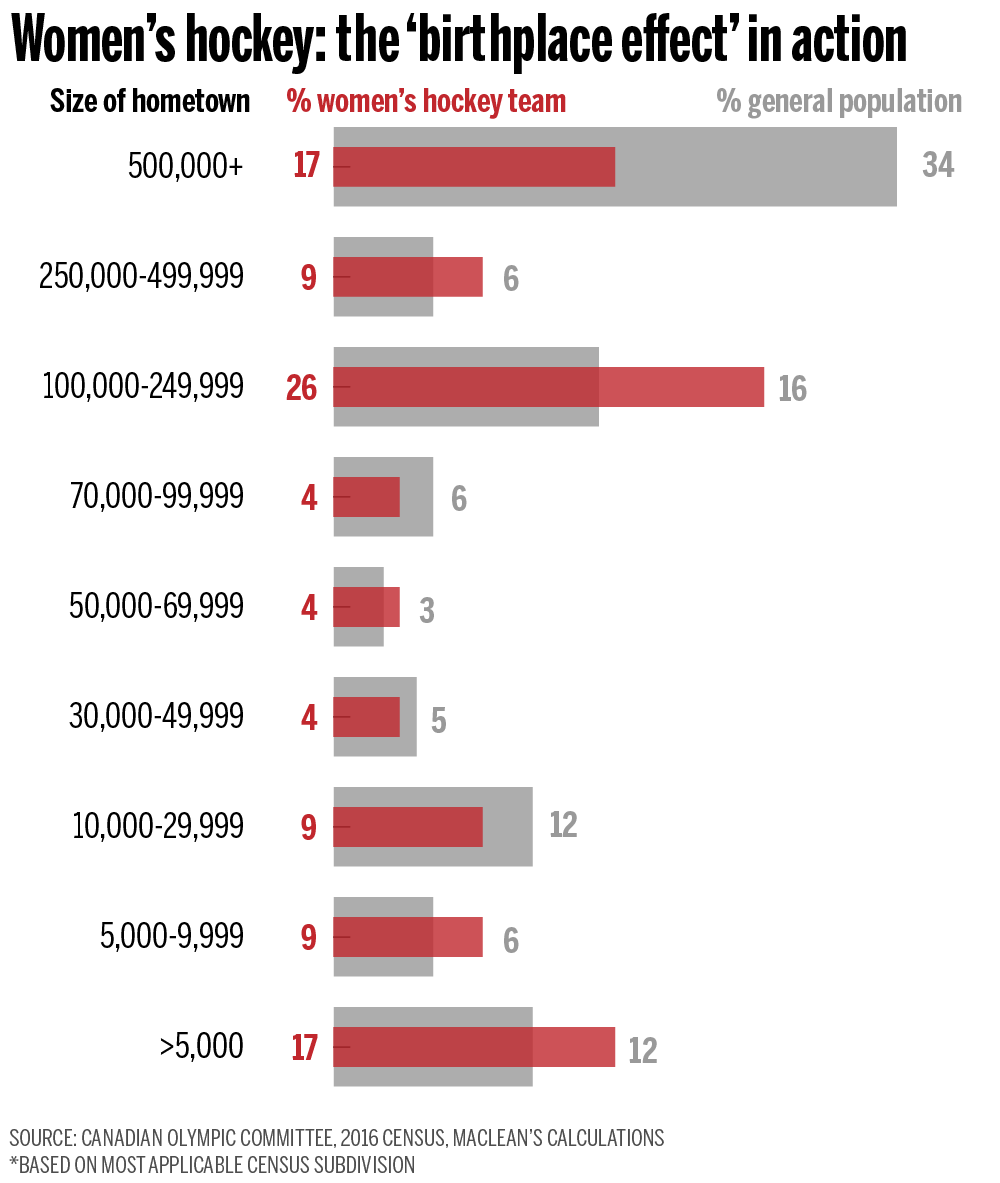 Together, these five cities account for a population of more than 7 million, or 21 per cent of the entire country, and they managed to produce fewer players on the national team than Ste. Anne, Man., pop. 2,000, give or take.

So where is Canada’s hockey talent pipeline, if not Ste. Anne? If Canada’s women’s Olympic hockey team were to take a cross-country road trip to visit everyone’s hometown, they’d put a pin in Stellarton, N.S.; La Malbaie, Que. Ruthven, Ont.; Mallard, Man. and St. Albert, Alta. Only trips through Hamilton and Edmonton would mark a visit to cities with more than 500,000.

For researchers, that’s not altogether surprising.

It’s known as “the birthplace effect.” In a 2006 study, Canadian researchers found that cities with populations greater than 500,000 were severely underrepresented when it came to producing talent that reached North America’s biggest sporting leagues, be it pro hockey, basketball, baseball or golf. Instead, it was cities with populations between 50,000 and 100,000 that had the best odds of producing a player to reach the most elite leagues.

The study also looked at Canadians reaching the NHL and found similar results: the bigger cities just weren’t producing as much talent when you take the population difference into consideration.

And while the data shows a clear link between city size and sporting achievement, “we don’t know the exact reason,” says Dany MacDonald, chair of department of applied human sciences at the University of Prince Edward Island, and one of the study’s co-authors. “We speculated that it could be an opportunity-and-demand situation.”

In Toronto, for example, there are plenty of hockey arenas, but there are also plenty more people begging for ice time, which would explain the parents arriving at arenas at 5 a.m., MacDonald says. “In those medium-sized cities, there’s a better ratio of resources to number of people who want to use them.”

Of course, the city must be of a certain size to at least offer those resources—and enough kids to play against.

A second hypothesis from MacDonald is that in a smaller or mid-size city, there is more outdoor time and less structured play. Instead of parents driving their children to the rink to play other kids who are the same age and relative skill level, smaller cities afford more opportunities to go to the local outdoor rink to play against others who could be of vastly different ages and skill levels in an unstructured environment.

“If you’ve got seven-year olds [living in a big city], you’re probably not inclined to let them go play for a few hours after dark, whereas if you’re in a small area, you might be willing to do so,” MacDonald says. “It’s a safety thing.”

Before big-city families with Olympic dreams start looking at real estate in Flin Flon, Man., “the idea is not that anyone should move to a small community,” says Jennifer Turnnidge, a post-doctoral student at Queen’s University who has studied the influence of birthplace on development in youth sport. Instead, she says, we need to figure out how to re-create whatever makes smaller cities so successful in cultivating elite athletes, which can then be applied in major urban areas “so everyone has the opportunity to experience the appropriate environment.”

Until then, though, Canada’s smaller cities will be the ones truly worth their weight in gold.