Here are some notable events and Canadians to keep an eye on today: 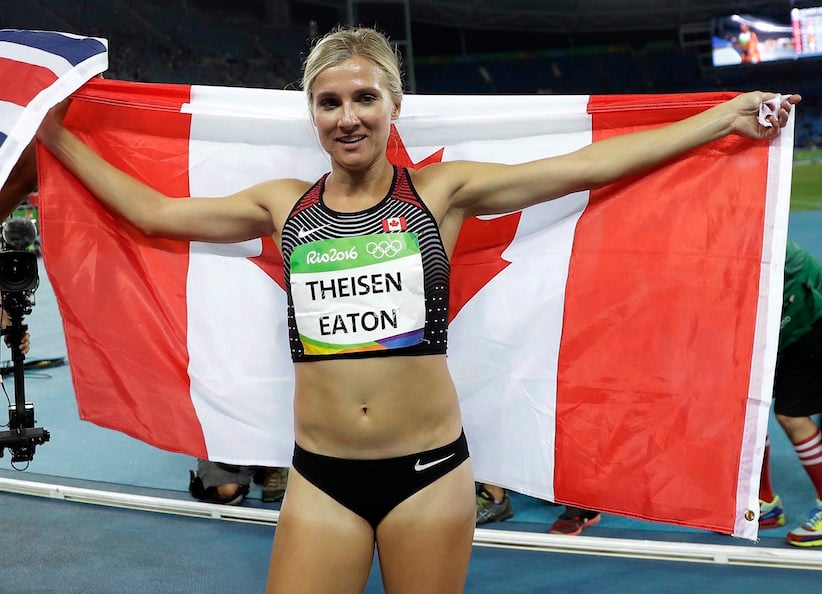 Canada’s medal streak is alive and well at Rio 2016 thanks to a pair of bronzes from Brianne Theisen-Eaton in the heptathlon and the women’s team pursuit cycling squad.

The Canadian men remain without a medal to this point in the Games, but that could change on Day 9 from Rio as Andre De Grasse looks to climb the podium.

Here are some notable events and Canadians to keep an eye on today:

The Summer Olympics’ premier event — the men’s 100-metre sprint — wraps up Sunday with De Grasse looking to earn the first medal of his promising career. The 21-year-old sprinter from Markham, Ont., won his qualifying heat and posted the third fastest time overall on Saturday. He’ll face some stiff competition in the event, including the legendary Usain Bolt. However, De Grasse won’t be satisfied unless he is crowned ‘World’s Fastest Man.’

“I came out here to try to win gold,” De Grasse told CBC after winning his qualifying heat. “I’m a competitor so I feel like I have a good chance to take out these guys. I’m not going to wait until 2020, I’m going to do it now.”

Canada returns to the hardwood on Sunday with a big matchup against Spain. The two teams enter the action with seven points each, trailing only the mighty United States in Group B. Kia Nurse and the rest of the Canadians will be eager to get back in the win column following a blowout loss at the hands of the Americans their last time out. 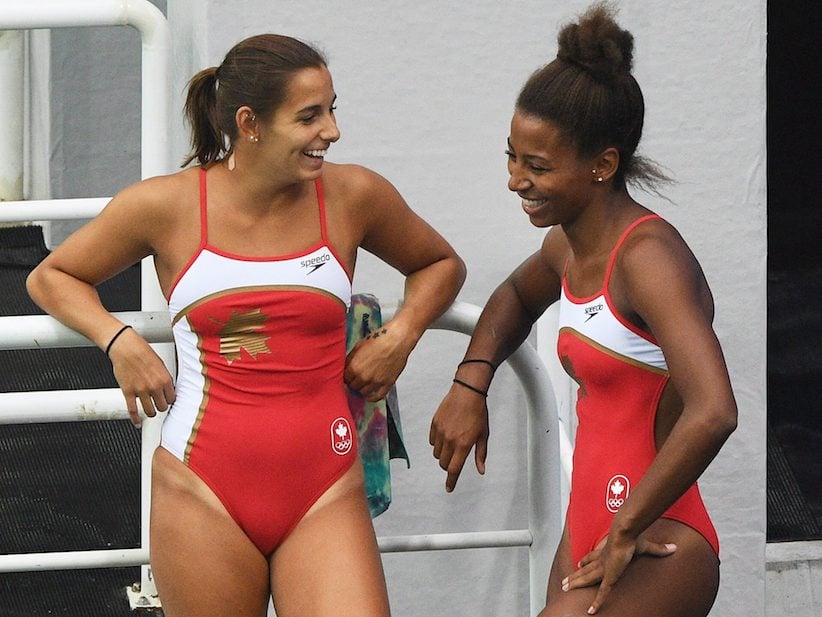 After narrowly missing the podium together in the women’s synchronized 3-metre springboard competition earlier this week, Jennifer Abel and Pamela Ware turn their attention to their solo performances. Abel posted the third-best score in qualifying, while Ware finished ninth. Abel and Ware finished first and second, respectively, at last summer’s Pan Am Games in Toronto.

Arthur Biyarslanov has one of the most fascinating stories among those competing in Rio. Fleeing war-torn Chechnya as a child, Biyarslanov is now competing under the Canadian flag when he enters the ring. Nicknamed ‘The Chechen Wolf,’ his road to the podium will have to go through German Artem Harutyunyan in the Round of 16 on Sunday.