In Rio, heartbreak for Canadians in synchro diving 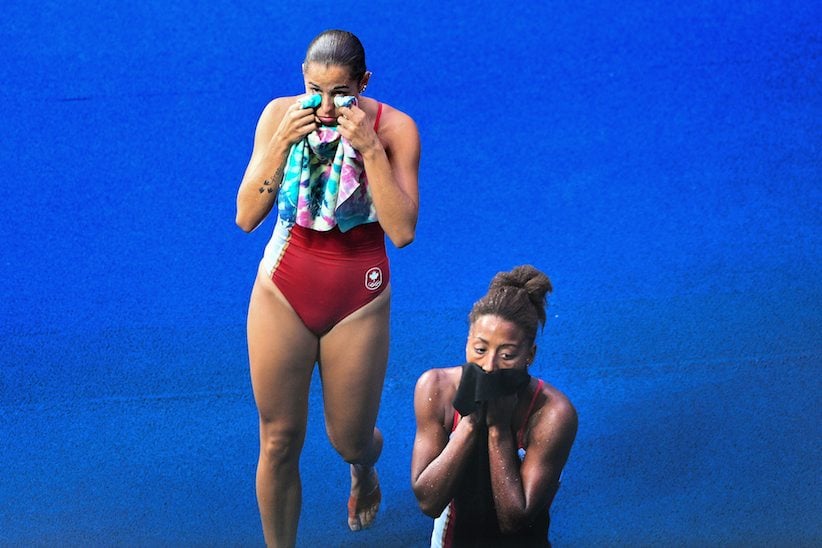 Jennifer Abel and Pamela Ware knew, but they still hoped. Standing in the shallows at the edge of the pool after their fifth and final dive, the 3-metre springboard synchro partners turned to look at the giant scoreboard and will a different outcome. Able, who had over-rotated on her entry, cupped her hands around her nose. Ware, who had committed the same sin just the dive before, was literally biting her nails. Then their score—a paltry 67.50—flashed up and disappointment was concretized. The Australians had won the Rio bronze medal by less than a single point—299.19 to 298.32. Able sank slowly below the surface of the water. And Ware turned her face away.

The margin between the podium and also-ran is often slim at the Olympics. But Abel, who turns 25 in two weeks, and Ware, 23, have reason to be upset. No one was going to challenge the Chinese pair, Tingmao Shi and Minxia Wu, for the gold, but the other two medals were wide-open. The Canadian divers came into these Games ranked third in the world, and held high hopes.

“We knew we were there. We also knew it was possible,” Abel later told the media, tears still dotting her eyelashes. “But it just wasn’t our day.” 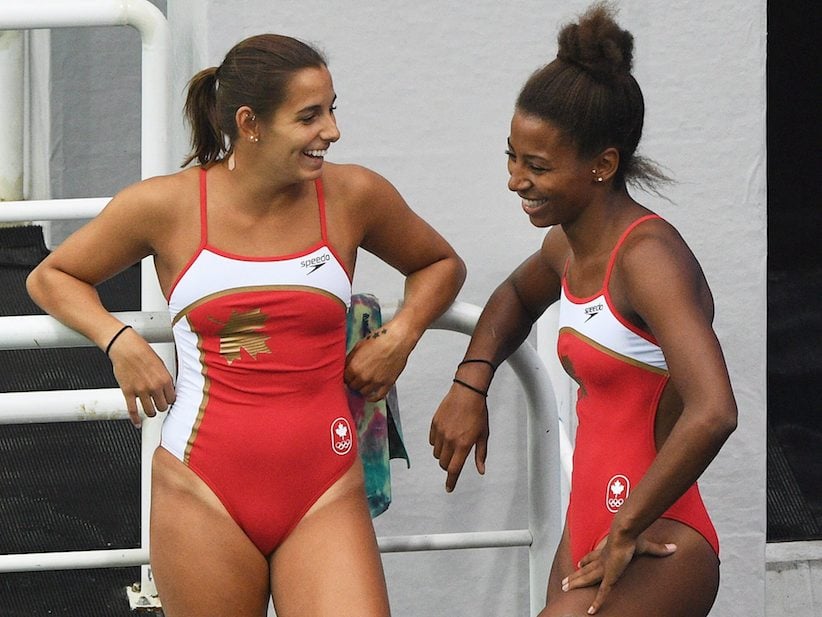 The Canadians were in seventh after their first plunge and stood sixth after their second. But they clawed their way back into contention with their third dive, a solid, back 2 1/2 somersault, and found themselves in fourth, tied with Great Britain. Heading into their final dive, Abel and Ware were in third place and potentially could have caught the Italians for the silver if they had nailed their most difficult plunge, a 2 1/2 somersault, single twist.

As they exited the water, Abel who won a synchro bronze in London four years ago with Emilé Heymans, exchanged words with her new partner. “I apologized,” Abel explained. “But she shouldn’t have,” Ware interjected, wrapping an arm around her friend and laying her head on her shoulder. “She’s not the only one who missed. I did too. And I’m proud of her.”

Abel says she’s only sorry because she knows they can do better. Ware is already talking about four years from now in Paris.

Letting a medal slip through your fingers is a disappointment, but it’s not a failure.

“How many people can say they were fourth at the Olympic Games?” Abel asked with a smile. 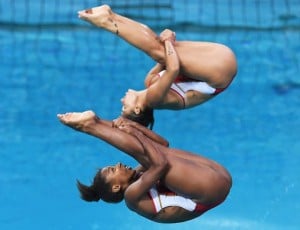