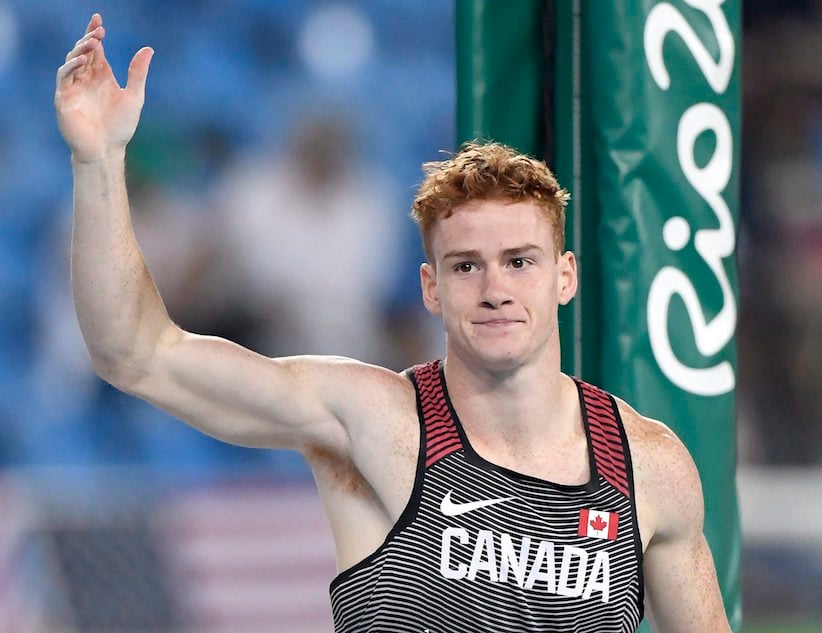 Shawn Barber waves to the crowd after being eliminated at 5.65 metres in the men’s pole vault final. (Frank Gunn, CP)

RIO DE JANEIRO — As the pole vault bar fell 5.65 metres to the ground, Shawn Barber’s Olympic dreams came crashing down with it.

It was a bitter but fitting end to Day 10 of the Rio Olympics for Canada, the first day in which it found itself without a medal.

A favourite to win the pole vault competition coming into the Games, Barber was expected to rescue a dismal Monday for Canada that earlier saw its paddlers shut out of medal contention.

But the reigning world champion couldn’t get going, perhaps bothered by the rain that plagued the track events at Olympic Stadium.

He needed two attempts to vault over the opening height of 5.50 metres, then failed on all three attempts to get over 5.65.

Barber’s early exit ended Canada’s streak of winning at least one medal a day at nine. Canada remained in 11th place in the overall standings with 13 medals (two gold, two silver, nine bronze). The goal coming into the Games was a top 12 finish. 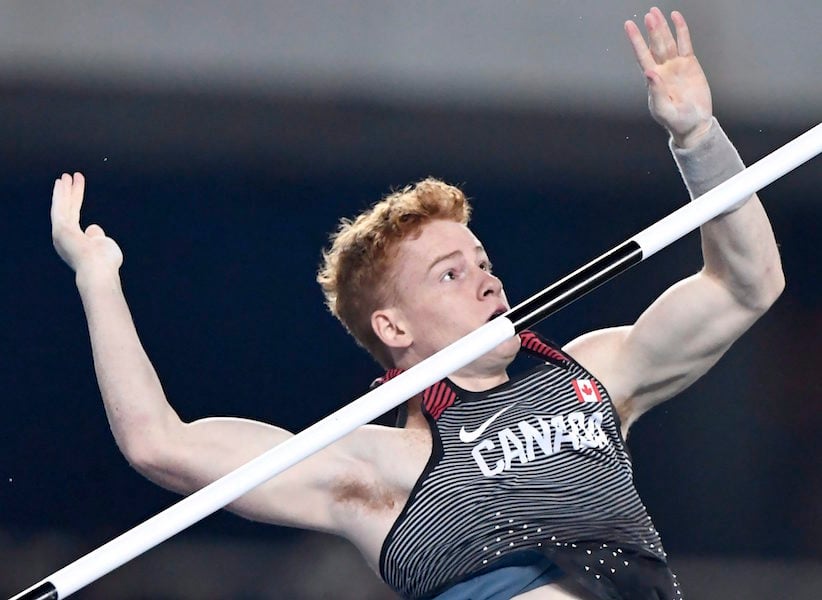 Earlier Monday, Canada found itself in rough waters with two of the country’s leading medal contenders seeing their hopes for a podium finish washed out.

Ontario paddlers Adam van Koeverden and Mark Oldershaw both failed to make the finals in their respective races after disappointing finishes in the semifinals.

Four-time Olympic medallist van Koeverden of Oakville, Ont., advanced from the heats of the men’s 1,000-metre race on a sweltering Monday morning at Lagoa Stadium, but couldn’t recover from a tough start in the semifinals, winding up sixth and out of contention for a medal.

A sometimes brash athlete who is not afraid to speak his mind, van Koeverden was in a reflective mood as he talked about why coming back meant so much.

“Because it was on my terms. I made a decision to kayak,” said van Koeverden. “I’ve never really made a conscious decision to race. It’s always been my obligation, my thing, my lot in life, my opportunity, my job.

“And this year it was just my choice.”

While he will race in Tuesday’s B final, this was essentially his Olympic swan song, the closing act of a career that included a gold and a bronze in 2004 before back-to-back silver medals in 2008 and 2012.

Oldershaw, who won bronze in 2012 in the men’s 1,000-metre canoe race, also qualified for the semis, but like van Koeverden failed to make the A final after a fourth-place finish.

“You want to be in a final,” said the 33-year-old from Burlington, Ont. “That’s why you come to regattas, to be in that race. That was a good race, but the semifinal is not where you want to come up short. The whole year you think about the final.”

Oldershaw, a third generation Olympian who uncharacteristically faded over the final 100 metres, said it was a deeper field than he faced four years ago.

“It just made it that much tougher to crack the final,” he said. “I still feel like if I lined up in the final I’d have a shot at a medal. I think that’s how deep the field is. I just wish I could be part of it.” 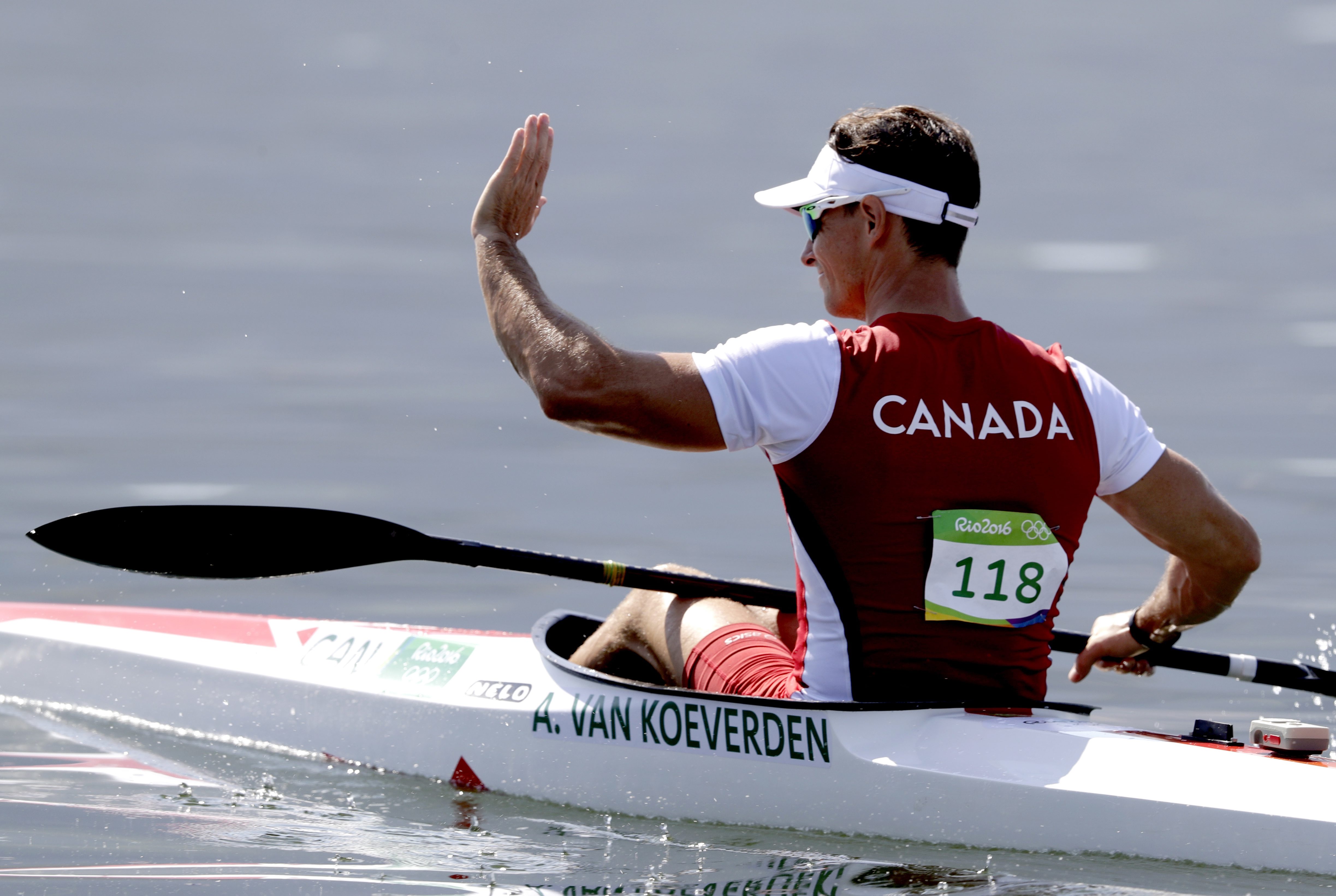 Meanwhile, Oakville’s KC Fraser and Genevieve Orton of Lake Echo, N.S., didn’t make the final in the 500-metre women’s double kayak event after finishing fifth in their semi. And in the women’s 200-metre kayak semis, Quebec City’s Andreanne Langlois will also have to settle for the B side after a fifth-place finish.

Stephanie Horner from Beaconsfield, Que., who trains in Victoria, finished 23rd in the first Olympic swimming event held in the city’s polluted water.

The men’s volleyball team made up for some of the disappointment on the water by qualifying for the quarter-finals with a surprising 3-1 win over previously unbeaten Italy.

The win was Canada’s first over Italy in 16 matches.

“It is nice to beat a really good team as Italy,” Canada’s Frederic Winters said. “We could control our destiny with a win so it was a lot of pressure for us.”

Elsewhere in the water, Jacqueline Simoneau of Saint-Laurent, Que., and Karine Thomas of Gatineau, Que. qualified for the synchronized swimming duet final. The duo placed seventh in qualifying with a score of 179.3583, putting them 15.1661 points behind the first-place Russian team. China qualified in second place and Japan placed third.

Phillipe Gagne of Ville de Mont Royal, Que., is on to the semifinal in men’s three-metre springboard diving, finishing in 12th place with a score of 400.75.

In track and field, Crystal Emmanuel of East York, Ont., qualified for Tuesday’s semifinals in the women’s 200 metres with a personal best time of 22.8 seconds. 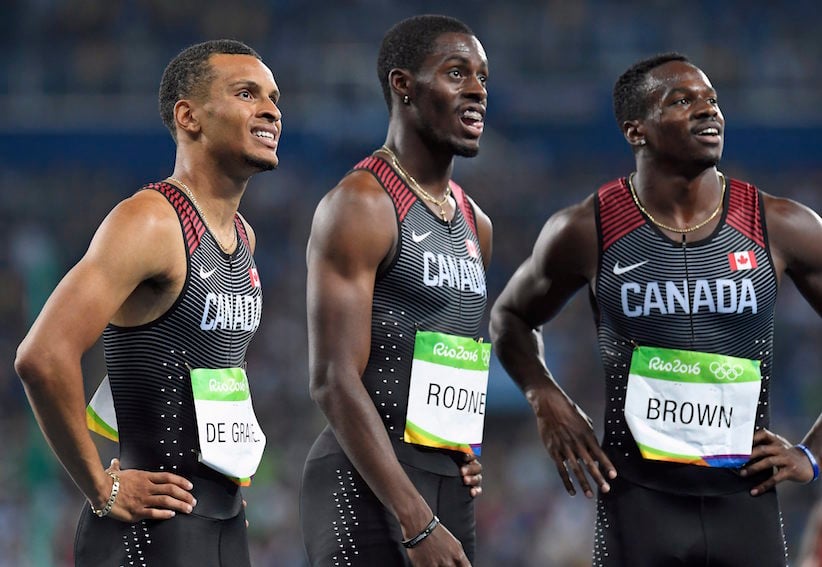