What's next for Penny Oleksiak?

After a stellar week in Rio, the swimming sensation says she's heading home to 'lay low' 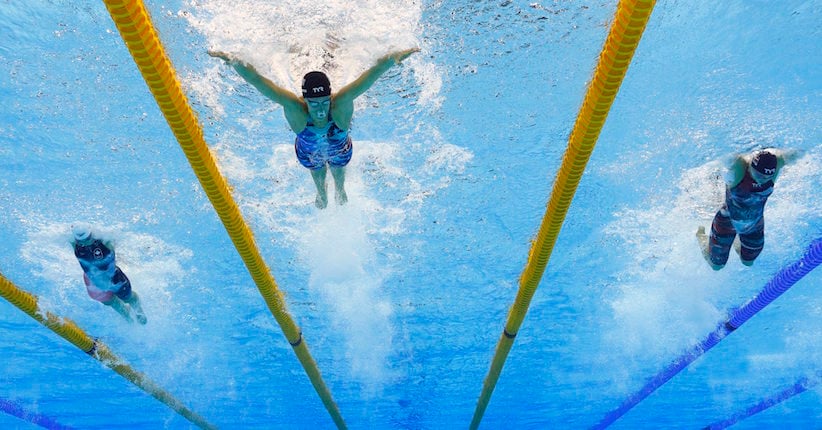 Penny Oleksiak’s magic has limits after all.

Oleksiak, who swam the butterfly, the third leg of the mixed relay, entered the pool in fifth place and handed off in the same spot. Chantal Van Ladneghem put her all into the final 100-m freestyle, but could not make up any ground. Gold went to the United States, followed by Australia and Denmark.

Afterwards, it became clear why Oleksiak did so well in her first Summer Games—she simply hates to lose.

“I touched the wall and I felt like I had put everything into the race. It was hard getting out of the pool,” she said in a grim-faced session with the media. “It’s was one of the hardest races I’ve had this whole meet, but I just feel like I should have had more.”

Asked if she was tired after a long week—the most successful in Canadian swimming history—she gave a response that suggested she has little interest in making excuses. “I dunno. Maybe,” she said. “I’m just not super happy with that race.”

Van Ladneghem, with the wisdom of age 22, was better able to see the big picture. After the previous three Olympics where Canada won a total of three medals in the pool, taking home six from Rio—bronzes in backstroke for Kylie Masse and Hilary Caldwell in addition to the relays and Oleksiak’s individual podium finishes—is a big, hairy deal. 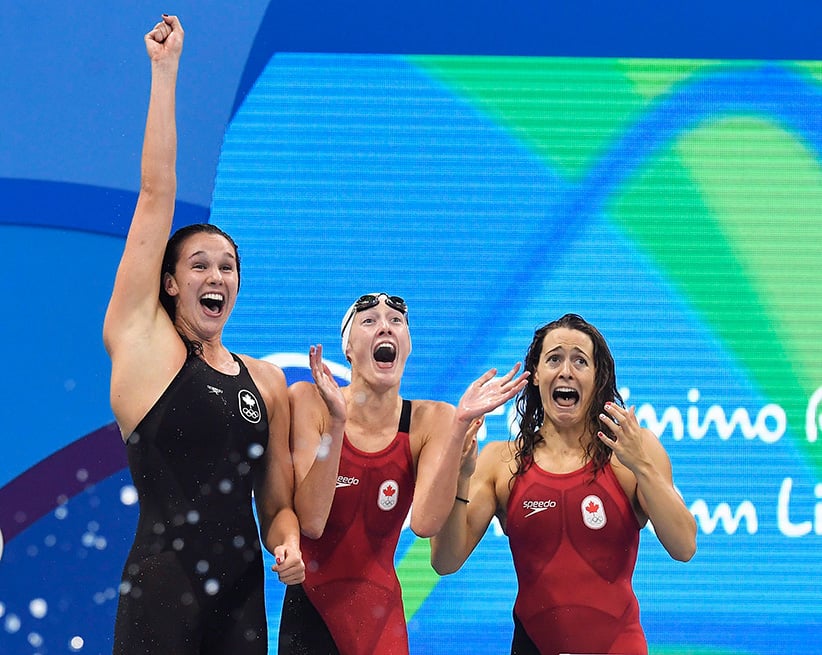 “It’s absolutely huge what Canada has done in this meet. I think we proved to ourselves and to everyone that we are a contender,” said the Winnipeger, who goes home with a relay bronze herself. “The future of Canadian swimming is now. It’s not in 2020. And I think it’s just going to keep moving forward from here.”

Canada’s men, however, finished the Olympic meet shut out of the medals, with their closest brush being a fourth by Santo Condorelli in 100-m free, just 0.03 seconds off the podium. On Saturday, the men’s last hope, Ryan Cochrane finished a distant sixth in the gruelling 1,500-m freestyle race.

“The frustrating thing about this swim was that all year long it was the best training I ever had. I didn’t think at 27 years old that I could do that. So it’s really hard to come here and not have that transfer to the results,” he said afterwards. “I think I might have let people down. And I let myself down too.”

During the dark age of Canadian swimming—basically every Olympics between 1992 and Rio—Cochrane was one of the few bright lights. As a skinny 19-year-old in Beijing, he slipped into one of those now-banned, high-tech body suits and won Canada’s sole medal in the pool, a bronze in the 1,500-m free. Four years later in London, as a slightly less beanpole 23-year-old, he shaved a second off his 2008 time, without the assistance of the suit, and won a silver. Brent Hayden was the only other Canadian to hit the podium in 2012, with a bronze in the 100-m free.

Cochrane knows how big this Olympics has been for Canadian swimming. 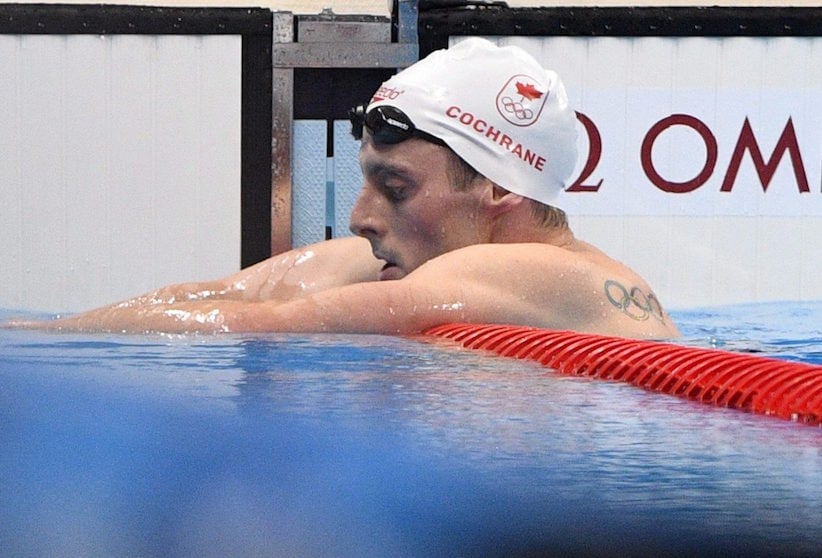 “For years and years and years we tried to talk about winning, but we had too many people who weren’t here to win. I think this team was here to win,” he said. “We always discussed having to catch up to the rest of the world, because they were ahead of us. It’s pretty fantastic to see how far we’ve caught up, but there are still things we can work on.”

He says he will take some time to consider whether he wants to try to come back for a fourth Olympics in Tokyo.

Oleksiak says she intends to return home to Toronto and “lay low,” after a whirlwind eight days in the pool.

“I’m going to be taking a few weeks off after this. I going to try not to do any swimming and hopefully avoid the media and stuff,” she said.

The 2020 Games, however, are already in her plans.

“I’m probably going to start thinking about 2020 as soon as I start next season,” she said.

Just imagine what she’ll be like as a 20-year-old.