Abel finished fourth in the three-m springboard, and was all smiles 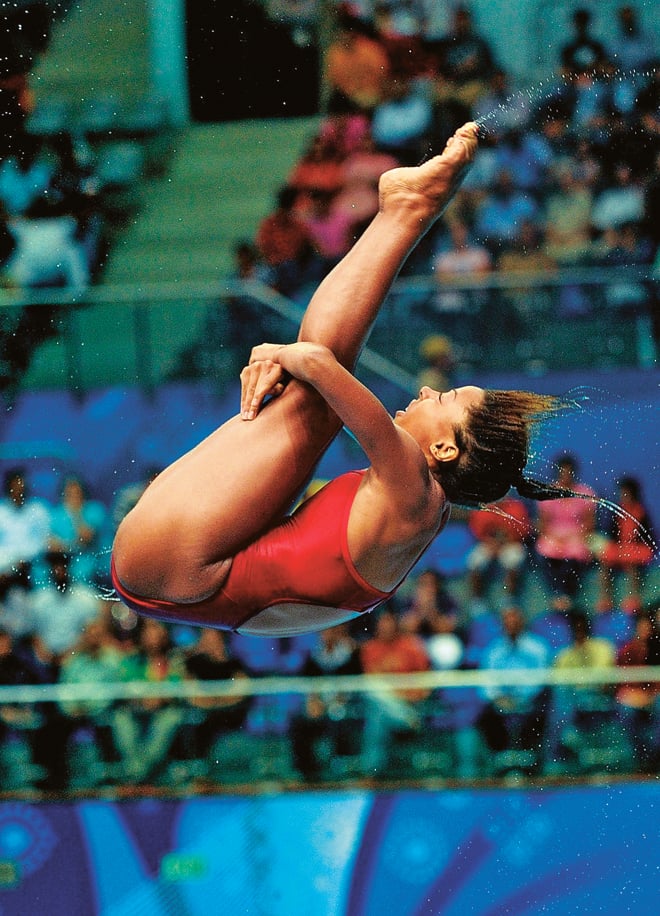 RIO DE JANEIRO — Jennifer Abel was once again brought to tears, but this time they weren’t ones of sadness.

The 24-year-old from Laval, Que., narrowly missed out from the podium at the Rio Olympic Games for the second time in seven days. But contrary to last Sunday, she smiled at the end of the individual three-metre springboard competition.

“They’re two completely different sentiments,” said Abel, who also narrowly missed the podium with partner Pamela Ware in last weeks’ three-metre synchro. “For sure I wanted to bring two medals home and even though it’s disappointing, I can tell myself that I battled until the end. This competition will make me so much stronger for the next few years that I’m even excited to start diving again.”

China’s Shi Tingmao won gold with 406.05 total points while He Zi, also of China, took silver with 387.9. After the medal presentation, He’s boyfriend—fellow Chinese diver Qin Kai—proposed to her and she accepted.

It was the swan song for the 31-year-old Cagnotto, who will retire at the end of the season. The Italian received her first Olympic medal in her fifth career Games.

Abel was happy for her competitor afterwards.

“I’m extremely happy for Tania, because she dove well,” said Abel. “She’s a world-known diver and I knew that she would be my biggest rival for a place on the podium. You know, when all the girls dive well and it’s the best that wins, it’s still more gratifying than to get a medal because of others’ errors.

“(Tania) came over to see me after the competition and told me that there’s no shame in finishing fourth. She then told me ‘Don’t worry, you’re the next one.”

Abel was third after the fourth of five dives but Cagnottto applied pressure after getting 81.00 points with her last jump.

“I wasn’t too nervous after that dive because my objective was to perform my best jump of the competition,” said Cagnotto, who also picked up a silver in the synchronized three metre. “I wanted to do my best performance for my last competition.”

Abel was only able to get 69 points on her last dive, which placed her fourth.

“When I climbed on the springboard, I only wanted to be proud,” said Abel. “I heard the crowd after Tania’s dive—I didn’t know the score—but I just wanted to finish with a good dive. I put it last and it’s not for nothing.”

“Yes, I was nervous,” she added. “I had the feeling of just jumping in the water and quitting, but at the same time I wanted to finish with my head held high and that’s what I did.”

Meanwhile, Ware was all smiles after finishing seventh. She accomplished her goal to dive more freely.

In the semifinals on Saturday, Canadian diving coach Aaron Dziver said that he hoped Ware would be relaxed in the final and that’s what she did.

“Today, I just wanted to have fun and to keep my smile on my face,” said Ware. “I’m super happy of my first Games because I’m still the seventh best diver in the world.”

Ware admitted that she still has a lot of work to do before aspiring for an Olympic medal but her results in Rio have convinced her to continue to chase the adventure “for four more years, until Tokyo.”

Montreal’s Phillipe Gagne will enter into the scene on Monday in the preliminary round of the men’s three-metre individual springboard.