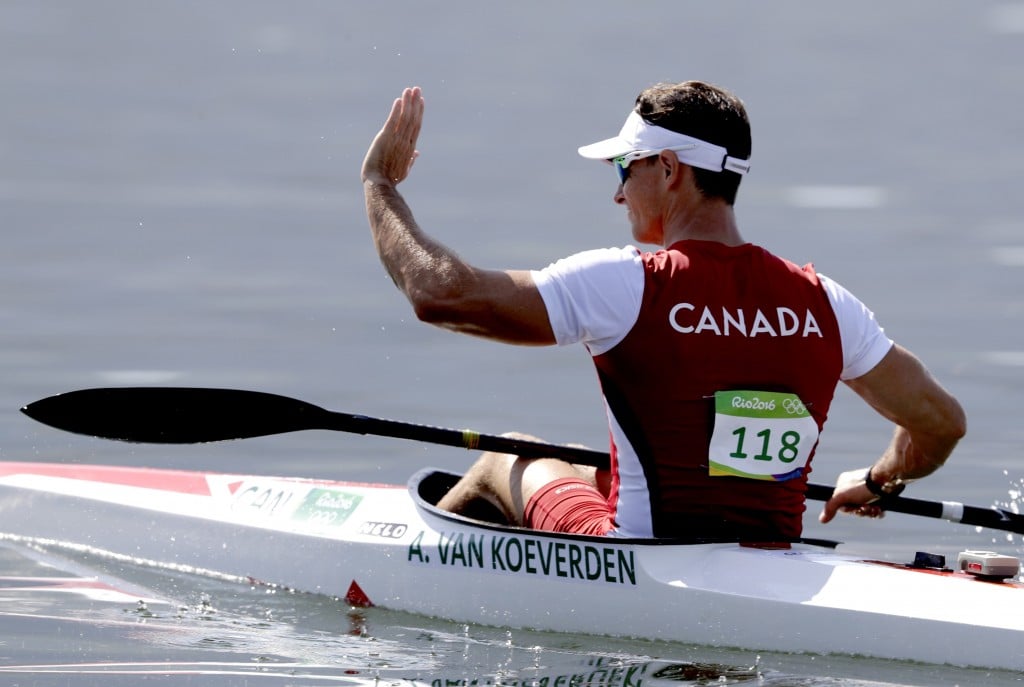 After Andre De Grasse electrified the nation with a bronze-medal run for the ages and a possible taking of the torch from three-time Olympic gold medallist Usain Bolt, the Canadians will be hungry for more hardware with a few chances back on the track.

Here are some notable events and Canadians to keep an eye on Day 10 of the Rio 2016 Olympic Games.

Two Canadians will have a shot at the podium at Rio Olympic Stadium Monday with 2015 world pole vault champ Shawnacy Barber looking to add Olympic champion to his resume and Montreal’s Genevieve Lalonde competing in the women’s 3000-metre steeplechase final.

In addition to the two medal hopefuls, Canada will see nine others representing the Red and White on the track spread out across the women’s 200 metres and 400-metre hurdles, and the men’s 3000-metre steeplechase and 110-metre hurdles. All are preliminary races.

Canadian Olympic paddling medallists Adam van Koeverden and Mark Oldershaw have advanced to semifinal races at the Rio Games. Oldershaw of Burlington, Ont., – a bronze medallist at the distance at the 2012 Olympics in London – finished third in his men’s singles 1,000-metre heat in a time of four minutes 13.6 seconds.

Van Koeverden, a four-time medallist and former Olympic kayaking champion from Oakville, Ont., also finished third in his singles 1,000-metre heat with a time of 3:37.212. KC Fraser of Oakville and Genevieve Orton of Lake Echo, N.S., were sixth in their heat in 1:46.148 to advance in the women’s double 500 metres. In the women’s singles 500, Quebec City’s Andreanne Langlois moved on after finishing third in 40.956 seconds. The semifinals are set for later Monday morning.

Other Canadian paddlers in action on Day 10 are the kayak doubles pair of Genevieve Orton and KC Fraser, competing in the 500-metre event, and Andreanne Langlois, a singles 200-metre kayak competitor. Like Oldershaw, should Langlois advance out of her heat she will have a chance to compete in the semifinals scheduled for about 10:00 a.m. ET.

Eighteen-year-old Philippe Gagne will make his Olympic debut on Monday after a successful junior career.

The Montreal native won silver and bronze in the 10-metre platform and three-metre springboard, respectively, at the 2014 Nanjing Youth Olympic Games and came away with silvers in those two events last year at the Toronto Pan Am Games.

At Rio he’s only competing in the three-metre springboard and will be hoping the success he found on the junior circuit will carry over to the world’s biggest stage.

Over at the velodrome, Calgary’s Allison Beveridge is Canada’s lone hope in the women’s omnium.

Essentially the pentathlon of track cycling, Beveridge’s day will begin at about 9:59 a.m. ET with the scratch race and will see her go through two more of the six events, individual pursuit and the elimination race.

Isabela Onyshko will hope to do Minnedosa, Man., proud when she competes in the women’s balance beam final starting at 2:46 p.m. ET.

The 18-year-old qualified for the individual balance beam final after a stellar showing on the apparatus during the gymnastics team competition. 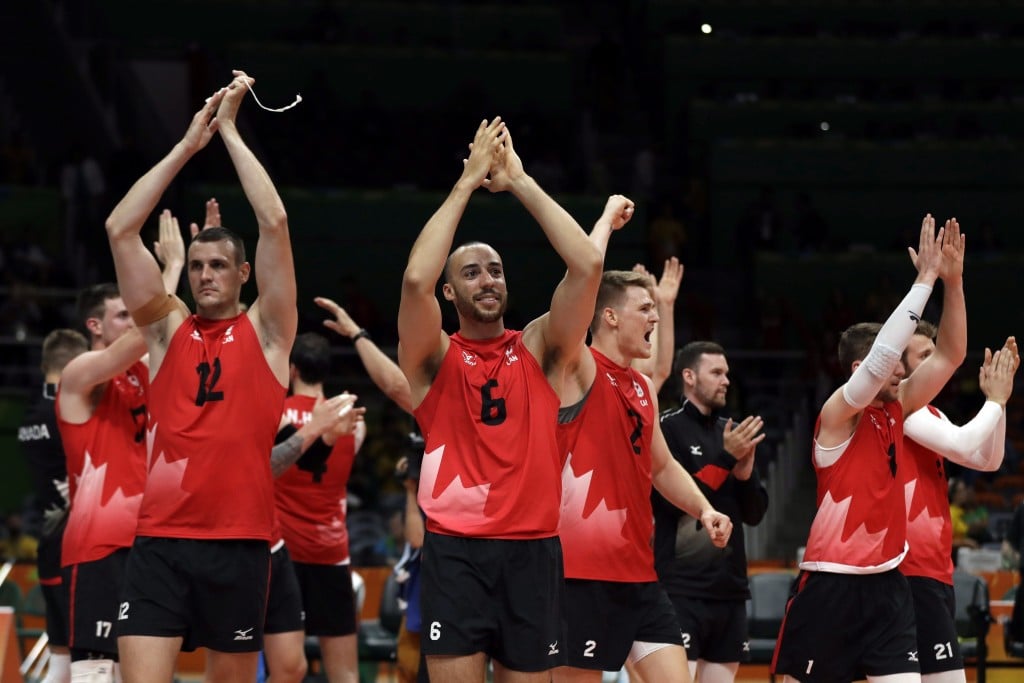 Sitting in a three-way tie for second in Group A, Canada will face undefeated leader Italy.

A win against the Italians would bolster Canada’s chances greatly of advancing into the quarter-finals of the tournament. Of the six teams in the group only four advance with Italy already having secured a spot in the knockout round.

Not exactly Canadian related, but still of interest to Canadian fans is the fact Toronto Raptors centre Jonas Valanciunas and his Lithuanian squad will be in action Monday night at 9:30 p.m. ET against Croatia.

Lithuania has already advanced into the knockout round but this matchup is still important as a win could potentially end Croatia’s tournament; they would be tied with Spain with six points, with Brazil and Nigeria right on their heels with five points.

The Canadian duo of Jacqueline Simoneau and Karine Thomas took home Pan American gold in Toronto last year and will be hoping for more of the same in Rio on Monday.

The pair will open their duets competition with the technical routine at 10:00 a.m. ET.

Stephanie Horner of Bathurst, N.B., is the lone Canadian in the women’s 10-kilometre open-water swim. Her race begins at 8:00 a.m. ET.

Finally, here’s something to put onto your radar that isn’t Canadian-related at all.

That’s a very lofty name to live up to, particularly in the sport of boxing.