Athletes train for years to compete at the Olympic Games, but there can be only one winner. Sports psychologists are studying how they can bounce back 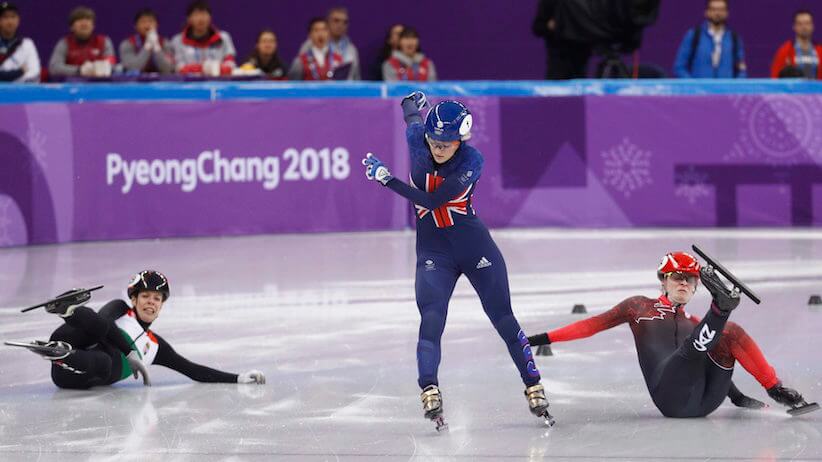 It’s been said there’s nothing worse than finishing fourth at the Olympics.

There have been some amazing performances so far from the athletes who have won medals at the Pyeongchang Winter Olympics. But behind those who take gold, silver or bronze are stories of personal failures and setbacks for the athletes who never make it to the medal podium.

For many, coming up short at the Olympics will present some of the most difficult emotional experiences of their careers.

When athletes experience failures and setbacks, not only are they often harsh and self-critical, but there can be other consequences, such as loss of funding and support systems. Even the fear of experiencing failures and setbacks can prevent athletes from delivering their best performances when they are needed the most.

Finding resources that athletes can use to help them navigate through difficult emotional experiences — whether they occur before, during or after an event like the Olympics — is essential to their success.

One such resource for the athletes’ toolbox might be something called self-compassion.

Being self-compassionate means athletes recognize they are experiencing an emotionally difficult time and want to do something to help themselves through it.

Research suggests self-compassion can be a useful resource to deal with failures and setbacks if athletes can treat themselves kindly rather than be harsh and self-critical, are able to balance their thoughts and emotions and recognize that other competitors experience similar hardships.

Two other commonly used “self” terms in sport are self-confidence and self-esteem.

Self-confidence typically refers to athletes’ general beliefs that they can be successful. Self-esteem refers to an overall evaluation of self-worth. Self-confidence and self-esteem are often linked — if athletes feel competent in sport, that competence can be an important part of high self-esteem.

MORE: What is curling? International media try to explain the sport for Pyeongchang 2018

On the other hand, being self-compassionate does not require feelings of competence or worth. It simply requires the recognition of suffering and a desire to help yourself through that suffering.

Sport psychology researchers and practitioners are also increasingly exploring ways to teach athletes to be self-compassionate. Amber Mosewich, an assistant professor at the University of Alberta, developed a seven-day sport-specific self-compassion intervention for self-critical female athletes.

The athletes in Prof. Mosewich’s research were introduced to self-compassion at an introductory session, followed by five self-compassion writing exercises completed over the following week.

One exercise asked athletes to write a note to themselves expressing understanding, kindness and concern in the same way they would talk to a friend experiencing the same situation. Athletes who took part in the intervention reported a significant increase in self-compassion, as well as significant decreases in concerns over mistakes, rumination and self-criticism.

From our and our colleagues’ research with athletes from a range of sports and levels of competition, the types of failures and setbacks athletes often report include feeling responsible for a team loss, injury, failing to meet personal goals and expectations, making errors, social comparison and performance plateaus.

Rather than reacting to these types of challenges with harsh self-criticism, self-compassion offers a resource that allows athletes the emotional safety and mental strength to deal with these potentially negative experiences in a healthy and effective way.

You might be wondering when self-compassion is useful for athletes — before, during or after competition.

Intervention work with athletes has typically encouraged them to recall a setback they recently experienced in sport and to respond to that situation with self-compassion.

In our research with female athletes, they have explained it may also be useful to be self-compassionate during a setback — such as when they make mistakes in competition and in the immediate moment of realizing they are being harshly self-critical.

In our mental-skills consulting work, we work with athletes to be self-compassionate so they have the skills to successfully manage failures and setbacks before they even occur.

A number of self-compassion practices, including guided meditations, writing activities and other exercises, have been developed. Many of these practices teach people how to be kind towards themselves through increasing awareness of their current thoughts and changing inner dialogues by reframing a self-critical voice in a way that is more positive and friendly.

While still in its relative infancy, there is a growing body of research that shows self-compassion is clearly relevant to the lives of athletes and has benefits beyond self-esteem. Athletes with greater levels of self-compassion have greater autonomy (the freedom to make and act on one’s own choices) and body appreciation, as well as lower reported levels of fear of failure, shame and negative self-evaluation.

Self-compassion also seems to increase an athlete’s perseverance and decrease passivity when they face failures and setbacks.

The evidence to date, both within and outside of sport, would suggest athletes’ concerns about being self-compassionate are likely not warranted. For many athletes who will inevitably encounter failures and setbacks, embracing self-compassion might be a vital part of a positive and successful Olympic experience.

This story originally appeared at The Conversation.

MORE ABOUT THE OLYMPICS: