Ontario swimmer finished in a tie for third with a Canadian record time of 58.76 seconds. 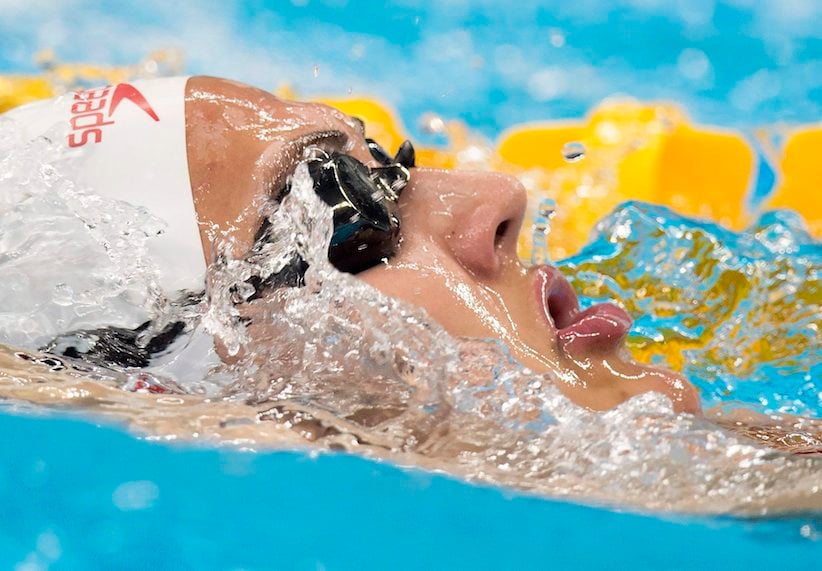 Masse finished with a Canadian record time of 58.76 and it was just enough to sneak onto the podium. In fact, her time was identical to China’s Yuanhui Fu who also swam away with a bronze medal. They were both one one-hundredth of a second away from a silver medal, which went to Kathleen Baker of the United States. Hungary’s Katinka Hosszu won gold with a time of 58.45.

“I knew it was a tight race and I knew just from swimming prelims and semis, we’re all so close and a lot of tough competitors,” Masse told reporters after the race. “I knew it was going to come down to the touch and just trying to get my hand on the wall first.”

Canada’s swim team is off to a fantastic start at Rio 2016. Canada won bronze in the women’s 4×100 team relay and Penny Oleksiak took silver in the 100-metre butterfly.

Masse is the reigning CIS Female Athlete of the Year. The 20-year-old Lasalle, Ont., native was dominant for the University of Toronto winning four golds and three silvers at the CIS championships earlier this year. 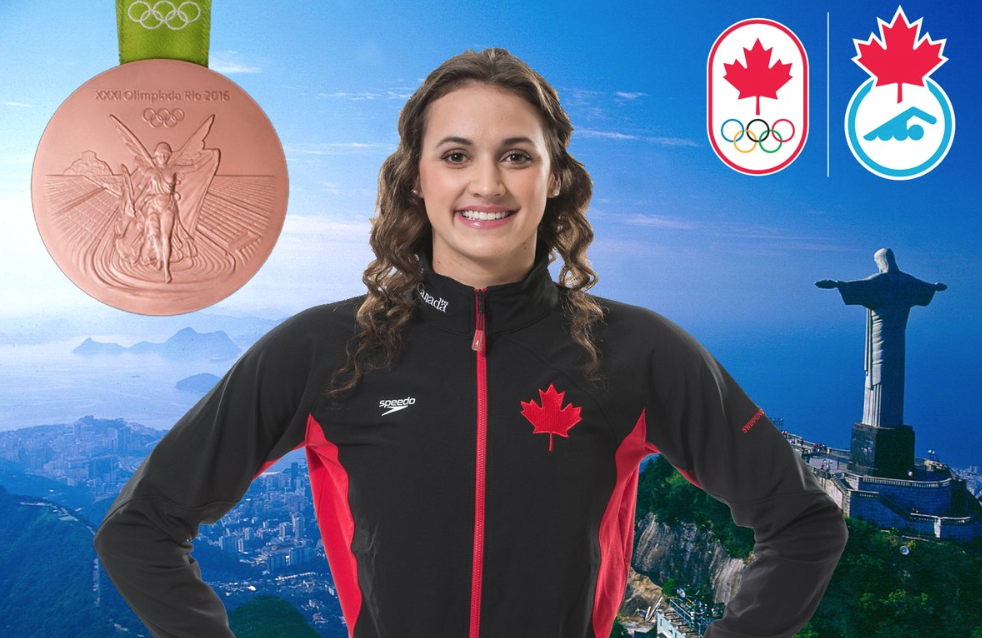