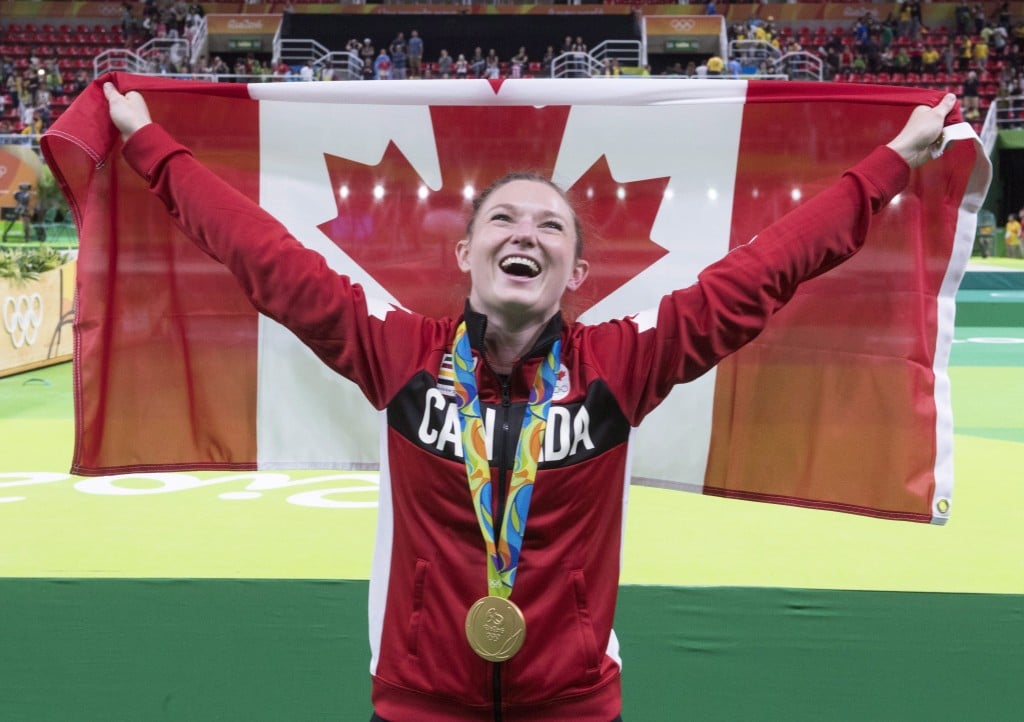 She put in a stellar performance Friday at the Rio Olympic Arena to win gold in women’s trampoline, four years after winning Canada’s only title at the London Games.

“It feels incredible,” MacLennan said. “I don’t know how it compares but it’s just absolutely amazing.”

MacLennan, from King City, Ont., guaranteed herself a medal with a 56.465-point performance with two competitors remaining in the eight-woman final. Britain’s Bryony Page (56.040) took silver and China’s Li Dan followed MacLennan’s routine with a 55.885 for bronze.

There were pockets of Canadian fans in the 13,000-capacity venue, which was about three-quarters full for the afternoon session.

MacLennan, 27, flirted with the outside padding during her second qualification routine before finishing strong. She held off on a more difficult routine in the final, instead going with a combination of jumps, flips and twists that made her a little more comfortable.

“I was a lot more confident in it,” MacLennan said. “The other one was a little shaky and we knew it would be a bit of a gamble. And the Olympics isn’t a time to gamble.”

MacLennan, who was Canada’s flag-bearer during the opening ceremony last week, finished seventh in her Olympic debut in 2008.

She won a world title in 2013 and took gold at last year’s Pan Am Games in Toronto.

MacLennan took a few months off last year after suffering a pair of head injuries. She returned to the trampoline last fall, but her training and routine development plans in the Rio buildup were affected.

She finished fourth at last year’s world championship. It wasn’t until a victory at the Canada Cup last March that MacLennan started to feel like herself again.