In apology note, Lochte says he should have 'been much more responsible' 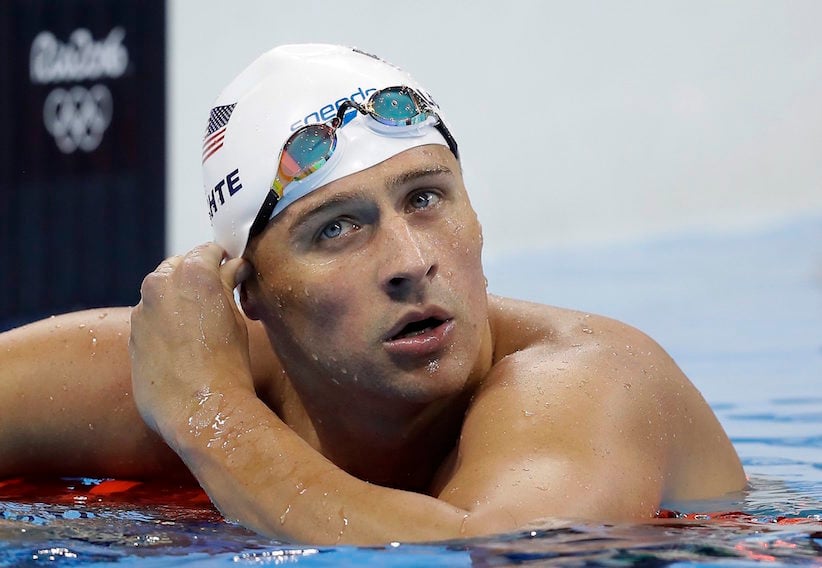 FILE – In this Tuesday, Aug. 9, 2016, file photo, United States’ Ryan Lochte checks his time in a men’s 4×200-meter freestyle heat during the swimming competitions at the 2016 Summer Olympics, in Rio de Janeiro, Brazil. Lochte and three other American swimmers were robbed at gunpoint early Sunday, Aug. 14, by thieves posing as police officers who stopped their taxi and took their money and belongings, the U.S. Olympic Committee said. (AP Photo/Michael Sohn, File)

U.S swimmer Ryan Lochte has apologized for his behaviour surrounding a late-night incident at a Rio de Janeiro gas station, saying he should have been more careful and candid about how he described what happened.

Lochte said in a lengthy post on Instagram Friday that he was apologizing for his role in taking the focus away from other Olympic athletes.

The 12-time gold medallist reiterated his view that a stranger pointed a gun at him and demanded money to let him leave.

But Lochte says he should have handled himself more responsibly.

Brazil police have said Lochte lied by saying he and three other swimmers were robbed. They vandalized a gas station bathroom and were confronted by security guards.