Ryan Lochte says 'immature behaviour' got him into a mess 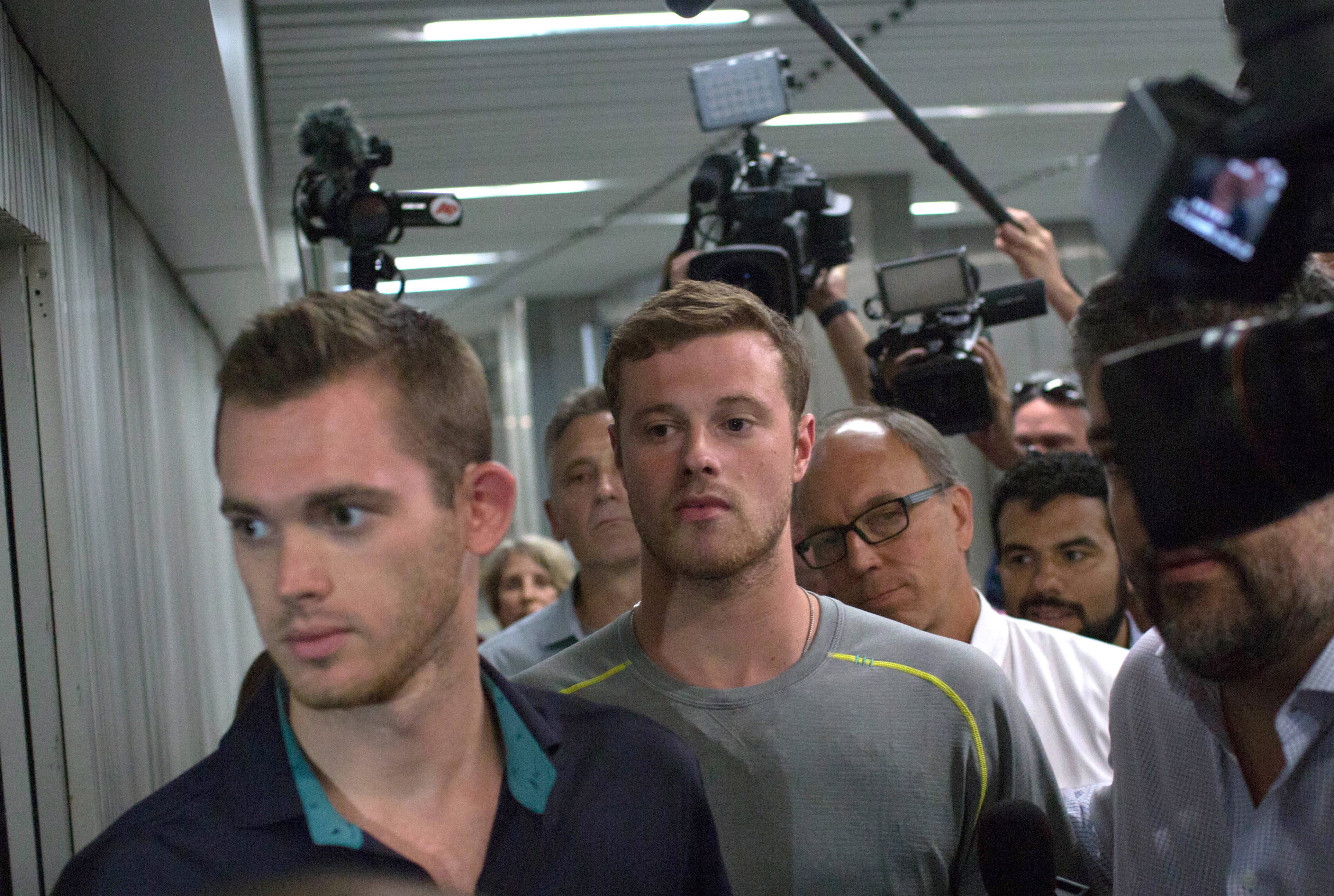 NEW YORK — American swimmer Ryan Lochte said he over-exaggerated what happened at a Rio de Janeiro gas station and acknowledged it was his “immature behaviour” that got him and three teammates into a mess that consumed the final days of the Olympics.

Lochte, in a portion of an interview with NBC’s Matt Lauer that aired Saturday , continued backtracking from a story that he initially described as an armed robbery. Police have said the swimmers vandalized a bathroom after a night of partying and armed guards confronted them and asked them to pay for the damage.

“It’s how you want to make it look like,” Lochte said. “Whether you call it a robbery or whether you call it extortion or us just paying for the damages, we don’t know. All we know is that there was a gun pointed in our direction and we were demanded to give money.”

But he admitted that he understood that he was being told that the Americans had to pay for the damages or the police would be called.

At that point, Lauer said, “You’re striking a deal. Is that fair?”

“We just wanted to get out of there,” Lochte said, adding the swimmers were frightened.

Lauer told Lochte that his story had morphed from one about “the mean streets or Rio” to a negotiated settlement to cover up dumb behaviour.

“That’s why I’m taking full responsibility for it, because I over-exaggerated the story,” Lochte said. “If I had never done that, we wouldn’t be in this mess.”

Lochte also said that he had lied in telling NBC interviewer Billy Bush the next day that a gun had been cocked and pointed at his forehead. He said that he was still under the influence of alcohol when he talked to Bush.

“I definitely had too much to drink that night and I was very intoxicated,” he said.

Lochte, who dyed his hair white for the Games and had it turn a light shade of green from the pool, had changed his hair back to its regular shade of brown for the interview, which was conducted in New York. As Brazilian police investigated his robbery claim, and eventually held his teammates for questioning while they sorted out his story, he had tweeted he intended to dye it back.

He said he hoped to continue competitive swimming but acknowledged that it won’t be his decision about whether he’d be able to be part of the American team again. USA Swimming and the International Olympic Committee could issue sanctions.

Lochte said he regretted how the incident had tarnished Rio and the last week of the Olympics. He also gave an interview to Brazil’s main broadcaster Globo on Saturday to apologize for his actions.

“Brazil doesn’t deserve that,” he said to Globo. “I am sorry that my immaturity caused all this ruckus.”