Six top athletes on their dreams for the Rio Olympics

Six of our nation’s best—in water, on land and through the air—are all united by the burning desire to, as sprinter Crystal Emmanuel puts it, “bring home something a little shiny for Canada.” They talked to Maclean’s national correspondent Jonathon Gatehouse about their fears and dreams ahead of the 2016 Rio Olympics. 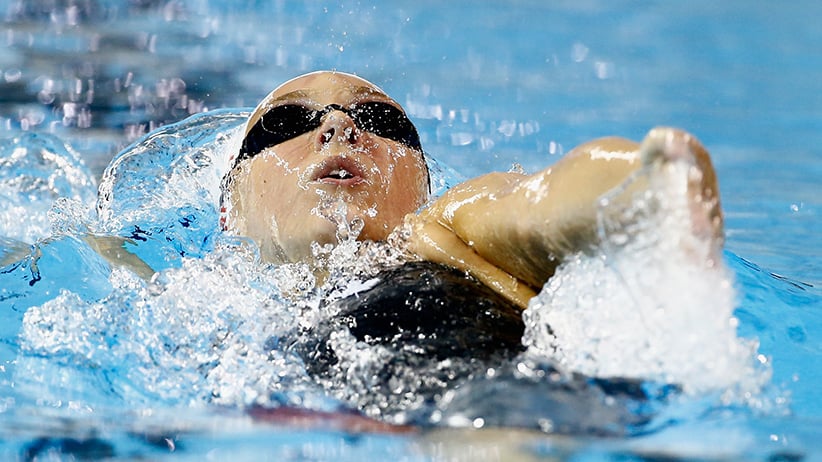 Beijing 2008 was the first Olympics I remember watching Michael Phelps. Seeing a swimmer do so well and come out as a star—he was the star across all the sports—and just seeing how big swimming could actually be, was really inspiring. Him winning those eight golds, doing something that people said couldn’t be done.

But I wanted to represent Canada at the Olympics before that. It was always my dream. When I made my first junior national team, that was probably when I realized I could do this. When I got my first kit with the Maple Leaf I was like, this is the coolest thing ever! It’s those little things that make me want more. Every step of the way I was thinking about the Olympics. Every season I set an end goal. What do I have to do to get closer to the Olympics and be competitive there?

Last year, I took five seconds off my time and that put me on the podium at worlds. So if I can improve my time again, I’ll be happy with wherever that places me. 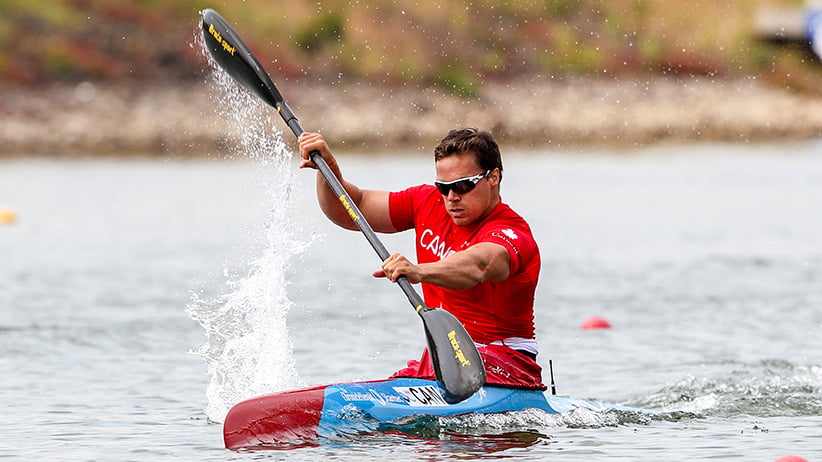 I was always a sprinter, whether I was doing it or not. But it’s not just one thing. It’s not like a video game where you have special powers in one area and you lack it in another. You have to be very strong mentally and physically and have good coaching and the best science. But everyone on the line at Rio will have that. So I think it’s just small incremental changes that will make the difference. It’s the sum total of all the little things. I could say that I changed my paddle, and I’m using a paddle that fits me better, which is true, but when you change your paddle you also have to change your technique to handle the paddle. And in order to do all of that you have to be mentally strong to try something new and know that it might not work. You can’t really change one variable without another. It’s all really tied together. Trying to improve the whole system is how I look at it.

No one’s chasing anyone, they’re just chasing the finish line. So it doesn’t really matter to me how other people are doing their training, or if they like me or not. They’re just going to be next to me and doing their thing and I’ll be doing my thing and we’ll see who will cross the line first, second or third. 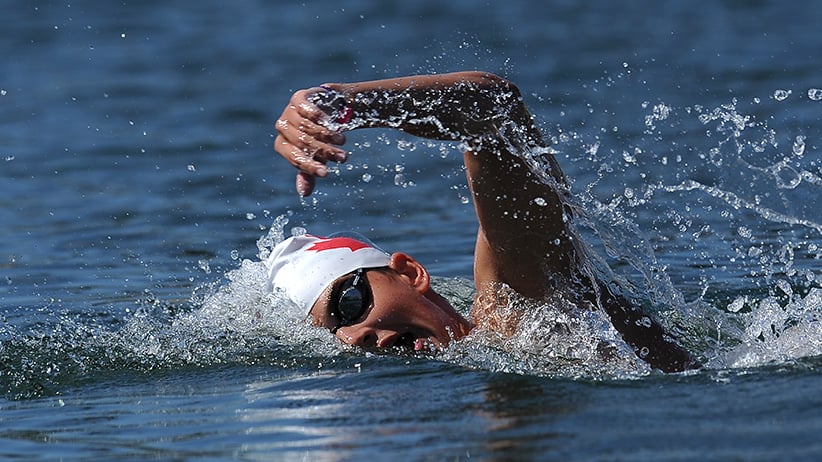 I’m a speedy guy who likes to race and push other people. Normally guys peak with their endurance system around age 26, and I’ll be 26 in Rio. I’m going to be fully equipped with my old-man strength and I’m going to throw down hard. I’m way more consistent now. Before I would do three awesome workouts and then skip the next two. I wasn’t a mature, top competitor in London and that’s why I probably missed out on the gold.

I gain focus throughout the race. I get into the zone and I’m able to push the pace toward the last five kilometres. When your endurance system kicks in over the last two kilometres, that’s the part when my talent comes out. I love just performing in front of my home country, parents, family and supporters.

You’re not really feeling the pain. You’re just thinking: are my arms turning over? Am I doing the proper techniques to set myself up for that last kilometre? It’s more of a focus. When I race, it’s party time for me. I’ve done all this work, slaving away in the pool, doing 80-, 90-, 100-km weeks and now it’s time to show people what I’m made out of. To be part of an epic race. 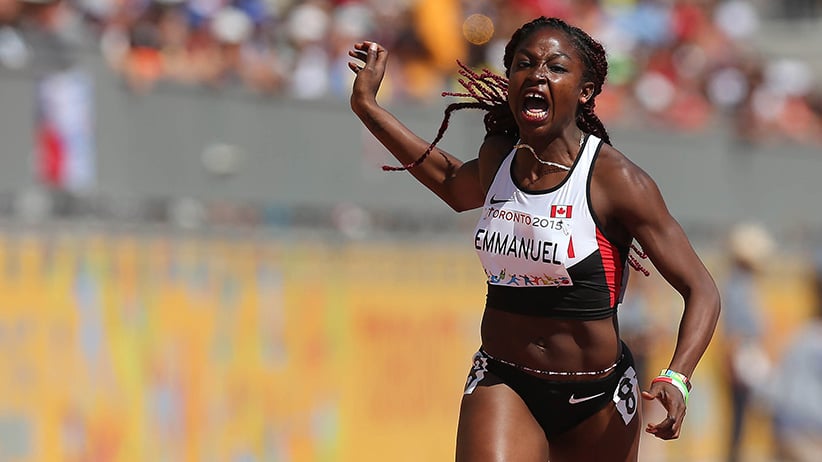 In London, I learned never to doubt myself. The heats went well. Everything went perfect. Then I got to the semifinals and everything just came right to me on the line. It threw me off.

The reason the 4 x 100 team is doing so well is we’re more together. If we have something that’s not working for one person, all the teammates get together and talk about it. We all come together as a team and fix it. We make sure that we’re together all the time like a family.

As the lead runner, my job is: don’t false start, and don’t over think. I go out there and say, Crystal, no one is getting off this turn before you. You have to give the baton to Kim [Hyacinthe] first. I just think about that. Don’t focus on anything else but getting that stick to her.

In Rio, hopefully I’ll bring home something a little shiny for Canada. Just making the finals and concentrating is what I want to do. 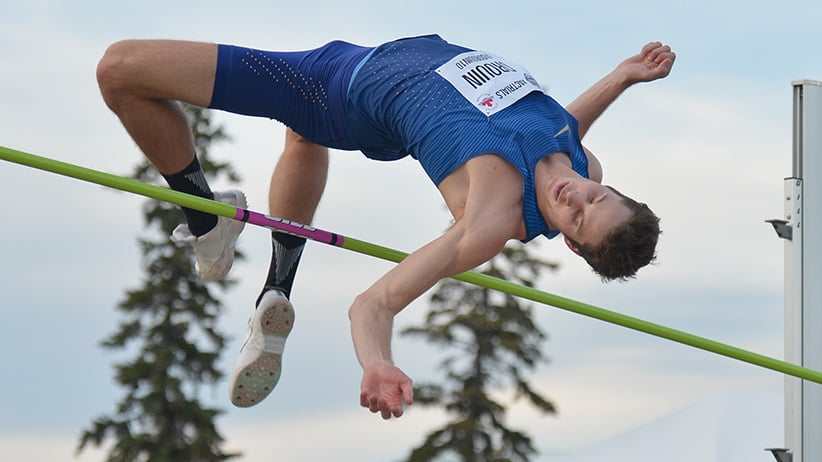 I wasn’t particularly proud of the [2.29 m] height that I jumped in London. I’m not ignorant to the fact that that was a terrible height to win an Olympic medal. It should never have made it to the podium. And it hasn’t since Greg Joy’s [1976] Olympics. So I felt like it was easy for a lot of people to think, well, he only medalled because the competition was so bad. I felt like for a while that I had to prove that it wasn’t just a fluke. That I had to keep doing really well to prove that I belonged there.

Four years removed, I wish that I didn’t have that mentality. I didn’t need to prove anything to anyone. It was a stressful and really pressure-filled few years, but I think I got past that.

I’ve always been motivated by the fact that every competition is different and it doesn’t matter if you have a name for yourself, or whether you’re the world champion, or the world record-holder. Everybody’s on an even playing field when they step on the track that day. 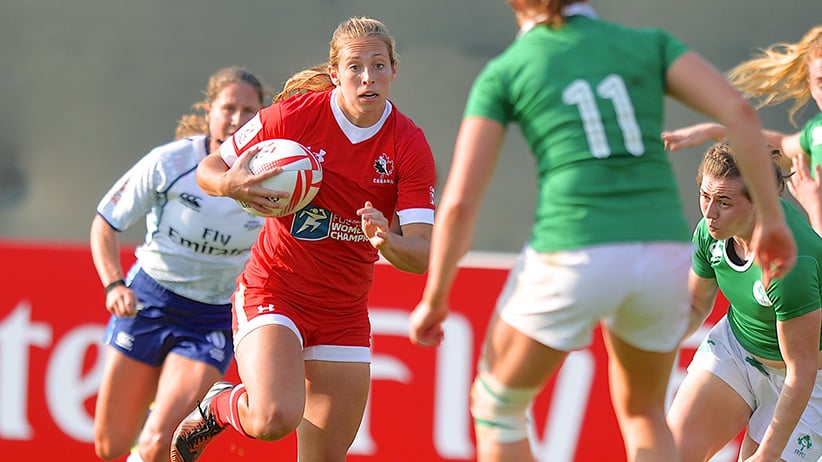 I know I lack experience, but my advantage is that I have played at an elite level and I know what that’s like. I can take that experience, the transferable skills like ball handling and vision and being able to pick out what to do in a 3-on-2 or a 2-on-1. Rugby seven games only last 14 minutes; you only get the ball a handful of times. But I know what to do with the ball.

I think I developed that reputation of being tough over the years, to consistently show up in basketball. But I’m aspiring to be tough mentally and have strength of mind. I want to be a rock on the field, someone who is poised and calm and can pull us together when we don’t know what to do with ourselves.

It was a far-fetched dream. I didn’t think any ordinary girl like me could make it to the Olympics.