The North Korean figure skaters have a Canadian connection 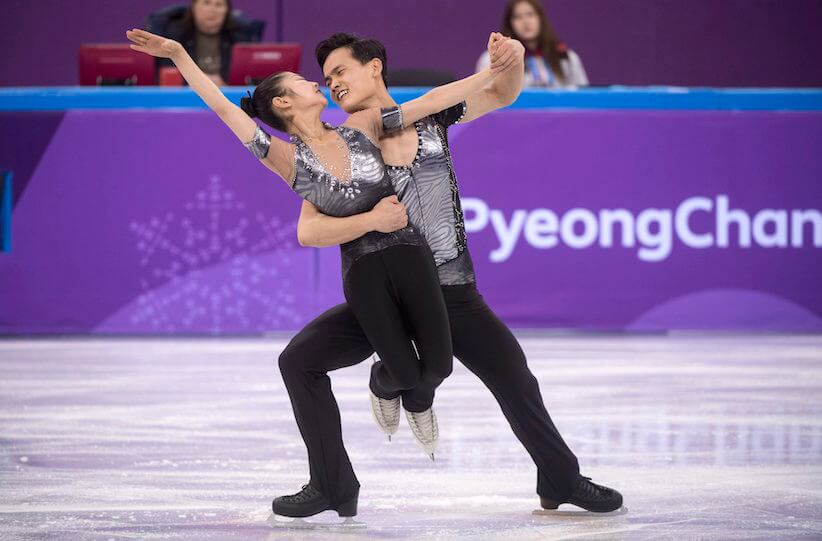 GANGNEUNG, South Korea – There is so much intrigue attached to everything North Korean at the Pyeongchang Olympics, so much eagerness to analyze and seek wider meaning from every act by their dignitaries, their cheering squads, and, of course, their athletes. Their presence at the Winter Games is inspiring or cynical or hopeful or painful or symbolic or hollow, depending on your vantage point, and since they’re under watch by severe-looking men in black, it’s impossible to know what they really think.

In part, that’s why the North Korean figure skating pairs team of Ryom Tae Ok and Kim Ju Sik are so compelling. The country’s 22-athlete delegation is, essentially, inaccessible but Ryom, 19, and Kim, 25, feel different, and not just because they trained in Montreal this past summer and are coached by Canadian Bruno Marcotte.

MORE: How sports diplomacy could lead to an unprecedented shift for the Koreas

Unlike their compatriots, they actually earned their way to Pyeongchang, securing berths by qualifying in September rather than getting in through an allocation of extra spots. And they’re legit good, sitting a surprising 11th after Wednesday’s short program, with upside for the future.

“I will say one statement about them, I’m very happy for them, and they did their job,” said Marcotte, also the coach of Canadian pair Meagan Duhamel, his wife, and Eric Radford, who sit third after the short. “That’s it.”

Marcotte wouldn’t take further questions on Ryom and Kim to avoid creating a distraction for the Canadian team, but he’s been in high demand at these Games because of his work with the North Koreans. They first connected at the world championships in Helsinki last March and eventually the pair came over to Montreal to train under Marcotte with Duhamel and Radford.

The influence of that experience showed at the Gangneung Ice Arena.

Ryom and Kim smiled and emoted during an expressive skate that stood in stark contrast to the North Korean cheer squad in the rink’s upper corner, clad in conspicuous red jackets with blue and white trim, which either sat stoically facing forward, avoiding any eye contact, or dutifully chanted and waved flags in unison.

Kim waved to those fans at the end of their performance, and afterwards told the Olympic Information Service in the mixed zone where interviews take place that, “the cheering from the South Koreans and North Koreans together for us was very helpful.”

Asked about their experience at the Games, he added that “there have been no inconveniences whatsoever when it comes to life here in the South area,” and that “we could really feel the power and the energy of the Korean people.”

They then blew through the rest of the mixed zone, ignoring an official asking them to stop in front of South Korean and North American media, a handler at their back pushing them through.

Duhamel said she and Radford saw them after their performance and that Ryom and Kim were both very excited about how it went. She was also pleased by the progress they’ve made since the summer.

“I worked with them a little bit on the energy of their footwork and their death spiral, so when she starts rolling her head and giving more emotion I’m like, ‘Yeah, that’s what I asked her to do,’” said Duhamel. “I feel like I take just a little bit of credit for it, obviously not much. They’re so impressive in the fact that they keep coming out and nailing their performances.”

As for their own short program that left them third at 76.82 points, just 0.23 ahead of Germans Aljona Savchenko and Bruno Massot, Radford said that “content is a really good word.”

“It wasn’t crazy perfect, but we’re definitely really satisfied, really happy, we felt right where we wanted to be when the music started,” he continued. “We did some good elements, not great, but we can take those little things that were off and give ourselves a target for (Thursday).”

Added Duhamel: “Especially in a field this deep, we could have taken ourselves out of contention with missing a major element. We didn’t do that, we kept ourselves in the mix. That makes us feel good going forward.”

China’s Sui Wenjing and Han Cong lead at 82.39 followed by Russians Evgenia Tarasova and Vladimir Morozov at 81.68 going into Thursday’s free program, when the podium will be decided.

Ryom and Kim won’t end up there, but they made it, from the world’s most reclusive regime to a second day of competition on the sporting world’s grandest stage.

MORE ABOUT THE 2018 WINTER OLYMPICS: