Thomas Bach: IOC decision on Russians 'is about justice' 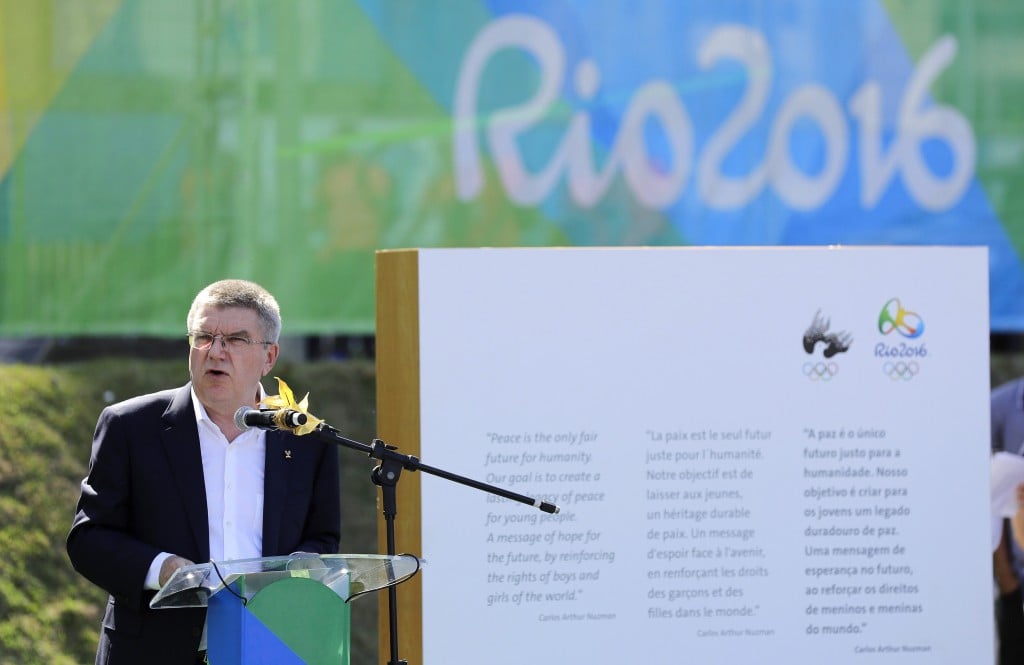 RIO DE JANEIRO – IOC President Thomas Bach issued another defence of his handling of the Russian doping scandal Monday, saying the decision not to exclude the entire Russian team from the Rio de Janeiro Olympics was based on human rights and justice.

Bach used his speech at the opening ceremony of the IOC’s general assembly to address the continuing criticism of the Olympic body’s response to evidence of state-sponsored doping in Russia, declaring that individual athletes cannot be punished for the wrongdoing of their government.

Rejecting calls from anti-doping bodies for a total ban on Russia, the IOC instead gave international sports federations the authority to rule on the entry of individual Russian athletes. The IOC also ruled that any Russian athletes with prior doping sanctions could not compete in the Rio Games, which open Friday.

While more than 100 Russians – including the track and field team – have been banned from the games, more than 250 have so far been cleared to compete by the federations.

“We had to take the necessary decisions,” Bach said. “Because of the seriousness of the allegations, we could not uphold the presumption of innocence for Russian athletes. On the other hand, we cannot deprive an athlete of the human right to be given the opportunity to prove his or her innocence.”

“You cannot punish a human being for the failures of his or her government if he or she is not implicated. These principles are now being implemented,” he added.

The IOC’s rejection of a full ban has been harshly criticized by many anti-doping bodies, athletes’ groups and Western media.

Calls for a blanket ban grew after Canadian lawyer Richard McLaren, who was commissioned to investigate by the World Anti-Doping Agency, issued a report accusing Russia’s sport ministry of orchestrating a vast doping scheme involving athletes in more than two dozen winter and summer sports.

“If proven true, such a contemptuous system of doping is an unprecedented attack on the integrity of sport and on the Olympic Games,” Bach said. “With the Olympic Games just a few days away, we had to take action even though the McLaren report is not yet finished and the Russian side has not been heard yet

“We took immediate measures to shed full light on the allegations and more actions and sanctions will follow if necessary.”

Bach spoke at a ceremony ahead of the IOC’s 129th session, a three-day assembly starting Tuesday.

He expressed support for South America’s first Olympics, whose build-up has been overshadowed by Brazil’s political and economic crises and concerns over Zika, water pollution, crime and budget cuts.

“It has been a long and testing journey to get to this point,” Bach said. “It is no exaggeration to say that the Brazilians have been living through extraordinary times. The political and economic crisis in the country is unprecedented. It goes without saying that this situation has made the final preparations for the Olympic Games challenging.

“In a time when the country is divided politically, economically and socially, the transformation of Rio de Janeiro is truly historic. Rio de Janeiro would not be where it is today, without the Olympic Games as a catalyst.”