Why Canadian women are dominating in Rio

How scheduling, math and the Penny Oleksiak spark led to hardware for Canada's female athletes 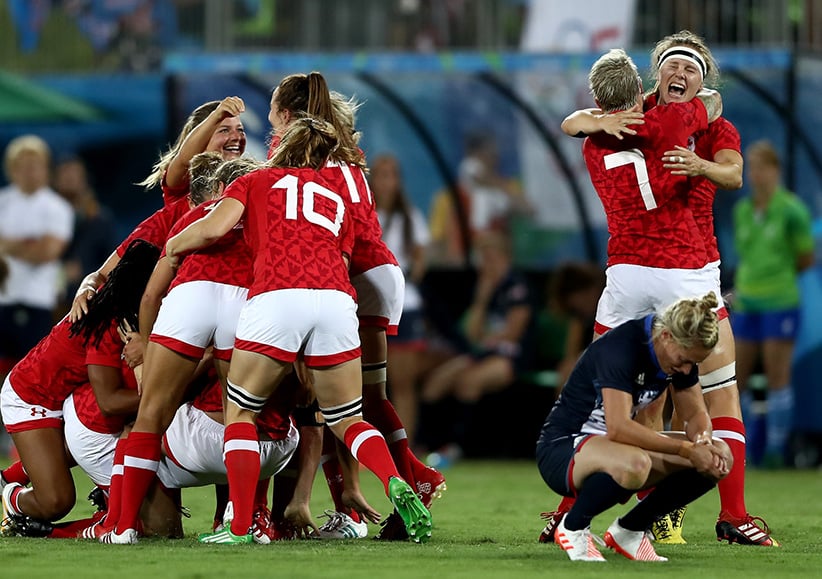 The dominance of Canadian women in the first week of the Rio Olympics—every one of the country’s first dozen medals was won by a woman—can be attributed in large part to scheduling, simple math and strategic funding decisions. But there’s also a hearty dose of the expectation-shattering magic that sometimes takes hold in sports. It can’t really be explained, only revelled in.

First, the obvious factors. Some of this is simply due to scheduling: events where Canadian men have done well in recent years, such as canoe sprint, rowing and athletics, happen in the latter part of the Games. Canada sent 314 athletes to Rio, of which 186 are women, making for a 60/40 split. This country has a long way to go in evening out sports participation—according to Statistics Canada, as of 2010, 35 per cent of males aged 15 and older played a sport, compared to 16 per cent of females—but it does better than many. So Canadian girls and women have more development opportunities than many of their counterparts worldwide, at the same time that competition in men’s sports draws from a broader pool.

That feeds into the funding of amateur sports in Canada. Own The Podium (OTP) was created in 2004 in preparation for the 2010 Vancouver Olympics. It was intended to ensure that the embarrassment of Montreal and Calgary—Canada became the only country to host multiple Olympics without winning a single gold medal—didn’t happen again. OTP explicitly invests in sports where Canada has the best chance to pick up hardware. In a couple of cases—soccer, to the tune of $2.2 million, and rugby, funded with $1.9 million for 2016-17—that means women’s programs get funding and men’s do not, because Canadian women are contenders while the men don’t stand a chance.

OTP has plenty of critics who decry it as myopic, mercenary or contrary to the spirit of athletic competition, but its defenders—including Dominick Gauthier, former freestyle skiing coach and co-founder of B2ten, an organization that funnels private funding to Canadian athletes as a complement to OTP—see it as smart and necessary. “The resources are so limited, and if we want to ﬁght against the strongest nations in the world, we have to do targeted funding; we have no choice,” he says. “If we don’t do that, we might as well stop counting medals.”

Of the 12 medals Canadian women won in the first week in Rio, six were earned in the pool. That was triple the haul in London, where men were the only Canadian swimming medallists. This year, the 30-member Canadian swim team is two-thirds female, because the talented women in the pipeline have matured, while the men are still developing, says Swimming Canada CEO Ahmed El-Awadi. His organization began an aggressive new approach to training and competition since the London Olympics, reorganizing their national training centres, bringing in new senior staff and setting a goal to be a top-eight nation in medal counts by 2020 (Canada now ranks sixth, well ahead of schedule, and a big leap from 15th in 2012). The organization also strategically targeted its women’s relay teams with funds and training; they earned two medals in Rio.

But the way the plan has paid off this summer is quite literally off the charts. Swimming Canada employs sophisticated computer models that crunch stats from medallists at the last six Olympics as they grow through various age groups, in hopes of predicting the results for individual swimmers and the Canadian team as a whole. For Rio, the predictive models spit out a range of between zero and six possible medals; what the organization really expected was three. 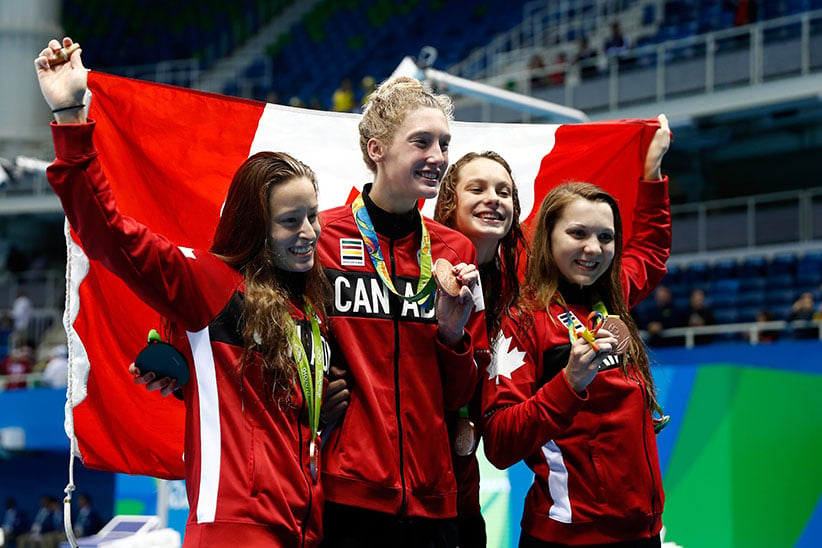 Swimmers feel particular pressure at the Olympics because their events kick off the competition, El-Awadi says, so there’s a sense that whither the swim team, the nation goes, too. “When we start winning medals in the first week, it does send some great energy throughout all of Canada and all of Team Canada,” he says. “And when we’re not, it may have the opposite effect.” Going into Rio, Swimming Canada knew they’d hit the right rhythm with their new approach and they had a roster of women who were “the most powerful swimmers no one’s ever heard of,” as El-Awadi describes them. What they needed to set it all alight was a spark. That spark’s name is Penny Oleksiak. After her surprise silver medal on the first day of competition and the ecstatic momentum it generated, she and the rest of Team Canada—especially the women—just didn’t stop.