10 mythical myths about the coronavirus

Tabatha Southey: It's vitally important to separate fact from fiction during the global pandemic. So here's some fiction for you. 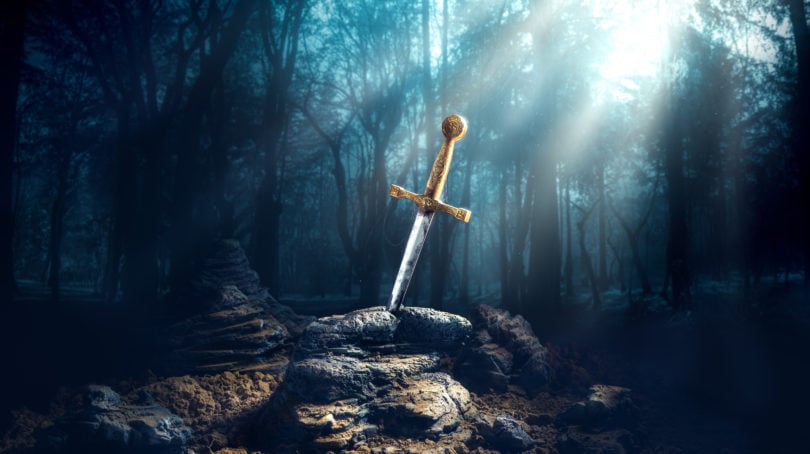 As the novel coronavirus continues to infect people around the world, we are inundated with news, information and misinformation. Not all that you may be reading is true. It’s vitally important to separate fact from fiction and to that end, I present 10 Myths about COVID-19.

1. When the Sword in the Stone rejects Arthur, because there was no way that kid was in there long enough to have properly washed his hands, Sir Scrubsthoroughly of the Sink becomes King of the Britons and brings together the Knights of Standing on the Far Edges of the Courtyard Shouting Back and Forth. Notably, he avoids being killed by his own secret incest baby.

2. After his wife, Eurydice, dies from a snake bite, Orpheus is forced to self-isolate in Hades’ guest room for 14 days after crossing the Underworldian border, which is still open so as not to disrupt the supply chain. After careful consideration of facts from reliable sources—not some meme he saw posted on Uranus’s Facebook page—Orpheus recognizes that having an immaterial (and entirely cough-free) ghost for a wife may be a positive just now. Orpheus starts offering private lyre lessons to the unquiet dead, uses the proceeds to buy a nice little house on the river Styx and never looks back.

3. Fenrir isn’t so sure putting Tyr’s hand in his mouth is advisable at the moment. Able to work from home, the famed wolf spends more time with his sons and teaches them why it’s wrong to devour celestial bodies. While disappointed that rules temporarily banning gatherings of more than 25 divine beings and/or giant monsters force him to cancel his Odin-eating act at Ragnarok, Fenrir is secretly slightly relieved, having always suspected that an old bearded guy with an all-booze diet might not taste all that great.

READ MORE: Please don’t touch this column with your face

4. Because the son of Zeus is a bit of meathead and not one to stop hitting the gymnasia or the palestrae, let alone cut his tour short just because “some government egghead” advises him to avoid social contact, Hercules’ trials are little changed by the pandemic, but he burns the Hydra extra-good for hoarding that many facemasks. No, having nine faces to mask isn’t an excuse, you big greedy gecko.

5. Concerned she might have symptoms of COVID-19 and frankly perfectly happy to self-isolate herself from her weird flayed-pony-flinging brother, the sun goddess Amaterasu settles in for 14 eternal nights of binge-watching within the heavenly rock cave. The other gods think this is very prudent and are in no rush to encourage her to come out, but Ame-no-Uzume does stop by (in the nude, because even in the midst of a pandemic, Ame-no-Uzume is still Ame-no-Uzume) to leave a tub full of groceries outside the cave.

6. While gathering flowers in the Vale of Nysa, Persephone is seized by Hades, who takes her to the Underworld because that’s his thing. Upon learning of her daughter’s abduction, Persephone’s mother, Demeter, goddess of the harvest, grows so despondent that she’s unable to work and the earth becomes barren and there is famine. Eventually, a deal is cut and Persephone is allowed to return home, but only for part of the year, because she’d eaten a pomegranate seed and clearly had a bad lawyer. When Persephone is home, the weather gets warm and her mum makes things bountiful again but there is, at this point, absolutely no reason to believe that their reunion will have any significant impact on the spread of COVID-19 either way and, besides, Persephone is always home somewhere on Earth, because Hades is a big old creep.

7. Genesis 2:18 CVV: And the Lord God said, “It is not good that the man should be alone; I will make him and help meet for him.” To which Adam responded, look, your heart is in the right place; in fact, being omnipresent, your heart is in all places, but now is not the time to be meeting, or making, new people. 19: And out of the ground the Lord God formed a Nintendo Switch and arranged to have Animal Crossing: New Horizons released 2,190,000 days early. And it was good, with 91 per cent on metacritic.

8. Jason recognizes that non-essential travel is not heroic at this time, but is eventually able to convince King Pelias to trade the throne of Thessaly for three bottles of hand sanitizer and a coupon for free-delivery pizza. Recognizing that the current crisis and the cancellation of their journey to Colchis does not change the fact that the Argonauts have bills to pay and families to feed, the newly crowned King Jason sees that they are paid in full for their originally scheduled hours. Jason goes down in history as a wise ruler not at all prone to breaking off engagements with powerful sorceresses or being killed by his own boat.

9. Tantalus, already a child-boiling jerk by all accounts, also becomes insufferably smug after the gods are forced. (Persephone spends all winter looking for a loophole) to admit that health regulations do in fact require that they stop making the waters of Tartarus recede every time Tantalus reaches out to wash his hands.

10. Tristan and Isolde live long, happy and mostly uneventful lives after Isolde decides that, love potion or no love potion, she has no interest in a mann who will not stop touching his damn face.