A little compassion for Jordan Peterson

Michael Coren: In his illness, Peterson's views are irrelevant. It’s his needs that should inform people's reaction. 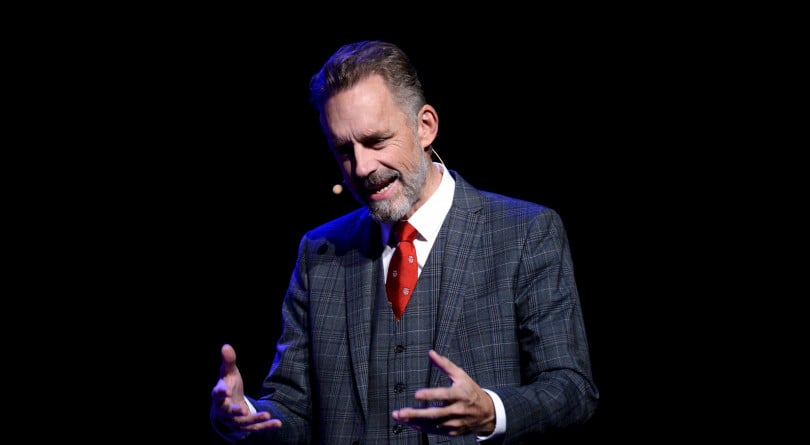 I’m not a fan of Jordan Peterson. I’ve met him twice, once on a television panel and then at a dinner-party, and while he was pleasant enough—if somewhat partial to monopolizing—I’ve always found his views to be surprisingly disappointing and sometimes downright harmful. Put simply, I just couldn’t see this emperor’s new clothes. He’s also sometimes used irresponsible hyperbole, and some of his followers are cultish and abusive. I know, because I’ve been on the receiving end of their brutal certainty.

There are many people who feel far more strongly about the massively successful author and his work, especially those in the trans community. They believe that the University of Toronto psychologist’s writings and statements have caused them enormous damage. Others believe that his self-help theories have transformed if not saved their lives. The latter I simply cannot understand, the former I certainly grasp. As I say, I’m no fan.

But last weekend Peterson’s daughter Mikhaila issued a video explaining that her father was severely ill, and in trying to withdraw from an addiction to benzodiazepine tranquilizers had developed a paradoxical reaction, had been suicidal, and eventually placed in an induced coma. He was being treated, she said, in a Russian clinic after various hospitals in North America had misdiagnosed him. The background to all of this was a history of depression, an autoimmune reaction to food and then, tragically, Peterson’s wife’s being diagnosed with terminal cancer.

Much of the video and story was distinctly odd, both in the delivery and the content, but then eccentricity has frequently characterized so many things Jordanian. The point, however, is that the man is profoundly ill, that his wife has terminal cancer, and that humanity cries out for sympathy and compassion.

READ MORE: What I learned wearing a clerical collar in public

Some years ago my parents died, too young and also close together. I always regarded myself as tough, but this shook me more than I knew. I was prescribed various drugs, but eventually settled on Clonazepam. It helped a great deal but, as I had been warned, I became dependent. It took me more than six months to come off the bloody thing, and it was hellish. I say this as someone who has experienced agonizing rugby injuries, and while reporting from a war zone was shot at and saw a soldier killed two feet in front of me. In other words, I know pain and I know trauma. This was far, far worse.

I was on a relatively low dose (I’ve no idea what Peterson was taking) yet when I initially tried to come off cold turkey I went into what I suppose was shock. After that I would cut my tablets by a quarter every two or three weeks, and each time I did so there would be days of what felt like small electric jolts in my head, lack of sleep, mental turmoil. My wife and children were loving and supportive, and I’m not sure how I would have coped without them. After this prolonged journey of grim endurance I eventually stopped taking the drug, and the final departure was terrifying. While it was a horror story, I think of it as a lesson in experience, helping me to empathize with those—and there are more of them than you may think—going through the same experience.

And empathy is surely the quintessence of all this. We need to try to feel what others feel, and thus stand with them in an emotional solidarity. That is genuine comradeship.

Yet as soon as Peterson’s condition was made public, social media was drenched in celebratory and mocking comments, sometimes from relatively influential people: Peterson deserved it, they hoped he would die, this was karma (that’s not really what it means), and so on. The ghouls were out in force, in their dark dance of Schadenfreude.

I understand that there is a certain inconsistency involved, in that Jordan Peterson has long emphasized strength and fortitude, and I’m not suddenly saying that I support his views. On the contrary, my point is that his views are irrelevant and that it’s his agony and needs that should inform our reaction. How we respond in fact says far more about us than it does about Peterson, and our humanity is measured not by how angry and self-righteous we become, but how communal and caring we grow to be. Mere self-interest makes us kind to those we consider friendly and on our side, something far deeper and revealing leads us to be generous to those we find objectionable. The first is an instinct, the second is a grace.

I hope and pray that Jordan Peterson can emerge from all this healthy and happy, and perhaps a different person ideologically. But I want it most of all because he, and all of us, have a right to be fulfilled and content. All of us! It won’t surprise me at all if I am attacked for believing and writing all this, and that alas is precisely what I mean.