A progressive federal budget and how to pay for it

Ed Broadbent and Brittany Andrew-Amofah: To 'build back better' Canada will need childcare, pharmacare, a green recovery—and new measures to sustain them 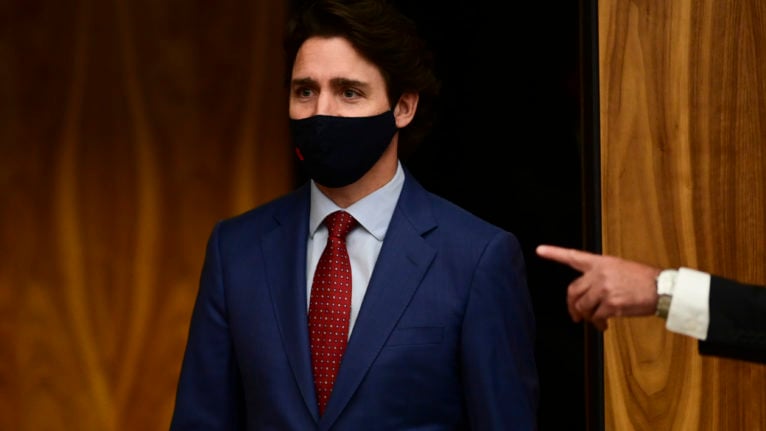 Ed Broadbent is the Chair of the Broadbent Institute. Brittany Andrew-Amofah is the Institute’s Senior Policy & Research Analyst.

The recent Speech from the Throne made some significant federal commitments that could result in historic and positive changes in the lives of Canadians. Unless the upcoming budget includes concrete line items to make good on promises related to childcare, pharmacare, and other priorities, the optimism of progressives will be short-lived. As usual, it’s the details that will matter.

Given COVID’s grim impact on the economy and our lives, Canadians want to see ambition from their governments commensurate with the scale of the challenge at hand. Recent polling by the Broadbent Institute found that a majority of Canadians want a pandemic recovery that improves people lives and deals with climate change. Fifty-four per cent of Canadians want the government to implement bold new ideas, with nearly half of those respondents indicating an unwillingness to vote Liberal in the next election if the government fails to deliver. A lot is at stake.

Here are a few things that Canadians will be watching for in the upcoming budget:

The Throne Speech commitment to implementing a Canada-wide early learning and childcare system should be informed by Child Care Now’s Affordable Child Care for ALL Plan. Phase 1 of the plan requires an initial investment of $2.5 billion in federal transfers to the provinces/territories and Indigenous communities to support the existing childcare sector. The government’s promise to provide “significant, long-term, sustained investment” into an early learning and childcare system modelled after Quebec’s system should bear in mind the importance of that province’s Educational Child Care Act, which enshrines the right for every child to have access to child care services.

As we approach the federal budget, a key indication that this policy will come to fruition nationally shouldn’t just be funding investments or federal transfers, but also includes legislation that outlines the right to childcare.

The Throne Speech also indicated the government’s plans to move forward on national, universal pharmacare. A recent Broadbent report noted that Canada is the only country with a single-payer health-care system that does not cover the costs of drugs in that system. The road-map to pharmacare has been clearly laid out by the Hoskins report, which called for an initial investment of $4.1 billion. The speech signaled the federal government’s willingness to work with provinces and territories that are ready to move forward “without delay” on pharmacare. Given that the B.C. NDP has promised, in its platform, to lead the charge on the creation of national pharmacare, should the NDP win the current election the federal government should seek their cooperation in launching a national pharmacare program.

To “build back better” post-COVID, our efforts must be focused on transitioning towards a green economy and infrastructure program. The Task force for a Resilient Recovery, a project of the Ivey Foundation, outlined 5 bold moves for a green recovery, one that would reduce emissions, bolster electric power, protect our natural environment and see the creation of clean, competitive jobs.  With a total investment of $55.4 billion over 5 years, this plan could provide the substance for the “building back better” slogan.

The creation of an early learning and childcare system, universal pharmacare and a green economic recovery, will require new progressive tax measures to implement and sustain them over time. A recent Broadbent Institute report laid out a pandemic fiscal plan to pay for an equal and just recovery. Included are key items such as a wealth tax, the closure of tax loopholes and cracking down on offshore tax havens. In light of COVID-19, an excess profits tax is also necessary to ensure that above-average company profits acquired throughout the pandemic should be used to benefit the public, rather than line the pockets of CEOs and shareholders.

The Throne Speech had some promising language. But the details of the upcoming budget are what really matter. As it constructs its fiscal plan, the Trudeau government should look to the policy suggestions noted above to provide a detailed and progressive approach to Canada’s COVID recovery.