Opinion: As a bill wends its way through the House of Commons to regulate food advertising to children, a doctor debunks some arguments against it 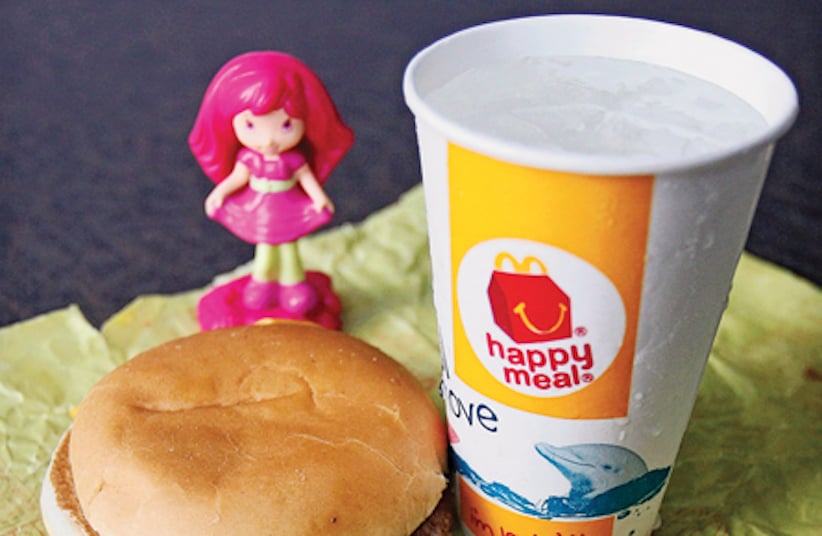 A McDonald’s cheeseburger Happy Meal with the new apple slices option is shown on Tuesday, July 26, 2011, in Pittsburgh. (Keith Srakocic/AP)

Dr. Yoni Freedhoff is an assistant professor of family medicine at the University of Ottawa, the medical director of Ottawa’s Bariatric Medical Institute, an expert advisor with EvidenceNetwork.ca, and an outspoken public health advocate.

There’s no denying that the food environment influences the diets of Canadian families, and that food industry marketing is part of that environment. Canadian children are now developing chronic diseases that were almost exclusively seen in adults when I went to medical school a few decades back.

There has been a big shift in our diets, and new research just released in December revealed our children are getting more than half of their calories from ultra-processed foods; kids aged 9-to-13 are closing in on 60 per cent. According to the study’s author, ultra-processed foods are being promoted to displace all other food groups: “They are usually branded assertively, packaged attractively, and marketed intensively, especially to our children.”

Not surprisingly this shift in our diets has been accompanied with a shift in advertising way beyond Saturday morning cartoons. Marketing is big business, it is sophisticated, it is everywhere, and it works. Which is why food industry spends literally billions of dollars per year targeting children with advertisements—something their shareholders would object to if those advertisements didn’t work.

The time has come to ask ourselves: should we continue to allow food marketers the ability to influence our children’s choices and palates?

At the end of September, the Senate passed Bill S-228, the Child Health Protection Act, introduced by Conservative Senator Nancy Greene Raine, which seeks to ban the marketing of unhealthy food and beverages to children. On Dec. 12, the bill went to the House of Commons, where it was amended and debated for the first time to ban that marketing for Canadian children under the age of 13. Given that the food industry will likely push back against the bill, it may be helpful to explore the spin that the food industry may use and have wielded in the past to oppose this industry-unfriendly legislation.

Claim: Obesity levels are decreasing, so there’s no need for legislation.

Reality: While it’s true that the Canadian Community Health Survey data show a slight decrease in rates of childhood obesity, that 30.9 per cent of children between the ages of 5 and 17 had excess weight in 2015—compared with 34.3 per cent in 2004—isn’t exactly something worthy of cheer. And weight is not the only concern: Many diseases other than obesity can arise from diet issues, from diabetes to cardiovascular disease and cancer, and kids of every weight benefit from healthier diets.

Claim: The proposed legislation will kill many sports programs for kids across the country, and families who least can afford it will be hit the hardest.

Reality: Although there are means beyond junk food sponsorship and fundraising to support youth sports in Canada, the Health Minister has been clear that kids’ sports sponsorships would be exempt from the regulations.

Claim: The bigger issue is that kids aren’t getting enough activity.

Reality: While activity is crucial to health, when objectively measured in children, studies report that even a tenfold difference doesn’t protect them against the development of obesity. An adolescent would have to run for 50 minutes or walk eight kilometres to burn off the calories found in just one 20-ounce bottle of pop, sports drink or fruit juice.

MORE: Why sugar is the biggest health crisis of our time

Claim: Restricting marketing to kids will not solve the obesity crisis.

Reality: No one is suggesting that it will. Complex problems don’t have single, simple solutions, but require a multi-pronged strategy, just as was required to reduce Canada’s smoking rates. Banning the marketing of junk food to children is just one prong of a required many.

Claim: There is no evidence that food marketing is associated with childhood obesity.

Claim: Legislation prohibiting marketing to kids has not worked, even in Quebec.

Reality: Though causality is unknown, and difficult to measure, Quebec’s 5-to-17 year olds, who have been protected by a law prohibiting marketing to them since 1980, have the lowest obesity rates of kids in Canada. Quebec also has the highest rate of fruit and vegetable intake.

Claim: There is no need for legislation because industry self-regulation is working and advertising to kids has declined.

Reality: On average, Canadian children watch two hours of television per day, and see four to five food-and-beverage advertisements per hour. But it’s the internet where the real marketing happens these days. One recent study found that the 10 most popular websites for children and adolescents collectively served up a staggering 27.5-million food and beverage advertisements to kids between the ages of 2 and 17, with the most frequently advertised products being Pop Tarts, Frosted Flakes, Happy Meals, Lunchables and Red Bull energy drinks.

MORE: Why are children’s toys so boring?

What our policymakers need to remember is that the food industry is neither friend, nor foe, nor partner—they are simply (and non-maliciously) invested in protecting their profits, not in protecting public health. Let’s hope our government begins to recognize that basic fact.