A royal bargain at any price

Scott Gilmore: Pay Harry and Meghan whatever they want—they're the best thing that’s happened to Brand Canada since we invented snow blowers 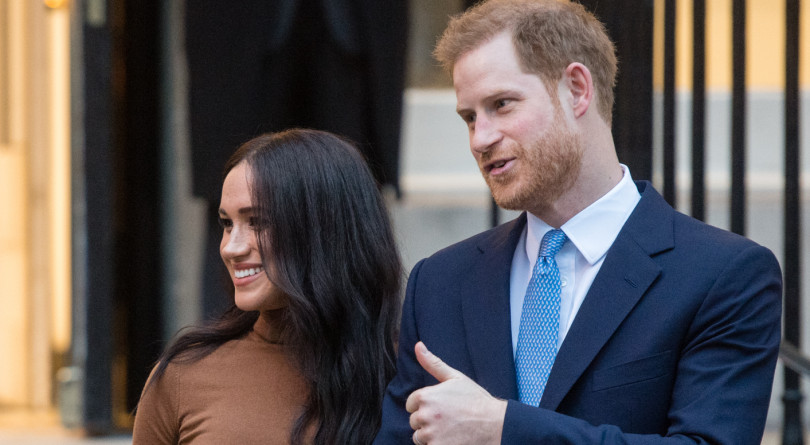 The royal runaways settled on Vancouver Island today to begin their new life as Canadians. (Insert lazy Tim Hortons joke here.) As with everything else that happens in this frozen wasteland of a nation, the occasion is being met with a considerable amount of grumbling.

In fact, some of Britain’s less fact-obsessed tabloids are describing our national mood as “outraged.”

While it is true you can always find a baby boomer on Facebook smashing keys in a red-faced fury about literally anything (even this sentence on its own is upsetting hundreds as they read it), there seems to be very little actual rage directed against the erstwhile royals.

Nonetheless, there is genuine debate about the possible cost to Canadian taxpayers. We are a nation of penny pinchers—just look at what once was the Royal Canadian Navy or ask anyone on a First Nations reserve who needs drinking water. And the possibility we may spend somewhere between $1 and $12 million (estimates vary) protecting the Windsor refugees is being met with stern looks and questions.

I find this debate utterly silly. We should not only pay their security bill but give them free Air Canada tickets for life, and a mukluk budget to boot.

READ MORE: Harry and Meghan’s historic deal with the Queen

Every year the Canadian government, our cities, parks and provinces, spend hundreds of millions on international marketing. We place photos of majestic mountains and picturesque prairies on bus stops and banner ads from Beijing to Baltimore. We try to lure immigrants, investors and tourists with tried and true slogans like “Discover Ontario”, “Be part of the Energy” (Calgary), “Land of Rape and Honey” (Tisdale,. Sask.), “Infinite Horizons” (Regina), and my absolute favourite: “There are a number of things to do in Okotoks.”

But, as brilliant as these marketing efforts are, they are stale crumbs compared to the multitiered strawberry and cream sponge cake which is the arrival of the ex-HRHs. One of the most famous, admired and privileged men on earth, the good Windsor, a scion of one of the world’s grandest and richest families, could have gone anywhere. And they chose “Super, Natural British Columbia™.”

This may be the greatest endorsement of Canada since all those draft dodgers abandoned the American dream for universal healthcare and hockey back in the 1970s. Canada is in the news all over the world as the bolt-hole of choice, the best place to escape the in-laws, a paparazzi free zone with its own strategic maple syrup reserve.

But all we have to do is issue entry visas. We should happily give them gold-plated security and anything else they need. We should encourage them to fly around the world anywhere they want, just to remind people they chose to live here, not there. We should kit them out with seal skin vests, CCM hockey sticks, Canada Goose coats, and a lifetime supply of poutine and pickerel cheeks.

Who knows, if we leverage this right, we may even lure over a few other unhappy royals. The Emperor of Japan always looks miserable in his official photos. And the King of Belgium can’t possibly be happy. Our diplomats should knock on his palace door immediately, have a quiet word, and tell him with a knowing wink “There are a number of things to do in Okotoks.”