A significant increase in testing is necessary to restart the economy

Isaac Bogoch and Goldy Hyder: Currently some 35,000 COVID-19 tests are performed across Canada on a good day. We should aim to double that. 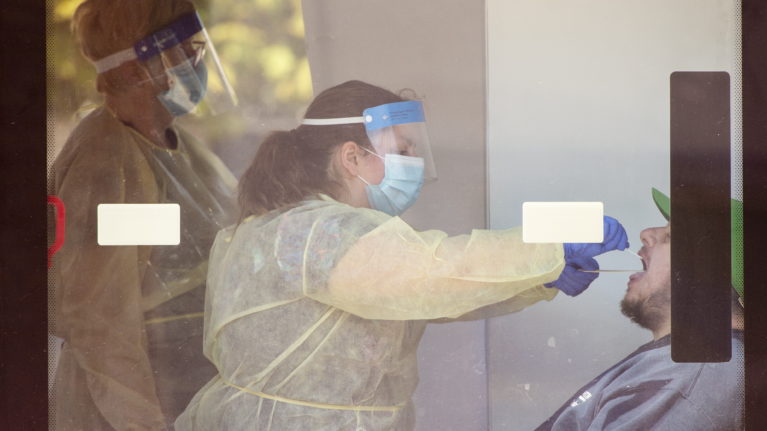 Isaac Bogoch is an infectious diseases physician and scientist with the University of Toronto and Toronto General Hospital. Goldy Hyder is President and CEO of the Business Council of Canada.

Is there light at the end of the COVID-19 tunnel for Canadians who are eager to go back to work and reopen places of business? Most provincial governments clearly think so, and are planning to relax certain restrictions over the coming weeks. The rest are likely not far behind.

The provincial, territorial and federal governments recently released what they called “a common set of principles” for restarting the Canadian economy. Leaving aside what the statement actually says, the fact that it exists at all is a step in the right direction. From the very beginning of the crisis, there has been a disturbing lack of coordination and collaboration among all levels of government. We are fighting a common enemy; it shouldn’t be too much to expect a common approach.

We welcome the joint statement but it sets a low bar, particularly when it comes to the key criteria of COVID-19 testing and contact tracing. Before governments take steps to restart the economy, it says, governments should make sure they have “adequate public health capacity to test, trace, isolate and control the spread of the virus.”

MORE: Lessons from Kronavirus: Is Sweden’s anti-lockdown approach more strategic than it seems?

What does “adequate” mean? The statement doesn’t say. That’s because the “common set of principles” is really, at heart, a commitment to the lowest common denominator. Each province will determine for itself whether its approach to testing is adequate to the task. It appears that Ottawa’s role will be limited to helping provinces secure more testing supplies if and when they request it.

Canada was designed constitutionally as a loose federation, and in some ways that is a strength. It allows individual jurisdictions to experiment with different approaches based on their own unique circumstances. The theory is that, over time, they will figure out which approach makes the most sense.

Unfortunately, with COVID-19 we don’t have the luxury of time. We know—and the joint statement acknowledges it—that future waves of the virus are coming. Until now we have been playing catch-up with the disease, with barely enough capacity in most parts of the country to test those who are suspected of being sick or who work in high-risk environments such as hospitals and long-term care facilities.

As the first wave recedes, we have an opportunity to catch our breath and adopt a different, smarter approach—one that will allow us to get out in front of the virus rather than constantly chasing it from behind.

To achieve that, we need a significant increase in testing capacity nationwide. Currently some 35,000 COVID-19 tests are performed across Canada on a good day—roughly one-tenth of one per cent of the population. We should aim to at least double that by massively scaling up our ability to test those suspected of infection, in addition to conducting surveillance in the general population. The goal should be to eliminate barriers to diagnosis and to identify people who, while displaying no symptoms, are carriers of the virus and have the ability to infect many others.

Greater capacity also means faster turnaround of test results, so timely decisions can be made to prevent further spread of coronavirus in community settings. We will need an army of contact tracers to immediately track down every single person with whom an infected person has had contact, and ensure they are safely isolated for 14 days. This process is currently taking an unacceptably long time (a week or more) in several jurisdictions, negating any benefit.

None of this will be cheap. A study published on Apr. 20 by Harvard University’s Safra Centre for Ethics called for a similarly massive increase in U.S. testing and tracing, which it estimated would cost $50 billion to $300 billion over two years. But as the study pointed out, that figure is dwarfed by the economic cost of continued economic shutdowns, not to mention the lives lost every week among workers in essential sectors and the vulnerable populations they serve.

Yes, people want to get back to work and back to business, but a healthy economy requires a healthy population. Increased testing will build the public confidence we need for a sustainable recovery. This is our chance to get it right.