Opinion: Why highly resistant bacteria, which threaten medicine and global health outcomes, are quickly spreading—and what can be done about it 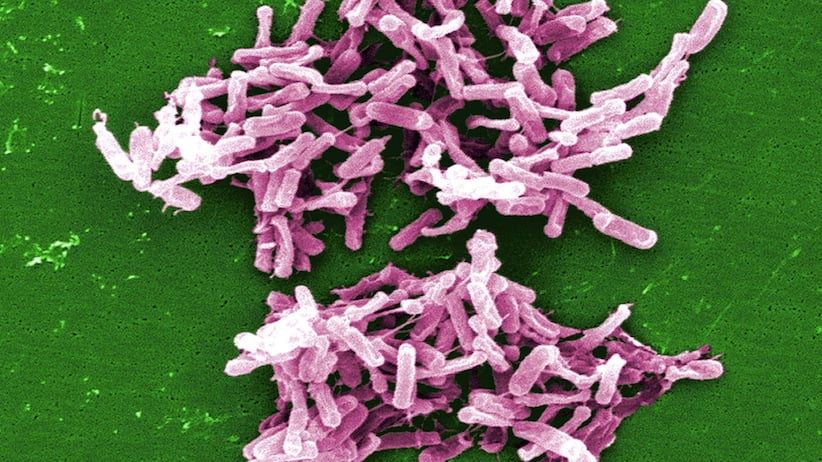 A micrograph image of C. difficile bacteria is shown in a handout photo. (The U.S. Centers for Disease Control and Prevention, Janice Carr/CP)

At the beginning of the last century, illnesses due to bacterial infections ranked as the most common cause of death in Canada. By the latter third of the century, the diagnosis, prevention and management of infectious diseases had advanced dramatically, raising hopes that many of these infections would be consigned to history. The dramatic improvements were thanks to many factors, but especially to the discovery of antibiotics.

But today, we find ourselves in a precarious position with respect to infectious diseases once again.

Take, for example, the case of a 46-year-old woman who sustained a fracture of her right thigh bone while vacationing internationally.  It was repaired locally and she returned to Canada after a one-week hospitalization. But infection soon followed; the incision began oozing pus and she developed a fever, so she was admitted to the local hospital and placed on broad spectrum antibiotics. Unfortunately, her condition deteriorated to septic shock. Blood specimens revealed a strain of bacterium resistant to all known antibiotics.  The attending physicians had to tell her family there are no antibiotic treatments available for this “superbug.” Sadly, the prognosis was extremely grave.

This is not an isolated case: It’s becoming the new norm.

The rapid global emergence and spread of highly resistant bacteria is widely regarded as one of the greatest single threats to medicine and global population health, jeopardizing many of the transformative health practices of the 20th century. And Canada is not immune: the rates of MRSA blood-stream infection in paediatric hospitals, as well as the rate of vancomycin-resistant Enterococcus blood-stream infection in adult hospitals, have increased in the last year, according to the latest report from the Canadian Antimicrobial Resistance Surveillance System. Drug-resistant gonorrhea and C. difficile infections have also been rising over recent years.

Modern medicine is not possible without effective antibiotics. Infections with antimicrobial-resistant bacteria increase both the degree of illness and death rates, with enormous social and economic costs.

According to the Organisation for Economic Co-operation and Development (OECD), up to 50 per cent of human infections in industrialized countries may be resistant to routinely used antibiotics. The World Health Organization (WHO) has reported a two- to three-fold increase in mortality if the infections are antibiotic-resistant.

If no action is taken against antibiotic-resistant microbes, the recent O’Neill report estimates 10 million deaths per year globally in 2050 will be attributable to antibiotic resistance, with a cumulative cost of US$100 trillion. The longer there’s no action, the higher the risk of more kinds of bacteria continuing to develop resistances against the best medicines doctors have in their holsters.

The unprecedented and careless overuse of antibiotics—not only in humans but also in food-producing and in crop production—has contributed to the emergence of these deadly antibiotic-resistant strains of bacteria around the world. Food-borne illnesses are a major cause of human illness and death worldwide, and medically important antibiotics are still widely used in animal production, both in Canada and globally—in some cases, with no good justification. Their use in growth promotion, disease prevention or treatment in animals can result in resistant bacteria or their resistance genes reaching humans through the food chain.

The good news is that a global response is rapidly gaining momentum—and Canada has a significant role to play.

The WHO has developed a Global Action Plan with a “One Health” approach that integrates the human-animal-environment dimensions of the problem and its solutions. The Food and Agriculture Organization of the United Nations (FAO) and the World Organisation for Animal Health (OIE) are also actively supporting global actions. Governments and organizations around the world also agreed to tackle the threat at the 2016 G20 Summit and the 71st meeting of the UN General Assembly.

For its part, Canada has released a multidisciplinary, multi-sector, pan-Canadian Framework for Action with a One Health approach—and that’s a productive first step. We’ve also seen some real, on-the-ground progress in Canada, especially with veterinary regulators and national farm and animal organizations. As of December 2018, all medically important antibiotics used in humans will, for the first time, be available for veterinary use by prescription only, and will not be used as growth promoters; importation loopholes in the federal regulations will be closed, too. The Canadian Academy of Health Sciences also convened an important national forum, and an expert panel will further study antimicrobial resistance—another important step forward.

But given its status within the G7 and its potential leadership role in One Health, Canada needs to do more—much more.

The pan-Canadian Framework for Action is high-level and has good intentions, but it falls short of getting the job done; a framework is no substitute for an on-the-ground working plan. We need a national Action Plan for 2018, a timely roadmap with concrete actions directed at the regional and local levels, where most decisions take place.  Such a roadmap should include robust public awareness and education campaigns; enhanced infection prevention and control; surveillance of use and resistance to antibiotics; improved regulatory processes; and more research into reducing antibiotic overuse across the human-animal-environment ecosystem.

It is time for Canada to step forward and not only place its own house in order, but demonstrate a global leadership role in stemming the tide against the antibiotic resistance tsunami.