A very real, not at all fake Captain Marvel synopsis

Tabatha Southey: Planning on boycotting Captain Marvel because of its vocal star Brie Larson? No problem—here’s a review just for you. 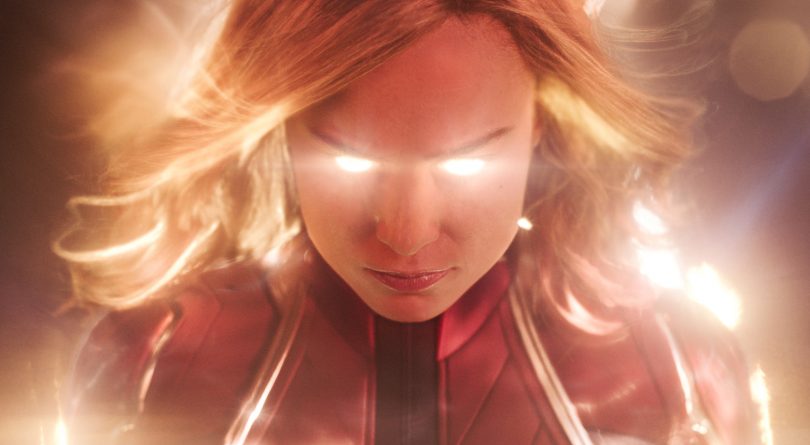 There’s been a lot of talk about a boycott of this weekend’s big cinematic release, Captain Marvel, the first female-lead Marvel Studios superhero movie. The issue, those championing the boycott claim, has little to do with the film itself. Although there has been concern from some corners of the internet that the film will give women unrealistic expectations vis-à-vis their ability to defeat 220-pound men in a fight and, I assume, fly through space.

In fairness to this perspective, I’ve had some pretty unrealistic flying-horse-related expectations ever since I saw Thor: Ragnarok. I built a stable on top of my house. However, the real problem with Captain Marvel is, we are assured, remarks made by its lead, Oscar-winning Brie Larson.

Ms. Larson has been vocal, astute and funny about the serious issue of lack of diversity in film criticism, explaining among other things, “Am I saying that I hate white dudes? No, I’m not. What I am saying is if you make a movie that is a love letter to a woman of colour, there is an insanely low chance that a woman of colour will have a chance to see your movie and review your movie. It really sucks that reviews matter, but reviews matter. We are expanding to make films that reflect the people who buy movie tickets … I do not need a 40-year-old white dude to tell me what didn’t work for him about A Wrinkle in Time. It wasn’t made for him.” And times being what they are, many feel there must be hell to pay for these words.

READ MORE: What it means that Justin Trudeau has taken Alpha Flight with Marvel Comics

It is a blessing that the hell-raising capability of the “Social Justice Warriors are Going to Turn All your Favourite Movie Characters Into Women While Simultaneously Banning Breasts” set mostly caps out at “whining on YouTube”—YouTube: The Place Gamergaters Go to Cry. The effect of their efforts has been negligible. It’s all turning out less “Lake of Eternal Fire” and more “It’s a touch warm, I’m not wearing a hoodie when I go to see Captain Marvel” tonight.

The film is predicted to make bank at the box office despite the best efforts of “There’s a Lady on the Poster and This Makes Me Grumpy”-gate.

However, I’m not here to judge anyone for being very silly about a comic book movie. I care about comic book movies. I just worry that those refusing to marvel at Captain Marvel will end up lost in Marvel Cinematic Universe. The MCU is growing ever more sprawling and interconnected. I am sure the good Captain will be back. I can already picture her swinging by to give Spider-Man a hand or dropping in after a credit sequence to warn Doctor Strange of an oncoming doom that needs wizarding away. My heart goes out to all these Captain Marvel boycotters. I fear they they will be left sitting in the theatre scratching their heads like so many angry, decidedly un-super-heroic Captain Americas, recently chipped from the pop culture ice, not understanding the reference.

I cannot imagine a crueller fate than being out of the loop on the high-flying, laser-blasting A Dance to the Music of Time of our time and with this in my mind I give you The Highlights of Captain Marvel: A Movie I Have Definitely 100% No-Take-Backsies Seen. If you are boycotting Captain Marvel, this is for you.

First of all, it’s great. Early in the film, our hero, “Vers,” discovers that she is really Carol Danvers, a U.S. Air Force pilot who once made the mistake, at the insistence of a superior, of watching every “Actually, It’s Doctor” Jordan Peterson YouTube video for “context.” A particularly impressive feat of transtemporal YouTube binging, given that Captain Marvel is set in 1995.

Danvers learns that, post-Peterson, she was forced to erase her own memories and go into space in order to prevent her eyes rolling out of her skull and tumbling straight into the alternate universe where everyone except Spider-Man is a dick for no discernable reason.

As for how she got her powers, Captain Marvel’s origin story is pretty simple. She got her powers when she left you. Yes, you. All of a sudden it was like she could fly. Also, she could literally fly, and she got all the friends.

In one surreal sequence, sure to become a classic, Nick Fury cries out desperately for help, begging Captain Marvel to rescue him from the terrifying “Friend Zone” in which some cruel villainess has trapped him. Then, just as Fury is beginning to abandon all hope, a vision of the titular character appears and explains to him that the “friend zone” does not exist; women do not owe anyone sex and it is only his own toxic masculinity that imprisons him.

Interestingly, although she has no lines, Charlize Theron as Imperator Furiosa has the most screen time of any character in the film, clocking 128 minutes of the film’s 125-minute run time. But you can never have too much Furiosa, can you, guys?

It wouldn’t be an MCU movie without an appearance from Stan Lee himself, but this one has an unexpected twist. Midway through his cameo as a hot dog vendor talking up his sauerkraut, Lee reveals that he’s actually three Anita Sarkeesians in a trench coat. The Sarkeesians spend the next 20 minutes discussing queer-coded villains in zombie games before melting a vintage Link to the Past cartridge with “feminist laser vision” and riding off into the sunset with a cry of “Gamers are dead! Excelsior!”

READ MORE: Marvel Studios announces the future of movies and the world

Captain Marvel spends four minutes talking about how small your dick is. Straight to the camera. It’s weird, but it works. Then, she flies backwards around the Earth so fast she reverses time, and the Kavanaugh confirmation.

“I have precognition and can generate the power of a star, but my greatest superpower is the freedom to make my own reproductive choices,” she explains to her sidekick, The Badernator, Ruth Bader Ginsburg’s cyborg clone, then they high-five.

In a tense and emotional climax, Captain Marvel defeats the villainous Yon-Rogg by explaining that “Of course Rey’s parents were nobodies. Anything else would have felt like a cheap rehash of The Empire Strikes Back and totally undermined The Last Jedi’s message that heroes arise from seemingly insignificant places.”

Unable to accept a protagonist who doesn’t validate his encyclopedic knowledge of the Star Wars Expanded Universe, Yon-Rogg retires from bad guy-ing to drink green space milk and write lengthy Reddit posts insisting that, “I don’t like sand. It’s all coarse, and rough, and irritating. And it gets everywhere … Not like you,” is the height of romantic dialogue.

Overall, Captain Marvel is a quality action romp and a strong start for Marvel Studios’ first leading lady. Still, I am curious to see how they’re going to bring back all the universe’s men in time for Thanos to kill half of them in Infinity War after Captain Marvel fatally “cancels” them in her post-credit stinger.

Anyway, sorry you missed it and I really hope this helps.