Editorial: Will we revert to some semblance of the old normal in 2022? Should we want to? 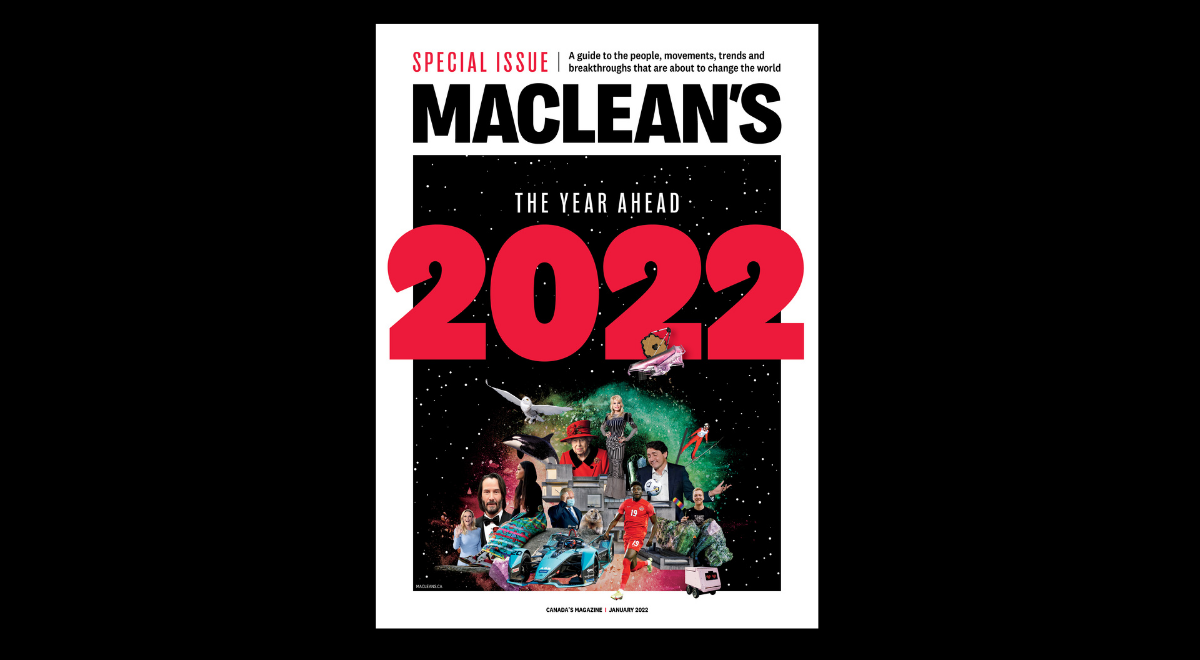 The pandemic has brought us no end of idioms, old and new, from “social distancing” to “covidiot.” Few, though, have served us as well as “the before times”—a bit of wistful shorthand for life before masks and border closures and denialist mobs who regard hospitals as symbols of state oppression.

The expression is a mainstay of apocalyptic sci-fi, whose origins are pleasingly on point. It’s been traced to a 1966 episode of the original Star Trek, in which the crew of the Enterprise encounters a planet full of children whose parents have been obliterated by a deadly pathogen; to them, the “before time” is a period when adults inhabited their world. Today, we use it for comic effect, as in: “Remember the before times? When we could sit inside a restaurant and eat brunch?”

But even a phrase used in jest can reveal something about our hopes and fears, and if we’re still resorting to words of longing in 2022, it is surely a sign of our shared anxiety about what lies ahead. Will we revert to some semblance of the old normal? Should we want to?

In the movies, the survivors of global catastrophe emerge blinking in the daylight to build a new society, leaving behind the problems of the old one. But look around Canada in 2022 and it’s pretty clear that’s not in the cards; the great challenges facing it before the pandemic haven’t gone away. Reconciliation with Indigenous peoples remains an unfulfilled aspiration. Our biggest trading partner, the U.S., seems indifferent to its commitments under the “new” NAFTA. Our second-biggest, China, is also our greatest international antagonist.

Most importantly, the country remains riven over the challenge of addressing climate change, committed to reducing greenhouse gas emissions to 45 per cent below 2005 levels within a decade, even as construction continues on pipelines to carry oil and gas to tidewater.

None of these issues lies beyond our capacity for creative solutions. And Canada appears uniquely poised to thrive in a post-pandemic world: its resources, educated population and stable government point to a future as a rich country whose prosperity arises from economic liberty, plurality and rule of law.

But as the pandemic recedes, new faults and barriers come into view. The polarization of our politics has accelerated, dividing our electorate by region, values and identity, to the point that one major party appears hopelessly fractured, and another governs with just 32.6 per cent of the popular vote, the least for a winner in Canadian history.

READ: How the pandemic has rewired our brains

Not coincidentally, political extremism has migrated from the swamps of the web to the mainstream, breathing life into a party that disparages immigrants and denies science. Technology has abetted these forces, transmitting the lies that are the extremists’ currency, while undermining the principle of privacy on which freedom rests.

All of this has occurred amid a growing awareness of atrocity that lies at the centre of our founding myths as a country. If truth and reconciliation are part of a continuum, we’re only beginning to come to grips with the first piece, truth, symbolized by unmarked graves of Indigenous children who died while attending residential schools.

Yet truth, painful as it can be, is an answer unto itself. This might be the greatest takeaway of the last two years: when our scientists publicly shared their findings; when our public health agencies published data showing the extent of danger; when our politicians left the varnish off their words and acted on evidence, the vast majority of us took our cues, masking up, staying home, getting vaccinated. In doing so, we avoided the worst COVID-19 could bring.

Here lies the solution to the conspiracy theories infecting our politics; to the devastation inflicted on First Nations; to the fantasy that we can fight climate change while building a fossil fuel economy. Let’s renew our shared commitment to what we know to be true, to what can be proven.

The sooner we get going, the better. We can start with the following hard and necessary truth: “the before times” are not coming back.

A selection of stories from our Year Ahead issue:

This editorial appears in print in the January 2022 issue of Maclean’s magazine. Subscribe to the monthly print magazine here.