Jen Gerson: Alberta has more than its fair share of political legends. Whether he's hero or villain—and he'll probably be both—Jason Kenney could be next. 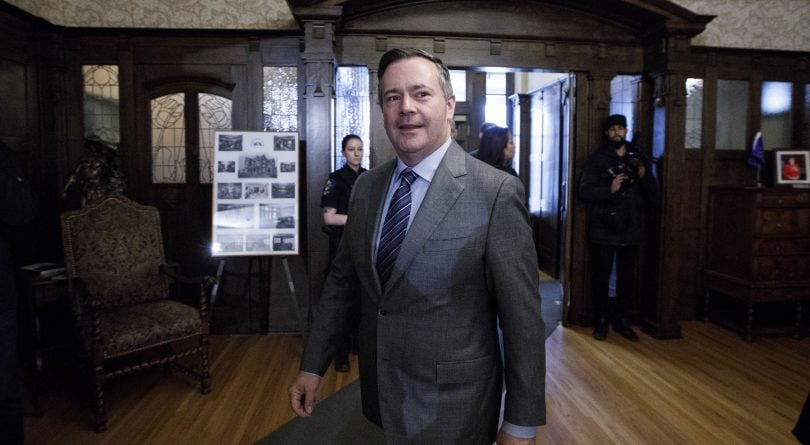 There is one resource that Alberta has proven to be particularly adept at grinding raw from the ground; whether it’s something in the soil, the water or the grievance-filled air, this is a province that reliably produces extraordinary political talent.

Alberta churns out iconic premiers like no other province, given its comparatively small population.

A couple of the more recent ones, Peter Lougheed and Ralph Klein, are evidence of this tradition.

The two were very different leaders who oversaw dissimilar political and economic agendas—though they were both fixtures of the Progressive Conservative pantheon that held one-party rule in Alberta for more than 40 years. Proof, perhaps, of just how flexible the banner of “conservatism” really is.

Lougheed remains most famous for his tricky constitutional wrangling, playing a formative role in enshrining the notwithstanding clause, and in entrenching the natural resource rights of the provinces when the Constitution was repatriated in 1982.

He is most admired, perhaps, for his threat to curtail natural gas shipments eastward at the height of the National Energy Program, dealing a significant blow to a federal government (then led by the elder Trudeau) determined to secure Alberta’s petrochemicals for central Canada at a discount to world prices.

Ralph Klein, then mayor of Calgary, was no ally of the East, either, referring to the young men flooding his city for work at the time as “bums” and “creeps.”

Both Lougheed and Klein remain legendary figures, each representing a totem to respective conservative tribes that have been at each others’ necks for decades. Lougheed was a Red Tory from the progressive wing of the party who came to power at a time when his Harvard credentials and patrician style were appreciated.

Klein was a politician of the people, unafraid to make big cuts to the public sector, pay down the provincial debt and speak bluntly to Alberta’s woes.

The myth of each is shattered a little by thorough inspection. Lougheed was the figurehead of a deeply progressive party when it came to power in 1971, spearheading economic policies that would have been socialist by modern standards.

RELATED: Rachel Notley fought like hell for Alberta, but the province isn’t about to thank her.

Klein, long cast as the crass baddie who blew up a Calgary hospital to pay off Alberta’s debt, also ramped up spending when natural gas royalties began to boom in the early 2000s.

In a weird twist of historic rhythm—there’s a lot of that in this province—Grant Notley, Rachel Notley’s father, served as an NDP MLA during Lougheed’s era. And Ralph Klein clashed often with a particularly petulant Canadian Taxpayers Federation (CTF) activist named Jason Kenney.

The CTF has a long history of aggressive and showy political advocacy, and Kenney, who was sworn in as premier of Alberta on April 30, seems already to be crafting a mythology that borrows from both Klein’s and Lougheed’s legacies.

His victory speech was directed as much to the rest of Canada as it was to fellow Albertans: half outreached arm, half threat.

“If Quebec and other provinces want to accept massive fiscal transfers generated in Alberta, then please help us develop our resources and get them to global markets!” he said.

In this, he evokes Lougheed’s statesmanlike belligerence; the late premier’s promise to cut natural gas shipments clearly echoed in Kenney’s own promise to turn off the oil taps to B.C. by proclaiming Bill 12 shortly after he came to office.

The tone of Kenney’s early days seems to be much more in the Klein tradition; the straight-talking white knight saddling up to save Alberta. “To the Rockefeller Brothers Fund, the Tides Foundation, Leadnow, the David Suzuki Foundation and all of the others: your days of pushing around Albertans with impunity just ended,” he said in his victory speech, to rapturous applause. “When multinational companies like HSBC boycott Alberta, we’ll boycott them.”

Kenney wants a “war room” to dispel myths about the province’s oil industry. We appear to be embarking on a great fight against a growing list of enemies: HSBC, Ottawa, B.C. and Quebec.

Whether any of this succeeds in getting a pipeline built, or attracting investment back to the province, is almost beside the point. A new legend is on the make. And Premier Kenney seems, already, to be destined to cut an aggressive figure on the national stage. He will be as polarizing as Klein and Lougheed. Villain or hero will be up to history—but depending on which side of the ideological and geographic divide you sit, probably both. An update will be needed to the old bumper stickers: let everyone freeze in the dark.

This column appears in print in the June 2019 issue of Maclean’s magazine with the headline, “A pipeline of political talent.” Subscribe to the monthly print magazine here.