America in 2020: King George gets his revenge

Scott Gilmore: It took 244 years, but his rebellious colonies have finally come back to embrace an authoritarian monarchy 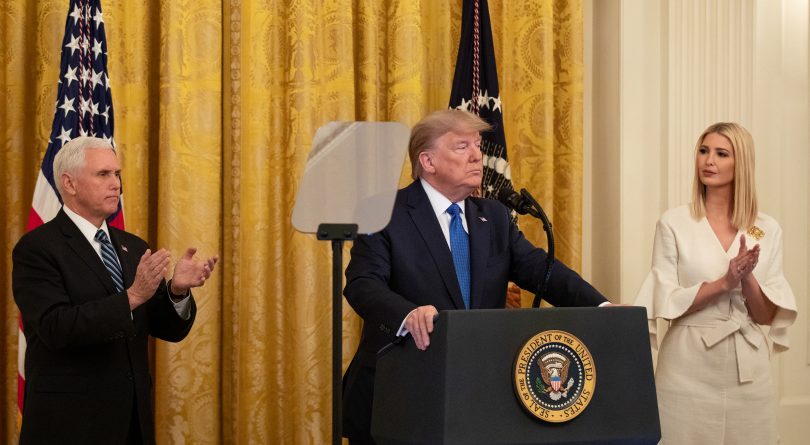 Even though we knew how this would all end, its arrival was still more stark than feared.

The Senate Trial of Donald J. Trump is now all but over. Only two Republican Senators (Mitt Romney and Susan Collins) voted to call witnesses, ensuring the motion would not pass and guaranteeing the President’s acquittal.

No one expected impeachment would lead to Trump being removed from office. In the age of the hyperpartisan GOP, there were never going to be enough Senators willing to break ranks and vote “guilty”.

And yet, the proceedings ended up being so much more cynical and corrosive than was feared. The White House shamelessly and successfully defied every attempt at subpoenaing witnesses or documents. The GOP defence presented an incredible political theory that anything the President does, if he believes it to be in his own interest, cannot be impeachable. And, as one Republican Senator explained, they all know he did what he was accused of, but they are going to acquit him anyway, so they don’t need anyone else to hear anymore details.

The result is that Trump is now free, and surely emboldened, to do anything he wants without fear of consequences—even to unilaterally give Alaska to Russia (an example used by Alan Dershowitz, a member of his own defence team). As daunting an idea as that is, the truly momentous outcome is the systemic change to Presidential power.

The United States broke from Britain and built a republic based on the principle there should be three distinct and equal branches of government: the judiciary, the legislature and the executive. For over two tumultuous centuries, this idea was respected. America grew from a messy collection of feuding colonies to the most powerful nation on earth, all the while balancing the three branches, each checking the failures and abuses of the other two.

Even at moments of acute crisis—the Civil War, the Depression, Watergate—the courts, congress and the White House kept each other in line. Occasionally power would wax or wane in one direction or another, but a republic it remained.

The acquittal of Trump has ended that. The Republican legislators openly and unapologetically announced at every stage they now work for the White House. As Senate Majority Leader Mitch McConnel stated at the beginning of the trial he was coordinating the entire proceedings with the White House—just before swearing an oath to protect the constitution and be an impartial juror.

And, presiding over it all, a quiet chief justice, appointed by Republicans and trusted by them to not raise any concerns when they openly did everything possible to ensure there were no witnesses, little evidence, and most importantly of all, no justice.

The Trump presidency began with a swift shift of power into the White House. Republican legislators did not even pretend they wanted to defend the legislative branch’s prerogatives. And, together, they swiftly appointed two of the most partisan Supreme Court justices in memory, as well as over 150 federal judges, assuring that the judicial branch is theirs for a generation or more.

And the Trump trial completed that shift by explicitly confirming the idea that the president is now above the law. Whatever he does in his own interest is by definition in the interest of the nation. The executive now stands alone, unchecked, all powerful.

The revenge of King George III took 244 years, but it is here. His rebellious colonies have abandoned their revolutionary ideas of republicanism and come back to embrace an authoritarian monarchy.

That this revenge should be visited on the United States by Donald Trump is perhaps just. He and King George share many things in common. They both tried to hide their German ancestry. Both married foreigners. Both disappointed in their children. Both slightly mad.

Regardless, the vengeance is done. The GOP may have wielded the knife, but the public supported it with their apathy. No one is marching in the streets. No one is protesting on Capital Hill.

Americans have turned their back on an idea that seemed to have worked for centuries. But, for the ironically named Republican Party and its supporters, those revolutionary republican ideals were evidently no longer of use. They now accept the United States must be solely led by only one branch: an authoritarian, powerful, unencumbered leader. King George would have agreed with this outcome entirely.